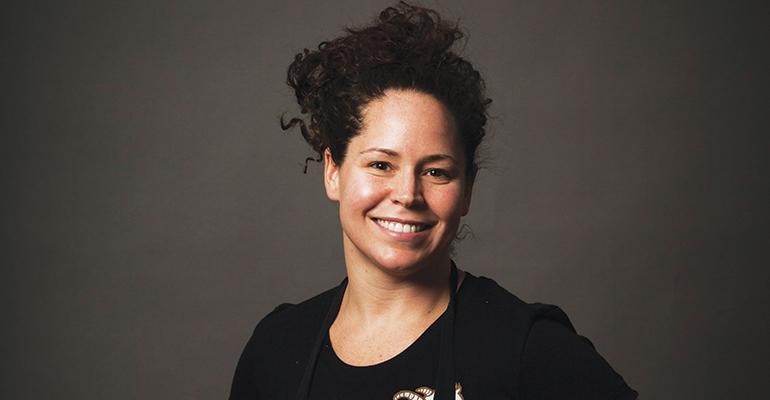 Izard gained fame when she became the first woman to win Bravo TV’s “Top Chef” cooking competition in 2008. Since then, she has proven herself to be among the industry’s most innovative chefs, as well as a consummate businessperson. She’s preparing for the fall 2017 debut of Goatfish, her new quarterly food, travel and adventure magazine. And she’s at work on her second cookbook, to be released in spring 2018.

Izard opened up about her creative process, what she’s drinking now and what she cooks at home.

How do you think up new dishes?

I draw a lot of inspiration from different cultures… so much inspiration from travel. If I’m reading about something, combing through a magazine on an airplane, I take a picture of [it] on my phone to remind me. I use the notebook on the phone. I take scrap paper and make notes while I expedite… then I take pictures of my scribble-scrabble. What techniques do you currently love? Your restaurants serve a lot of innovative cocktails. What are you drinking lately?

I get very excited when bartenders bring me new things to taste. We’re working on getting baijiu [a Chinese sorghum spirit]. We just got a list, finally found a source. Mezcal is one of my other favorites. I love the smokiness of the wood-fired grill, so I also love the smokiness of mezcal.

What do you typically cook at home?

My husband and I eat really simply at home. We use a rice cooker and eat stir-fry and rice. We have a wood-fired grill at home with a rotisserie. When I’m a little ambitious, when we have people coming over… we serve a whole duck on the rotisserie. I go shopping in my restaurants, whatever proteins we have.