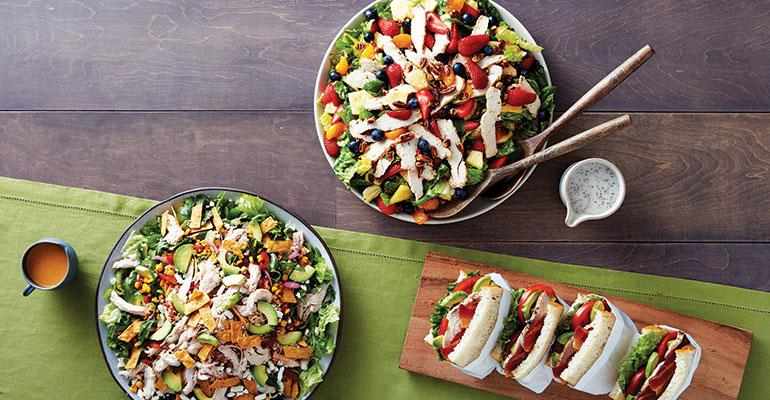 Leading by example with an extensive menu clean-up

When Panera Bread publicly vowed to do away with artificial ingredients and to only serve “clean” food by the end of 2016, there was no shortage of eyebrows raised.

In addition to eyebrows, a number of questions arose: Can Panera pull it off, and what does “clean” food really mean to a 2,204-unit fast-casual giant?

The answers, as it turns out, are yes, and quite a bit.

To start, the St. Louis-based company identified 96 artificial ingredients and additive classes — artificial flavors, preservatives, sweeteners, etc. — on what it dubbed a “No No List,” and began eliminating them from its recipes. The process involved reviewing more than 450 ingredients — 122 of which were reformulated — in the supply chain, impacting nearly every recipe.

“It’s a lot of work, but rosemary doesn’t necessarily cost more than titanium dioxide, or whatever it is,” Panera founder, chairman and CEO Ron Shaich told the Associated Press in 2015, in the thick of the menu revamp.

To rethink the way it prepares food, Panera and its food policy team partnered with more than 300 food vendors. Early this year, the company officially said that all menu items were “100% Clean” — free from all artificial flavors, preservatives, sweeteners and colors from artificial sources. In doing so, Panera, which was recently acquired by JAB Holding Co., saw a spike in quarterly earnings and became the first major restaurant chain to not only commit to removing artificial ingredients from everything on its menu, but to actually follow through on it.

It’s another forward-thinking move from a brand that has become the poster child for what a modern restaurant chain can look like, and how it can influence consumers and the competition. The fast-casual operator doubled down on its digital efforts and dubbed itself “Panera 2.0.”

“We’re proud of accomplishing this feat,” Sara Burnett, Panera’s director of wellness, said in a statement. “But we are even more proud of the potential impact on the broader food industry.”
Panera Bread PANERA CLEANS UP ITS MENU