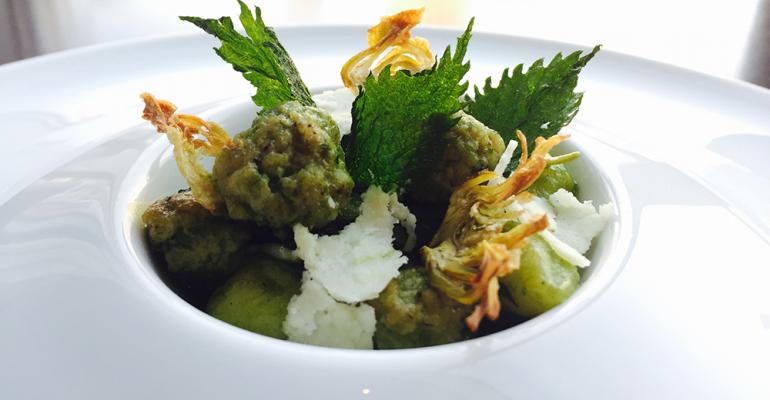 Future of Food: The other, other white meats

He’s among the growing number of chefs that are making use of the many meats besides chicken, beef and pork that typically populate restaurant menus. According to the USDA’s 2012 Census of Agriculture, 5,000 farms sold 853,000 rabbits nationally. Rabbits are filed under the “specialty livestock” category, and are becoming specialties on menus, too, with rabbit mentions seeming to multiply by the minute.

At Passatempo Taverna, chef Aaron Mooney’s restaurant in Walla Walla, Wash., rabbit pops up in a rustic hunter’s stew. And executive sous chef Larry Feldmeier of Chicago’s Sixteen created a dish called white rabbit with Castelmagno gnudi and nettle, a dish with a fine-foraged feel. Rabbit sausage is made in house with lean white rabbits from California, lard, and a kick of nutmeg and black pepper. It’s served on the pillowy gnudi with a light sauce of cooked (and safe to eat) stinging nettles.

Rattlesnake meat is also stirring up trouble — in a good way — at Zoup!, the 99-unit soup chain. Rattlesnake sausage stew has performed better than expected, according to Zoup! CEO Eric Ersher. The chain also began offering bison chili this year.