Flavor of the Week: Highballs — the whisky drinks of Japan 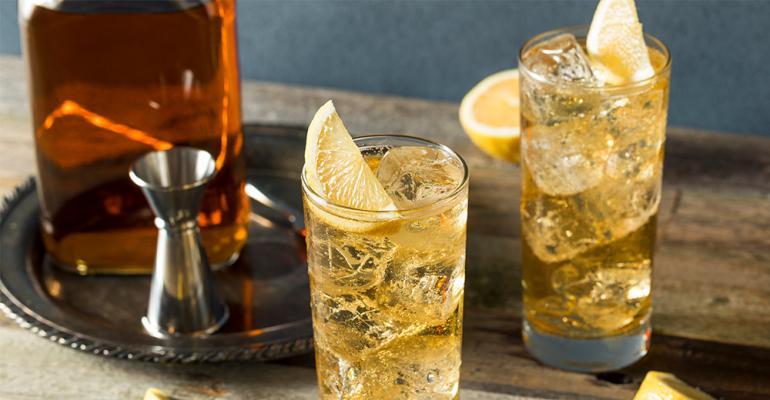 A highball is a straightforward alcoholic beverage comprised of a spirit and a mixer over ice in a tall glass — drinks like the Seven and Seven (Seagram’s 7 Crown Whisky and 7-Up), Rum & Coke, or Gin & Tonic. But these days it often refers to the Japanese version, which is usually Japanese whisky topped with soda It has spread in popularity in the United States in line with the growing popularity of Japanese taverns, or izakaya.

There are rituals that accompany the Japanese highball. The ice is to be stirred until frost forms on the glass, then any water is discarded, whisky is added and stirred (some purists say it must be stirred 13 times) before the mixer is added and briefly stirred again.

The drink is currently found on about 1.4% of U.S. menus and has seen an increase of around 78% over the past four years according to menu research firm Datassential.

Approximately 55% of the U.S. population is aware of the highball, 21% have tried it, the highest number among those who identify themselves as “foodies” according to Datassential. This offering is found mostly on bar menus at casual dining independent restaurants.