Flavor of the Week: Barbacoa trending among Millennials 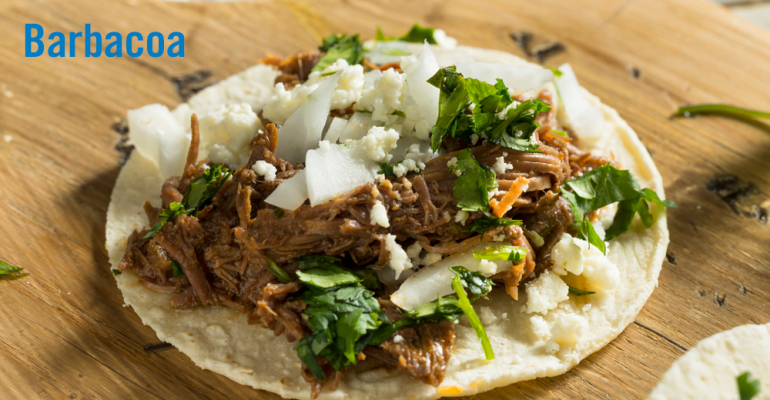 Barbacoa is a cooking process originating from the Caribbean that can applied to a variety of proteins but is most commonly found as beef in Mexican fare such as tacos and burritos.

Traditionally, barbacoa is made by cooking protein — usually whole animals — with aromatics in an underground oven, but in today’s kitchens, it can be made on a stovetop or in a slow cooker using any cut of meat that benefits from slow, low-temperature cooking.

Barbacoa’s appearance on menus in the United States has increased by 60.5% over the past four years, with awareness of the ingredient highest among Millennials and Hispanic consumers.