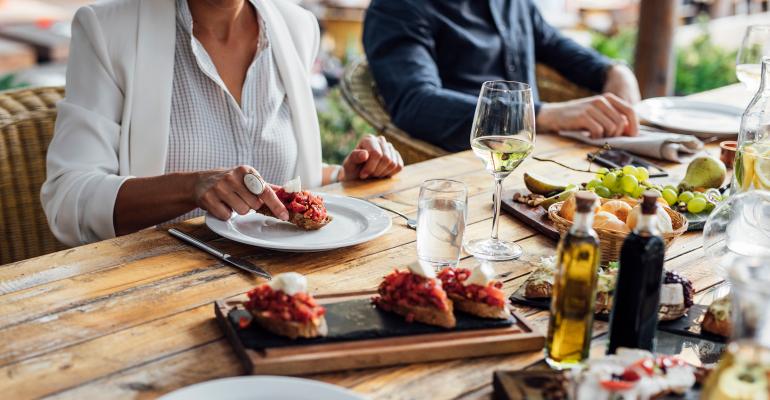 Restaurants posted another month of positive same-store sales growth in July, but the result was tempered by general concerns about the industry’s strength.

Same-store sales were up 0.5 percent for the month, a drop from the 1.1 percent increase seen in June of this year. More discouraging was the fact that July’s modest results were comparing to weak comparable sales from 2017.

The insights come from TDn2K’s Black Box Intelligence data, based on weekly sales from over 30,000 locations representing more than 170 brands and nearly $70 billion in annual sales.

“Restaurants had a terrible month in July of last year,” said Victor Fernandez, vice president of insights and knowledge for TDn2K. “With same-store sales down 3.0 percent, July of 2017 was the third-worst month in the last three years. Only two winter months hit by extreme weather posted weaker results. So the small uptick in sales in July is far from being cause for celebration given the extremely easy comparison. If anything, it was a great missed opportunity for the industry to post its best results in years.”

Underlying the industry’s weak sales is the persistent decline in guest counts. Same-store traffic dropped 1.8 percent in July, which also highlights the relative weakness of the month considering last year’s 4.8 percent decline. Restaurants may be getting a bigger piece of the overall food spending than grocery stores, but price increases are driving the increased spending. When it comes to traffic, chains have been losing guest counts to their many competitors every year since the recession.

“Significant economic momentum was carried into the summer that should allow solid growth to continue for the overall economy,” predicted Joel Naroff, president of Naroff Economic Advisors and TDn2K economist. “Despite a less than stellar July job gain, the three-month average was still extremely robust.

“But wage gains remain limited and continue to expand at a lethargic pace. While that has yet to affect consumer spending, which is being hyped by the tax cuts, it raises questions about the ability to sustain the solid consumption over the next year.”

The best performing industry segment based on sales in July was fast casual. Only two other segments, family dining and casual dining, reported positive sales for the month.

The labor markets continue to be extremely tight, with the unemployment rate at 4.0 percent or lower in the last four months. To further complicate things, job growth in the industry accelerated according to TDn2K’s People Report. The number of chain restaurant jobs increased by 1.7 percent year-over-year in June.

As a result, restaurant turnover for both hourly employees and managers continues at record-high levels. New and replacement positions constantly become available and employers are always on the outlook for new ways to fill the vacancies. Most operators still consider staffing to be one of their biggest pain points.

There is some small relief for restaurant operators with respect to hourly employees. Though still extremely high, turnover rates for hourly employees have begun decreasing slightly. This potentially indicates that turnover may have reached a peak and could be beginning to plateau at slightly lower levels.

Unfortunately, rolling twelve-month turnover for restaurant managers continued to increase in June. This is a critical performance metric the industry should be focusing on, given its relationship with hourly turnover, guest service sentiment and its linkage to same-store sales growth.

One factor supporting the continued trend of positive sales for the rest of the third quarter is the soft comparisons versus last year. Two major hurricanes disrupted major population areas in 2017 during the second half of the quarter.

“However, as July demonstrated, chains continue to face fundamental challenges and growth is highly dependent on being able to maintain check increases that offset declining guest counts,” Fernandez said. “As the industry laps over tougher comparable months in the fourth quarter, if consumers don’t start seeing some robust increase in their real disposable income, which the economy has been unable to deliver in the last two years, we may start seeing a reversal in the upward sales trend we have been experiencing this year.”