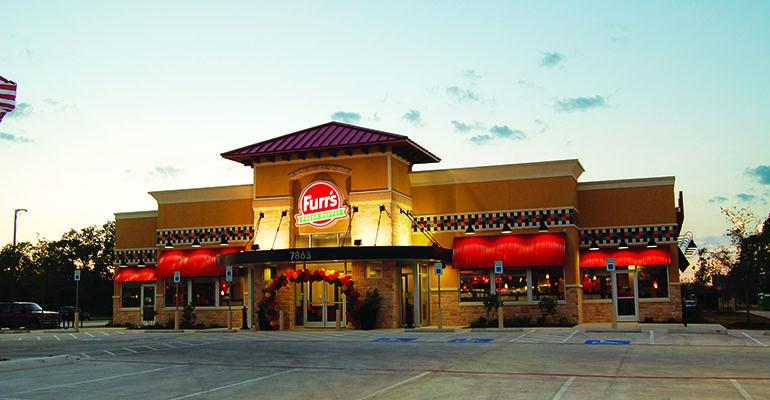 Parent of Ryan’s, Hometown Buffet and other chains files bankruptcy

VitaNova Brands, which manages Fresh Acquisitions’ restaurants through an agreement with the company, is providing a debtor-in-possession loan of $3.5 million, and said it would focus on operating the Tahoe Joe’s and Furr’s AYCE Marketplace banners going forward.

“The company plans to reopen as many Furr’s as possible, contingent upon pandemic restrictions and landlord negotiations,” she said.

Asked about the fate of other banners, the spokeswoman said it was “up to the courts.”

Last August, VitaNova, which previously had been known as Food Management Partners, said it was converting some of Furr’s locations to the AYCE Marketplace concept, which features a table-service, all-you-can-eat offering. It also added an online foodservice offering through ToGoKitchens.com, which offers brands owned by VitaNova.

Last October, the company said it was permanently closing four buffet units, including two Hometown Buffet restaurants in California, a Ryan’s in West Virginia and an Old Country buffet in Chicago.

“As with almost every one of our peers, buffet restaurants took the brunt of the loss of sales during the pandemic and as such, the path to success requires hard choices to be made, including the rationalization of our overall footprint,” said Jason Kemp, co-founder and CEO of VitaNova Brands, in a statement this week.

In the bankruptcy filing, Fresh Acquisitions listed its largest unsecured creditor as supplier Dynamic Foods of Lubbock, Texas, which is owed about $4 million. The company also lists multiple disputed breach of lease claims totaling more than $2 million, as well as several other rent and sales tax debts.

Fresh Acquisitions and its affiliates are party to 71 restaurant leases, which include 57 locations where restaurants “have ceased operations,” the company said in a filing with the bankruptcy court seeking relief from its rent burden.

“Even if the closed restaurant locations could be reopened immediately, the debtors believe that the short-term costs of maintaining the leases would outweigh any potential long-term benefits from operating the restaurants therein,” the filing stated.

The VitaNova spokeswoman said the recovery of buffet-style restaurants will depend upon the easing of dining restrictions.

“With the need for 75% capacity required to begin to turn a profit in the all-you-can-eat category, the short-term future of the buffet concept is heavily predicated on reopening restrictions easing further and consumers' appetite to return to large, shared spaces,” the VitaNova spokeswoman said