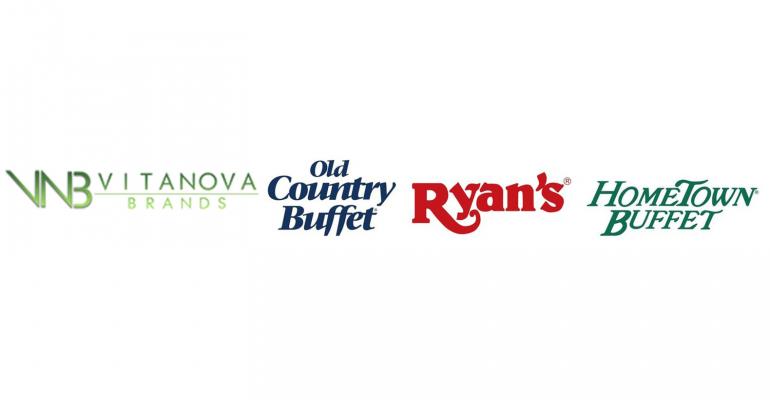 The four locations had been temporarily closed since late March, the company said.
Operations

San Antonio, Texas-based VitaNova, which itself rebranded over the summer, said on Friday two HomeTown Buffet locations in California, one Ryan’s in West Virginia and one Old Country Buffet in Illinois were permanently closed.

The four locations had been temporarily closed since late March, the company said.

Jason Kemp, president of VitaNova Brands, said in a statement that the locations had been suffering from declining sales before pandemic was declared in March and the company had been unable to find favorable terms on expiring leases.

“We needed to make the tough call to redirect our resources to other locations in order to continue to operate our restaurants under our new concept of AYCE (all-you-can-eat) and Marketplace," Kemp said in a statement.

“We will do everything in our power to relocate employees and assist others impacted with access to available local resources,” Kemp said. The company said it had notified impacted furloughed employees of the restaurants’ permanent closure, and that remaining vacation and sick time off and other benefits were paid to those individuals.

The closed locations are:

VitaNova, in its rebranding, has dealt with the COVID-19 pandemic by moving some of its concepts to an “all-you-can-eat marketplaces” format and converting some areas of restaurants, such as party rooms, to kitchens for delivery and pick-up options.

“Like many other businesses, we've had to shift our focus and vision of service. The pandemic has affected everyone around the globe,” said Misty Moren, the brands’ marketing manager, in an August press release. “Our priority is to protect our guests and our team members while still being able to offer the top-notch service and food that our guests expect."

AYCE Marketplace launched in 11 locations and offered all-you-can-eat but elevated with table service.

“Guests will now have food served directly to their tables, so they do not need to leave their seats,” the company said.

“As people are more conscious of their trips outside of their homes, we've developed a one-stop-shop for them to pick up delicious hot or cold meals plus other goods they may need and use in their kitchens,” Moren said. “These shifts in service allow us to maintain our commitments to convenience and innovation while also offering our employees an opportunity to return to work.”

In 2018, FMP divested its stake in family-dining chains Coco’s Bakery Restaurant and Carrows Restaurants in a deal with Beaverton, Ore.-based Shari’s Management Corp.