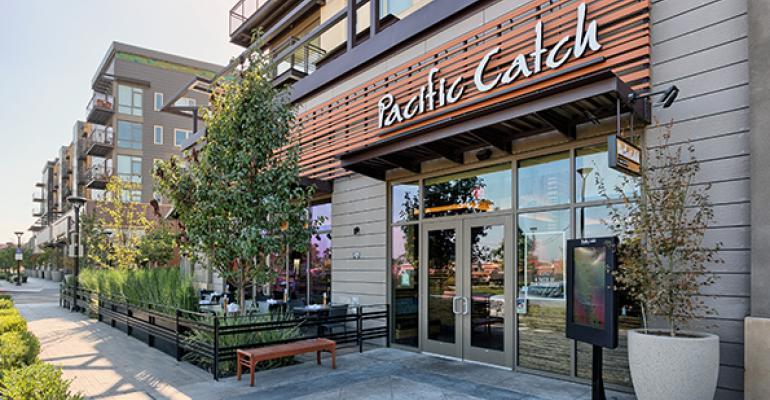 Pacific Catch has received a significant investment from private-equity firm Brentwood Associates, with plans to grow the polished-casual seafood chain along the West Coast, the restaurant operator said Tuesday.

Terms of the deal were not disclosed, and Pacific Catch would not disclose whether Brentwood was taking a majority stake.

Steve Stoddard, who joined Pacific Catch as CEO in 2013, will continue to lead the existing management team under the deal, the company said.

“Brentwood Associates are going to be partners with us. They’ll help us grow our concept, and it’s the right time to expand up and down the West Coast,” Hanson said.

The chain plans to add three restaurants in 2017, and five locations the following year, scaling up from there, Hanson noted. All restaurants will be company owned.

Both remain as equity stakeholders, along with private-equity firm Pacific Community Ventures, which led a $4 million investment round in Pacific Catch in 2010.

Rahul Aggarwal, partner at Brentwood, said in a statement, “Pacific Catch is a highly differentiated restaurant concept with excellent leadership, an inspiring and flavorful menu and a great culture of supporting community and sustainability. We look forward to our partnership with Steve and the rest of the team.”