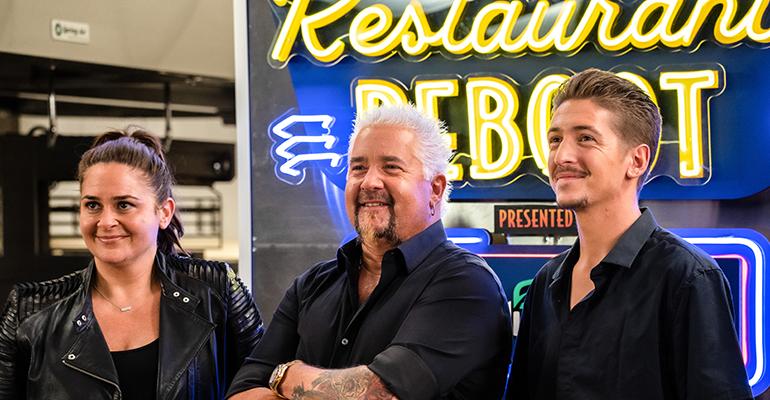 Guy Fieri hosted Guy’s Restaurant Reboot and distributed around $300,000 in grants to restaurants and individuals this past weekend.
Finance

Guy Fieri, who raised $25 million for restaurant relief in 2020, gives around $300,000 away during Guy’s Restaurant Reboot

Guy Fieri, who in the first weeks of the pandemic raised over $25 million with the National Restaurant Association Educational Foundation (NRAEF) to assist restaurants financially, hosted Guy’s Restaurant Reboot last weekend and distributed around $300,000 in grants to restaurants and individuals.

The event, which was livestreamed on June 12, distributed previously raised funds to 11 restaurants and individuals who are in school to further their foodservice education. It featured a celebrity-packed lineup as well as musical performances.

“The hospitality industry is as resilient as any, but this past year has been a challenge like we’ve never seen,” Guy Fieri said in a release. “Guy’s Restaurant Reboot Presented by LendingTree is all about great people and companies coming together to inspire and encourage the future of our restaurants and the hard-working entrepreneurs behind them.”

Celebrity chefs on the livestream hosted talks with other chefs discussing various topics in the industry. Such talks included José Andrés’ thoughts on what critics need to not do when the pandemic is over, chef Cat Cora and Buddy Valastro’s insight on supporting women in the hospitality industry, and Alex Guarnaschelli’s predictions on the future of dining in New York City. Marcus Samuelsson, Jon Taffer, Robert Irvine and Matthew Kenney also hosted talks with management platform SpotOn.

Celebrities including Shaquille O’Neal, Rob Gronkowski and Kane Brown created dishes for their local restaurants, which were available for purchase on GrubHub throughout the weekend.

“We’re proud to partner with Guy and his team to inspire, encourage and provide financial assistance to these five incredible California restaurants during this critical time,” said Alycia Harshfield, executive director for CRAF. “Restaurants were especially hard-hit by the pandemic, creating unprecedented challenges for owners and their employees and a void in the hearts of American diners; I think we’re all ready to return to the table. Teaming up with Guy’s Restaurant Reboot is an exciting opportunity for us to foster support for California restaurants and further rebuild the industry.”

Fieri’s initial Restaurant Employee Relief Fund (RERF) was launched in March 2020 and in less than two months, the fund had over $25 million. The RERF distributed $500 grants to restaurants and ultimately helped almost 50,000 restaurants.

Since then, the government has begun to distribute funds through the Paycheck Protection Program and the Restaurant Revitalization Fund, the former of which was a loan to be repaid and the latter of which is a grant program. Fieri’s fund distributed money with the NRAEF months before any other financial programs were put in place on a large scale.