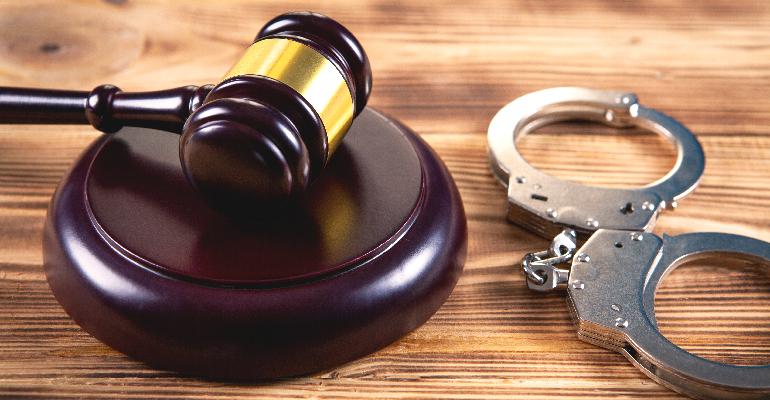 Sargis Zubov / iStock / Getty Images Plus
U.S. Justice Department officials said Tuesday that David Staveley, also known as Kurt Sanborn, of Andover, Mass., has been charged with conspiring to seek the Small Business Administration loans, claiming to have restaurants that were not open prior to the COVID-19 outbreak.
Finance

David Staveley allegedly applied for $438,000 in loans for three restaurants that were closed or he didn’t own

A former restaurant operator is among the first to face federal criminal charges for fraudulently seeking more than $438,000 in Paycheck Protection Program, or PPP, funding for businesses that were either closed or that he did not own.

U.S. Justice Department officials said Tuesday that David Staveley, also known as Kurt Sanborn, of Andover, Mass., has been charged with conspiring to seek the Small Business Administration loans, claiming to have restaurants that were not open prior to the COVID-19 outbreak. He also claimed to operate one restaurant that he did not own. Charges include making false statements, conspiracy to commit bank fraud and identity theft.

Court documents for the case were not immediately available, and Staveley and attorneys could not be reached.

According to the Justice Department, Staveley allegedly applied for the PPP loans, saying he had dozens of employees at three restaurants he owned — two in Warwick, R.I. and one in Berlin, Mass. An investigation determined that one of the Rhode Island restaurants, the former Remington House, and the Massachusetts restaurant On The Trax were not open for business before the pandemic started, or since.

On The Trax, for example, had closed by March 10, when it lost its liquor license for a number of reasons, including that Staveley/Sanborn had allegedly misrepresented that his brother owned the restaurant. The defendant also allegedly used his brother’s identity in other real estate transactions, the department said.

The Remington House reportedly closed in 2018, after 18 years of business.

The Justice Department said Staveley did not own or have any role in the second Rhode Island restaurant, called Top of the Bay. Restaurant officials at Top of the Bay did not immediately respond to requests for comment.

Charged along with Staveley was David Butziger of Warwick, R.I., who applied for a PPP loan on behalf of a business called Dock Wireless, claiming to have seven full-time employees, though several of the alleged workers told investigators they had never worked for Butziger or Dock Wireless.

Justice Department officials indicated they would aggressively root out abuse of the PPP program, which was implemented as part of the Coronavirus Aid, Relief and Economic Security, or CARES Act passed by Congress in March.

“As alleged, David Staveley and David Butziger tried to capitalize on the coronavirus crisis by conspiring to fraudulently obtain more than half a million dollars in forgivable loans that were intended to help small businesses teetering on the edge of financial ruin,” said Joseph Bonavolonta, special agent in charge of the FBI’s Boston field office, in a statement. “Thankfully, we were able to stop them before taxpayers were defrauded, but today’s arrests should serve as a warning to others that the FBI and our law enforcement partners will aggressively go after bad actors like them who are utilizing the COVID-19 pandemic as an opportunity to commit fraud.”