The role is a new position for the Tustin-based company, one of the first players to enter the build your own pizza space. Berkes, who started Aug. 10, replaced vice president of marketing Chad Bailey, who is no longer with Pieology, the company said.

Berkes, who previously held various international roles at Pizza Hut, will oversee expansion of Pieology's global growth, as well as its domestic expansion, the company said.

“Adrienne is an accomplished marketing strategist with strong QSR retail experience and a passion to build brands,” Pieology CEO Gregg Imamoto said in a statement. 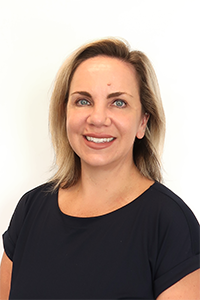 At Taco Bell, she held various positions including director of brand marketing. Most recently, she helped launch the chain’s delivery program with Grubhub.

“It goes without saying that Adrienne will bring deep domain expertise to our team,” Imamoto said.

At Pizza Hut, she was chief marketing officer for the brand’s U.K. and Ireland division and chief sales and brand officer for Pizza Hut’s European markets.

She said she is “absolutely thrilled” to be joining the Pieology team.

“My priorities will be driving innovation, our consumer’s love of Pieology and opening new markets for Pieology as we move forward,” she said in a statement.

Earlier this summer, the chain opened its first restaurant in China.

The company has agreements with a handful of master franchisees to substantially grow its footprint in China, Mexico and Spain over the next five years.

In June, the company, which has about 130 locations, announced an agreement with franchisee Pizzarium LLC to build units in Florida.

The company has had several executive changes over the last few years amid a heated battle among fast-casual pizza concepts. In 2018, the company began focusing on growing through franchising.

Carl Chang founed the first Pieology in Fullerton, Calif. in 2011. Though it was an early player in the fast-casual pizza space, the brand has fallen behind category leaders MOD Pizza and Blaze Pizza, in terms of sales, and unit growth.