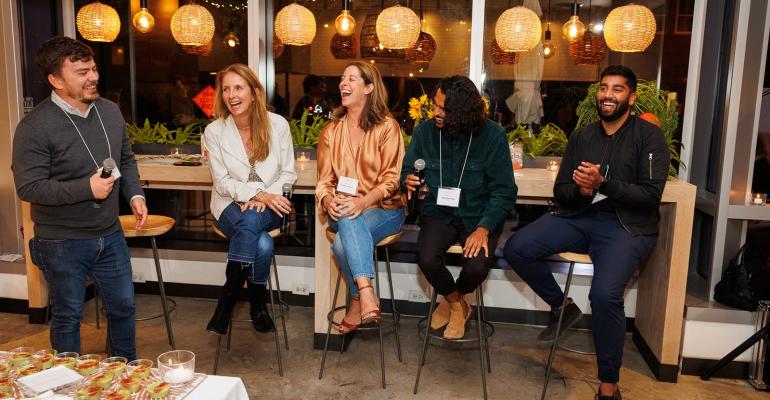 There are always more things to learn about running restaurants, and four successful operators shared their experiences of turning their visions into reality at a meetup in Washington, D.C., organized by Nation’s Restaurant News in the first of a series of CREATE Roadshows planned for the coming year.

Hosted by Bettina Stern and Suzanne Simon, co-founders of three-unit vegetable taqueria Chaia, at their restaurant in Washington, D.C.’s Chinatown, those operators shared the stage with Sahil Rahman and Rahul Vinod, co-founders and co-CEOs of another local concept, 4-unit fast-casual Indian chain RASA.

Both concepts were named “Breakout Brands” by NRN earlier this year. 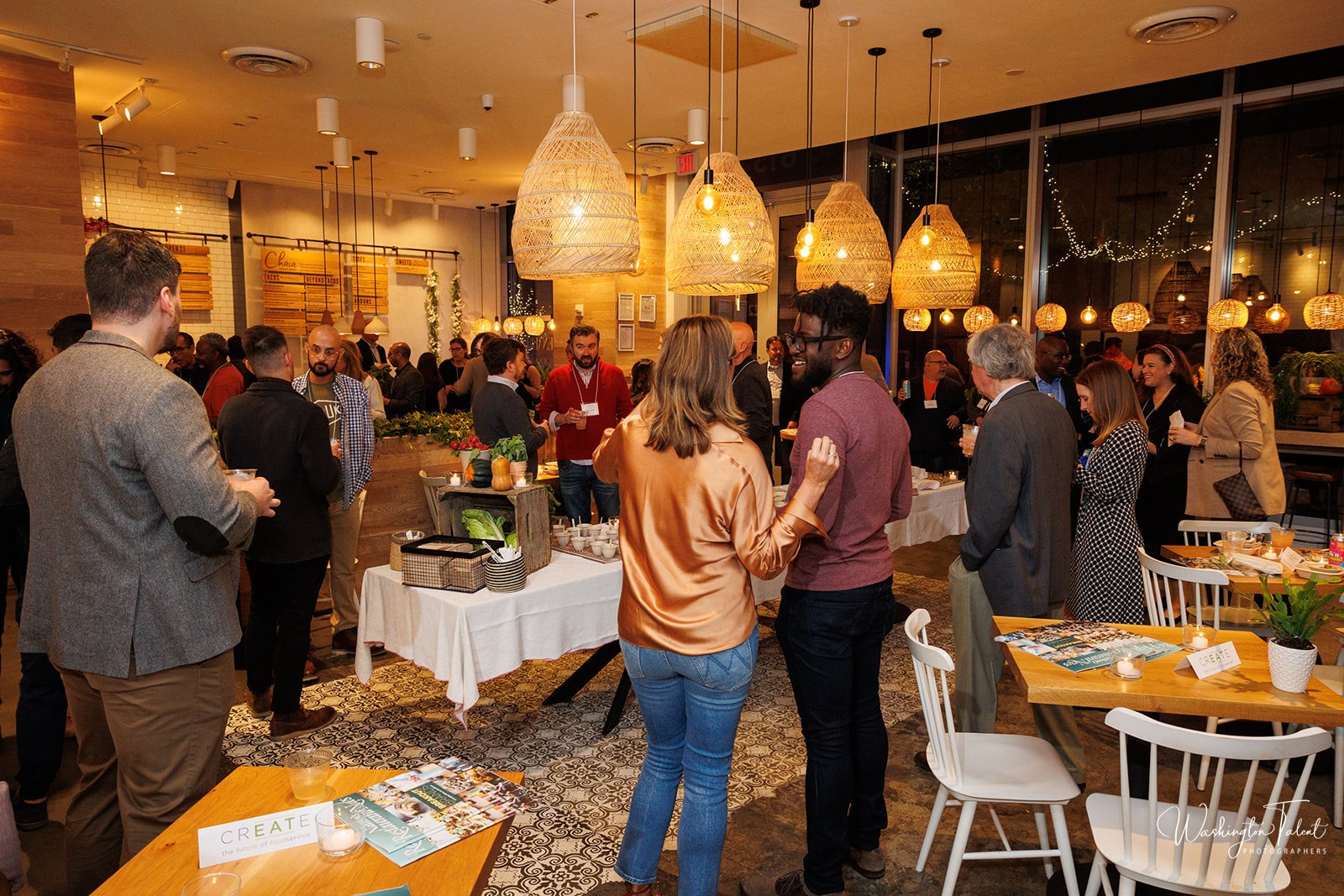 CREATE Roadshow events give restaurateurs an opportunity to network with their peers.

Related: How the founders of D.C.’s RASA are changing the perception of Indian food

Stern said she and Simon opened the first Chaia location in the D.C. neighborhood of Georgetown in 2015 because they wanted to start a concept with no meat.

“We decided to start a concept that was based around eating more vegetables,” she said, and described the food at Chaia as “hand-griddled corn tortillas filled with seasonal local deliciousness.

“We weren’t here to tell you what to do. We wanted to introduce you to foods that are incredible, in season, and if cooked right … we could make it easy to eat really good food.”

Apart from delicious food, Stern said Chaia’s mission is to support local communities and bring sustainability and other good practices into the fast-casual segment, and also to create beautiful restaurants where people wanted to spend time: “We wanted to create places that you wanted to hang out and we would feed you food that was good for you and good for the planet.”

Simon added that they didn’t generally promote the restaurant as being vegetarian, but just as a place that serves great food, and she said that resonated well with the community.

“We’re seeing in our restaurants that people in D.C. are really attracted to coming to someplace where they’re going to [eat] something delicious, healthy, fresh — that’s what they’re looking for.”

Vinod said that he and Rahman were both raised in the Maryland suburbs, that their parents all immigrated from India in 1985, and both of their fathers were chefs in Rockville, Md.

“We really felt like we were ambassadors not only of the food, but the culture as well,” Vinod said, noting that their friends had misconceptions about Indian food — that it was all spicy, or all curry, “all sorts of different stuff.”

They would drag their friends to their fathers’ restaurants “and they would leave almost evangelized,” he said. But they still didn’t seek it out very often.

So he said RASA was founded to make the cuisine they grew up with more widely available.

“We really felt that Indian food, while it has gained a lot of popularity, is still largely inaccessible,” he said.

By putting it in a familiar fast-casual setting they took away the intimidation factor, he said.

“The traditional Indian restaurant has 100 items on the menu, and if don’t go with your Indian friend you feel intimidated to walk in, or you order butter chicken, saag paneer and garlic naan,” he said, referring to popular, unadventurous menu items in Indian restaurants.

“We really tried to simplify that with an easy-to-understand menu in a warm, inviting atmosphere.”

Rahman said it has been interesting to see the American palate evolve since the first RASA opened in 2017.

“People are much more adventurous today,” he said, and willing to eat more vegetables and to try new flavors and spices they might not be familiar with.

“Part of our success is really meeting people where they are — maintaining the authenticity of our flavors and our cuisine, and at the same time not shaming people for not understanding,” he said.

However, they have had to make adjustments, and they learned exactly what they needed to adjust by working every day and speaking to their customers.

Vinod said that, remembering non-Indians being wary of the spiciness of Indian food, They started out making most of their food so mild that their customers complained it was inauthentic.

“We had a spicy sauce, but for the guy who was looking to blow his brains out, it was not hot enough for him,” he said.

So they worked with Vinod’s dad to come up with a hot sauce.

Apart from that, they needed to professionalize their businesses. Simon said they are learning to rely more on data to understand what their customers are praising and criticizing consistently, and they have also hired professional management.

“I think in this next growth phase where we’re bringing in other folks to help us … I feel like Suzanne and I have built a business that we’re passionate about, that we think is a great idea, but we didn’t know what we were doing,” Stern said. Now they’re bringing in people who can help them scale, systemize operations and create efficiencies.

Rahman said it’s important as founders to be honest with yourselves about what you’re good at and where you might look to hire people with expertise in areas that you lack.