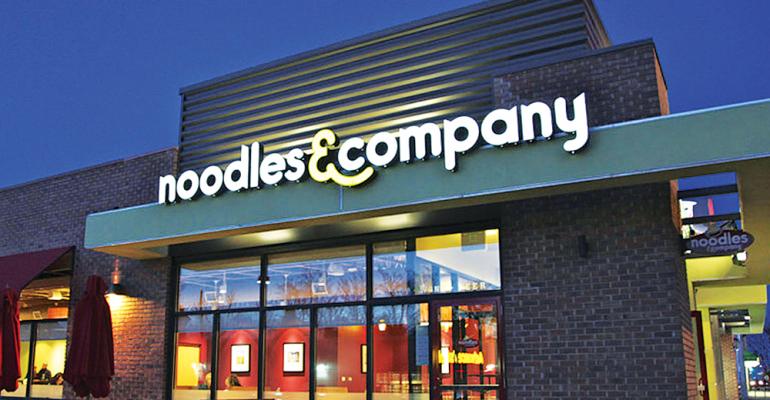 Related: Podcast: Finding it hard to order on the keto diet? Noodles & Co. has the answer

Hermann, who has more than 25 years of marketing experience, was hired to the position created for him in March of 2018 as the company was attempting to recover from years of sluggish performance. He was charged with developing and executing the company’s marketing, menu and culinary strategies.

Since then the company largely has recovered, and in the most recent quarter reported a 4.6% increase in same-store sales. That followed a menu revamp that included game-changing zucchini noodles that CEO Dave Boennighausen had credited with the 457-unit chain’s turnaround.

The chain has also accelerated off-premise sales and earlier this week relaunched its app and loyalty program with a switch to a point-based system that allows guests more flexibility in earning rewards.

Also this week, Noodles & Company launched a new pasta containing wheat and cauliflower called “caulifloodles” and announced the removal of fountain drinks as an option from the kids’ menu, which now offers organic juices and milk.