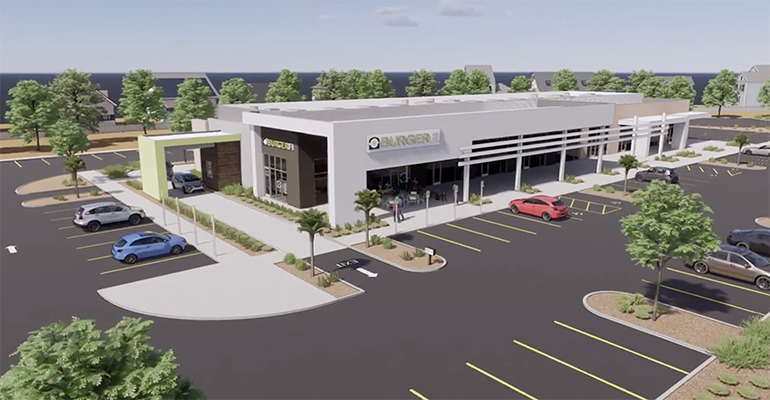 New prototype expected to open in early December in Kentucky, with others to follow

The drive-thru prototype is set to open in early December in Hamburg, Ky. The franchise owners, who already operate 10 BurgerFi locations, used an existing restaurant layout and drive-thru to open this new unit.

For its first drive-thru, the company used new CEO Julio Ramirez’s experience as the executive vice president and chief operations officer at Burger King to get the model up and running.

“We went from our online digital business being around 25% before COVID, and now it's upwards of 60% so we’re realizing that people were looking for creative ways they could get our food without necessarily coming inside the restaurant,” said Ramirez.

That includes this new drive-thru as well as expansion of the brand’s large ghost-kitchen network, which enables them to reach markets like Chicago and Miami without the expensive real-estate costs. Those locations are in partnership with Reef and Epic Kitchens.

At the new drive-thru, BurgerFi is releasing new menu technology to help customers along the way as they wait.

The menu board will have video and moving elements and offer traditional – but trimmed down – menu items. As the customer waits, they can see the products the chain is promoting, specials and, eventually, an order confirmation with the exact total before they reach payment so there are no surprises.

“When I was at Burger King, the digital stuff was just beginning, so now we have a chance to really play that up [at BurgerFi’s drive-thru],” he said. 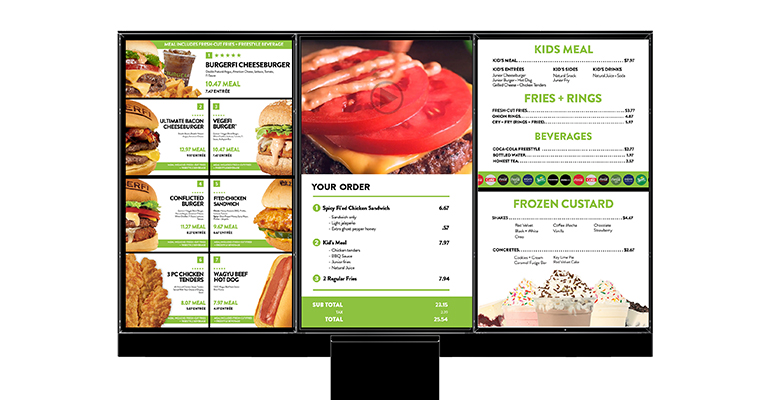 While the traditional QSR drive-thru experience often leads to high wait times, Ramirez is confident that the team picked menu elements that will keep the customer’s wait between five and seven minutes, with the option of a waiting area out of line for more customized items.

Many of the menu items are hand-crafted, such as Ramirez’s favorite, the onion rings, so the wait time will inevitably be higher than Burger King’s. But Ramirez feels customers want the better-burger experience BurgerFi offers, and are willing to wait.

“For high quality, people will wait a little bit, so if we take five minutes, even up to seven minutes, we’re okay that’s right in the wheelhouse,” he said.

New menu additions for the drive-thru unit include an express option, which is a bundle of promotional items that are sold together as a meal, removing the burden of making a decision about food on the days the consumer is too overwhelmed.

BurgerFi follows in the footsteps of fast-casual chains such as Shake Shack, which this year invested in drive-thrus and has announced plans to expand the initiative, and Chipotle’s Chipotlanes.

While fast-casual chains are entering the drive-thru market, many quick-service brands are modernizing their own drive-thru experiences by incorporating new contactless elements and sleeker designs. 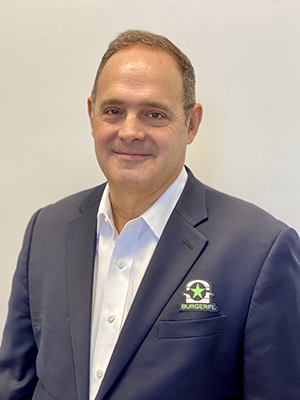 “Drive-thrus have been around forever and COVID has prompted fast casual to change and take a look at a drive-thru as a new format,” Ramirez, left, said.

His 26-year career at Burger King helped to push these changes at BurgerFi.

“The only regret I had [at Burger King] is I never ran the entire company, I was just number two,” he said. In his first role at number one, Ramirez is making a lot of changes to gear BurgerFi up for growth and success.

There are currently 32 units in the pipeline in the next two years for BurgerFi, of which 17 are company-owned and 15 are franchised. Fourteen of the franchise units will be a second or third location for current franchisees.

The new units are gradually moving up the eastern seaboard, as Ramirez said BurgerFi doesn’t want to expand into a market it’s unsure of without a true partner.

The next plans for BurgerFi are to have a group of restaurants in Atlanta that could become a central training center. Some of those units are in the pipeline now.

BurgerFi entered into a definitive agreement with OPES Acquisition Corp. in June as part of a $100 million deal to take the brand public. President Charlie Guzzetta discussed the chain’s plans to go public in late 2020 on the latest episode of Nation’s Restaurant News’ podcast, Extra Serving.

BurgerFi has over 125 units and reported sales of around $9 million for the latest quarter, according to OPES Acquisition Corp.