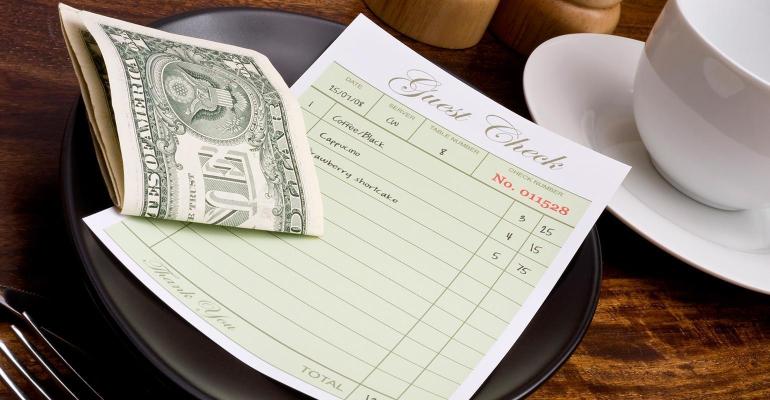 Several restaurant chains raised their prices above what customers would tolerate, according to data from Revenue Management Solutions and MoneyGeek

With continued supply chain issues and inflationary pressures mounting, it’s no wonder that most restaurants raised their prices this year. In fact, according to the Bureau of Labor Statistics’ Consumer Price Index, food away from home prices increased 8% from Aug. 2021 to Aug. 2022.

But where can you find the biggest price increases? According to research published by personal finance technology company, MoneyGeek, San Francisco has edged out Los Angeles and New York City to be named the most expensive city for a burger, fries and a soda, with the average meal at major chains costing $15.30 in San Francisco, $14.59 in Los Angeles, and $14.22 in New York City (the other cities in the top 10 included Long Beach, Washington, Philadelphia, Boston, Sacramento, Seattle and Mesa).

And while it is true that nearly every restaurant chain raised its prices at least once over the past year, some did so more than others. Using prices listed on Grubhub and allmenus.com, MoneyGeek crunched numbers to determine that Burger King had the largest percentage price increases on average over the past year, as the average price of a Burger King meal grew a whopping 21% from $6.76 to $8.18. These estimations based on menu prices available online blow past Restaurant Brands International’s August endeavors to keep their prices in line with the Consumer Price Index, which has been in the high single-digit percentages since the summer.

While these numbers should be taken with a grain of salt — especially since Wendy’s similarly said that the company has been raising prices in line with the Consumer Price Index and took a 6% price increase last year — these brands could be in danger of turning off customers.

It’s crucial for operators to find the sweet spot between raising prices enough to grow their bottom line and making sure customers can still afford to walk in the door. Data released by consumer behavior firm Revenue Management Solutions may have found the breaking point for what customers are willing to spend, after analyzing price percentage increases from 2021 to 2022 and how they correlate with traffic:

“When price increases went beyond 10%-13%, traffic started to severely decline, negating some or all of the net sales benefits,” Revenue Management Solutions director of consulting services Scott Foxworth said in a statement.

However, the research did find that most locations were below the threshold at around 9-10%. This correlates with a trend observed by RMS researchers that 45% of consumers are going out to eat less and that when they do more consumers are trading down — ordering less expensive items or going to cheaper restaurants — than they had in the past.

“Though the average price increases among observed brands fell below the threshold, the future is still uncertain,” RMS COO Mark Kuperman said in a statement. “Some brands have an opportunity to increase margins with additional price increases, while others may have already hit the breaking point – even at a lower percentage increase.”