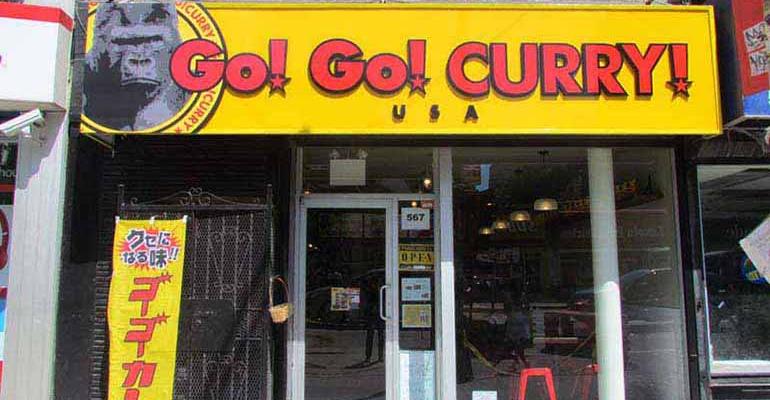 5 Japanese chains that are growing in the U.S.

The swift rise of ramen restaurants across the U.S. has inspired a new wave of Japanese concepts that are not focused on sushi.

Sushi is now considered as much a part of the American culinary experience as pizza. Ramen restaurants can be found in most major cities. And now, a growing number of chains based in Asia are seeing opportunity in the U.S., saying diners are ready and willing to try new dishes from Japan.

Asian flavors in general are popular: More than half of American consumers want to see more Asian-inspired dishes on U.S. restaurant menus, according to Datassential.

Here are five Japan-born or -inspired chains that are plotting growth across North America: Uncle Tetsu, based in Japan, specializes in ultra-light and fluffy cheesecake that is comparable to soufflé. The chain already has two locations in the U.S., in Hawaii and California, through a partnership with Panda Restaurant Group Inc.

So popular is the chain that when a new location opens, long lines and wait times beyond an hour aren’t unusual. Panda Restaurant Group plans to expand Uncle Tetsu across the U.S.

Uncle Tetsu was founded in 1985 by Tetsushi Mizokami and has more than 80 locations around the world. The first mainland location of Crackin’ Kitchen opened in Pasadena, Calif., in March, featuring a Hawaiian spin on Cajun-style seafood cooked in a bag with various sauces.

It’s the latest growth concept in the U.S. from Japanese conglomerate Toridoll Holdings Corp., which also operates the growing Marugame Udon concept, which has units in Los Angeles and San Francisco.

The original Crackin’ Kitchen first opened in Waikiki, Hawaii, in 2015, and is part of a growing portfolio of brands that Toridoll plans to expand in the U.S. Toridoll, based in Japan, operates about 1,396 restaurants worldwide, including 994 units in Japan, across 20 concepts.

Crackin’ Kitchen’s menu was developed by Takeshi Omae, who earned a Michelin star at the Tokyo restaurant Morimoto XEX, and who was a sous chef on “Iron Chef America.” He also had a restaurant in Las Vegas called Japanese Cuisine by Omae.

Customers order seafood by the pound, including snow crab, shrimp, clams and mussels, with a choice of sauces. The bags are brought to the table, opened and spread out on wax tablecloths for diners to dig in with crackers, gloves and bibs, Teramoto said.

Unlike the original location, the Pasadena restaurant also features Mussel Pots, allowing customers to choose from about 15 sauces.

Toridoll plans to grow another fast-casual stir-fry concept called Wok to Walk, which has multiple locations in New York and is scheduled to open in Hawaii in early summer.

Junkichi, a new robata izakaya hybrid, is scheduled to open in April, in Seattle.

The concept was developed by Bellevue, Wash.-based Plenty USA Inc., which is also a master franchisee of the Japan-based Hokkaido Ramen Santouka chain, with roughly 15 locations across the U.S.

Junkichi will serve as both a robata concept with a menu built around foods grilled over carbon-charcoal binchotan, as well as a gastropub-like neighborhood izakaya with tapas-style dishes, cocktails, beer, wine and a wide selection of sake.

If the concept does well, the group intends to franchise, said Edward Wintermyer, the restaurant’s manager.

“This is a very wide-open space, and at the counter-top to the kitchen will be chefs stationed at a sushi and sashimi station,” Wintermyer said. “At a robata station in the center of the room, we’ll have a roughly 10-foot display of fresh ingredients,” where the chef will grill.

Selections might include locally-sourced ingredients like live scallops or oysters on the half shell; Wagyu beef; organic, free-range chicken and lamb; and sausages from Seattle’s Bavarian Meats, a popular local icon in Pike Place Market, Wintermyer said.

The Seattle restaurant will feature an artificially intelligent robot named Sota who will sit on tabletops and interact with guests. Another Japan-based chain, Go! Go! Curry debuted in the U.S. in 2007, near Times Square in New York.

The chain now has six locations in New York City and one in Massachusetts. The company recently announced the expansion of franchise opportunities with a focus on the Northeast and Mid-Atlantic.

Go! Go! Curry is known for curry in the style of Kanazawa, in Japan’s Ishikawa Prefecture, where founder Hirokazu Miyamori is from. The comfort- food dish traditionally includes a dark, thick curry sauce served over koshihikari rice with shredded cabbage and pork katsu, a deep-fried port cutlet.

The name stems from the Japanese pronunciation of the word “five,” which sounds like “go,” and is inspired by former Japanese-American baseball player Hideki Matsui’s jersey number 55. Matsui is also from Kanazawa.

The chain includes 70 locations in Japan.

Tomoko Omori, president and CEO of Go! Go! Curry American Group LLC, sees Asian food on the rise in the U.S., but Japanese comfort foods like curry are an untapped subgenre.

“Comfort food is universal and has wide appeal, which is why Japanese comfort food has been successful in translating across cultures,” Omori said in a press release. “In recent years, ramen has taken the U.S. by storm, while curry rice, a cult favorite in Japan alongside ramen, has remained under the radar. That said, it is only a matter of time before mainstream America catches onto the allure, and Go! Go! Curry is proud to be integral in its proliferation.” Bake Cheese Tart is scheduled to open this spring in San Francisco.

Founded in Hokkaido, Japan, the bakery chain has 42 units throughout Asia. It is known for its dessert pastry with a crisp cookie crust and smooth cheese mousse filling with various flavors.

The filling is described as cream-cheese-based with a balance of creaminess and tartness and a hint of salt. It can be eaten fresh at room temperature; cold, which gives it a denser texture; frozen, like an ice cream cake; or warmed in the oven.

Limited-edition flavors, like chocolate and honey lemon, will be featured regularly.