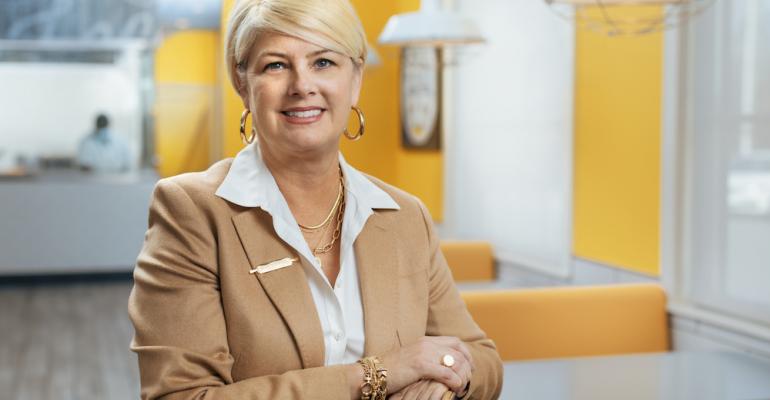 Kathie Niven has been promoted to CEO of Biscuitville Fresh Southern, a 62-unit family dining chain based in Greensboro, N.C., the company said Thursday, replacing Burney Jennings, who will become executive chair.

Niven joined the chain in 2011 and served as Biscuitville’s chief brand officer before becoming its president in 2018.

“Kathie has tremendous passion and a deep knowledge of Biscuitville and its culture, and she’s fully prepared to assume the role of Chief Executive Officer,” Burney Jennings, who is the son of Biscuitville’s late founder, Maurice Jennings Sr., said in a release announcing her appointment. “Biscuitville has thrived under Kathie’s leadership as president during the last several years, and I’m thrilled that she has accepted new responsibilities as chief executive officer.  I will continue to play an important role at Biscuitville but have ultimate confidence in Kathie’s ability to keep our company focused on its core principles and continue our expansion model.”

Under her tenure as president, the chain has remodeled most of its existing units and expanded into the North Carolina communities of Fayetteville and Charlotte.

Niven said the Jennings family had built a “foundation of mutual respect among all team members at Biscuitville and a legacy of serving high quality, locally sourced food. I look forward to continuing their vision for Biscuitville and being a good steward of their people-first culture.

“Our commitment to diversity and accessibility begins with me, and as a female executive, my role reinforces our shared belief that we cannot limit our vision of what leadership may look like,” she said.

Before joining Biscuitville, Niven was vice president for field marketing for Quiznos Corporation and also had corporate positions at Arby’s, Burger King and Krispy Kreme.