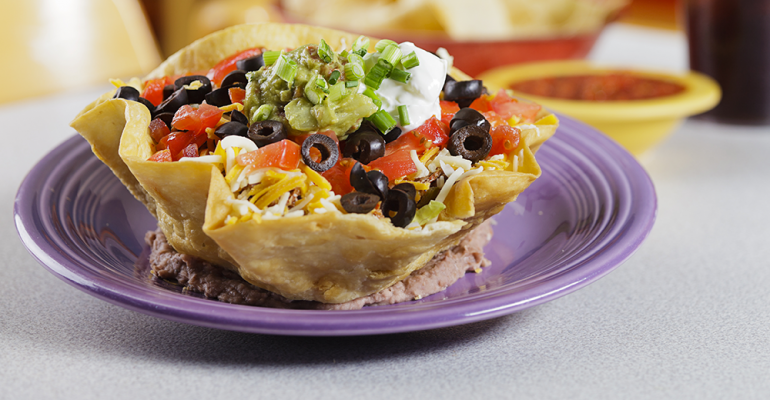 Two former Naf Naf Grill executives have teamed up to create a fast-casual brand development company, Venture Kitchen, creating their own concepts as well as helping existing restaurants to grow.

David Sloan, co-founder and former CEO of Naf Naf Grill, and Franklin Wiener, Naf Naf’s former chief operations officer, said in an interview this week that they see Chicago-based Venture Kitchen as a “brand accelerator,” starting with the creation of Invicto, a retro Mexican taqueria in Naperville, Ill., and the expansion of the three-unit Blackwood BBQ in Chicago.

“We kind of want to be the Lettuce Entertain You of fast-casual restaurants,” Sloan said, referencing the respected Chicago-based casual-dining portfolio company. “There is this white space for concepts that need help in growing and scaling. And we have tons of ideas of concepts that we can create in the fast-casual space. That’s where our expertise is.” 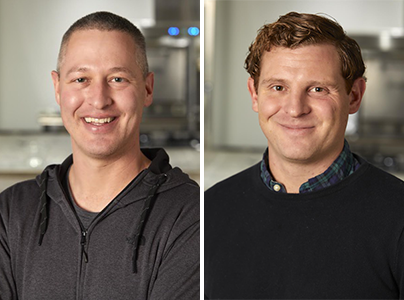 Sloan (far left) was a co-founder in 2010 with the late Sahar Sander of Naf Naf Grill, which received an investment from Roark Capital Group in 2015. He left the company as CEO last year. Wiener (near left) was hired as Naf Naf’s first COO in 2012.

“Our passion is creating and growing businesses,” said Sloan, who added that Venture Kitchen will invest in concepts with two or three locations and grow them to 15 to 18, at which point they would be large enough to attract other investment.

“We want to help them get to the point where private equity [firms] would be interested,” Sloan said.

Venture Kitchen plans to open its first concept created in-house with Invicto in late September. Sloan called it “an authentic Mexican experience, down to the furniture and staff uniforms. You’re going to feel like you’re in Mexico,” he said.

The first Invicto will open in Naperville in the same development where Naf Naf got its start.

“It just worked out this way,” Sloan said.

The location will cover 2,700 square feet, with 55 seats, and be based on a counter-order and pick-up format like a Mexican taqueria. The menu will offer tacos as well as cemita sandwiches, or tortas, from Puebla, Mexico, and other items, Sloan said. Invicto’s menu is being created by chef Jonathan Jimenez Alvarado, who worked at the acclaimed Pujol in Mexico City.

Invicto aims to hit the typical fast-casual check average of $10 and $15, he said, and the concept will offer a range of adult beverages, such as margaritas, palomas, micheladas and beers.

“The whole thing is very differentiated from what’s being offering in Mexican fast-casual now,” Sloan said.

Invicto has a second unit planned for Vernon Hills, Ill., and Venture Kitchen is negotiating for a location in Chicago’s Loop area.

Two months ago, Venture Kitchen also took a minority stake in the three-unit Blackwood BBQ concept in Chicago, Wiener said. The company serves as managing partner for the Blackwood concept, he added.

Blackwood is a five-year-old concept that has three locations. Venture Kitchen has signed for a fourth location.

“We’re looking to grow that outside the Loop. Our focus is to take Blackwood out to the suburbs and show that it can really scale,” Sloan said.

Typical Blackwood BBQ units have 30 seats, which Sloan said would be typical for an urban market, and the company is looking for locations that would seat 70 in a suburban setting. The per-person check average is between $12 and $15.

The Blackwood brand does about 20 percent of its sales in off-premise dining, he added.

He said the brand also has a 9,000-square-foot commissary kitchen for the preparation of meats and sauces and has handled catering orders as large as $90,000.

“It was impressive to see how they put that together,” he said of that order.

As part of Venture Kitchen’s business plan, Sloan and Wiener said all of its affiliated restaurants will participate in One Feeds Two USA, which provides school meals for children in Third World countries.

He and Wiener, along with attorney Patrick Wartan, co-founded the non-profit One Feeds Two USA, which is a sister organization to the United Kingdom-based One Feeds Two Foundation, created by entrepreneur Richard Branson.

One Feeds Two USA’s first partnership will be with Invicto, Wiener said.