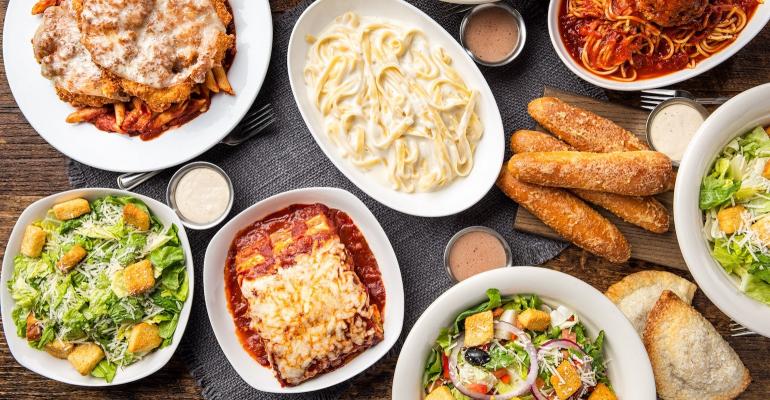 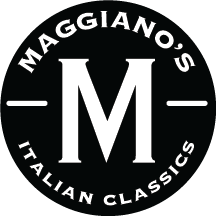 The Dallas-based company, parent to the Chili’s Grill & Bar and Maggiano’s Little Italy casual-dining brands, said the new Maggiano's Italian Classics virtual brand is “doing very well,” according to Wyman Roberts, Brinker CEO and president, on a fourth-quarter earnings call with analysts. He said the company expects the rollout to be slower than with the nearly overnight introduction of It’s Just Wings last June on DoorDash during the depth of the COVID-19 pandemic dining room restrictions.

“This one will be a slower roll for a couple of reasons,” Roberts said. “It's a little more complex. And since we're back to fully operational dining rooms, we're being very intentional about the experience for our operators and our guests. We're excited about it. We're getting great guest feedback, and we're anticipating being in 900 restaurants by the end of the fiscal year.”

The It’s Just Wings brand has been a successful addition to Chili’s and Maggiano’s revenue streams, Roberts noted.

“It's Just Wings surpassed our $150 million target in our company-owned restaurants,” he said. “And along with the support of our franchise partners, It's Just Wings became more than $170 million business in the U.S. with many of our international franchisees also now operating the brand.

The slower rollout allows store teams to deal with a more complicated offering the It’s Just Wings menu, Roberts noted. “It's got a little more breadth to the offering,” he said. “And so we're making sure that as we bring it to the restaurants, we're training, we're setting up that part of the line, if you will, to support this business and not be detrimental to what we're doing in our dining rooms in Chili's every day.”

Brinker has found the Maggiano Italian Classics check average is higher than for It’s Just Wings, he added, the two virtual brands appeal to different markets and dayparts.

“The thing that we love about these two virtual brands in conjunction is that they do work against different targets,” Roberts said. “The Wings guest is not the same as the Maggiano's Italian Classics guest for the most part.” Demand for It’s Just Wings is heavy on sporting game nights, he said, and Maggiano’s Italian Classics heaviest sales day is Sunday.

“We're not looking to have a huge portfolio of virtual brands,” Roberts noted. “We're very limited. These two were probably going to be focus for a while. We've always said we weren't going to put a brand out there that didn't have at least $100 million worth of sales potential and we'll build from there.” He noted Wings has already reached that target. “We think Maggiano's Classics will build through the year as we roll this thing out over the next few quarters,” Roberts added.

Roberts said Brinker was investing in both takeout and delivery by increasing visibility and driving awareness across all four of its brands.

“We recently implemented technology enhancements to our curbside takeout system, which is already simplifying the operational side of the business and improving guest metrics,” he said.

For example, It’s Just Wings now has its own website that allows for online ordering for takeout as well as the earlier-offered delivery. Roberts said the company will spend the next quarter or two seeing how much awareness and business it can build around the virtual offerings. Brinker’s It’s Just Wings virtual brand partnered with Google in March to allow customers to order pick-up from their nearby Chili’s restaurants using Google Search and Google Maps.

“These technology investments are helping us do a better job handling the increased mix of off-premises business from pre-pandemic mid-teens to what's now more than 30% and as well as leveraging the full capacity of our assets with very little incremental capital,” Roberts said. In the fourth quarter, Brinker said off-premises sales were in a range of 33% to 35% of the mix.

Chili’s did not take any price increases during the pandemic, and Roberts said the brand has room to offset increased labor and commodity costs this year.

“The movement from just fourth quarter to July was impressive at Maggiano's,” Roberts said. “As we were working as a country out of COVID and people are starting to feel comfortable again about socializing, we saw the part of the business that was really being curtailed the most —which was their banquet business and their catering business — start to come back, and it's ahead of schedule from our perspective.”