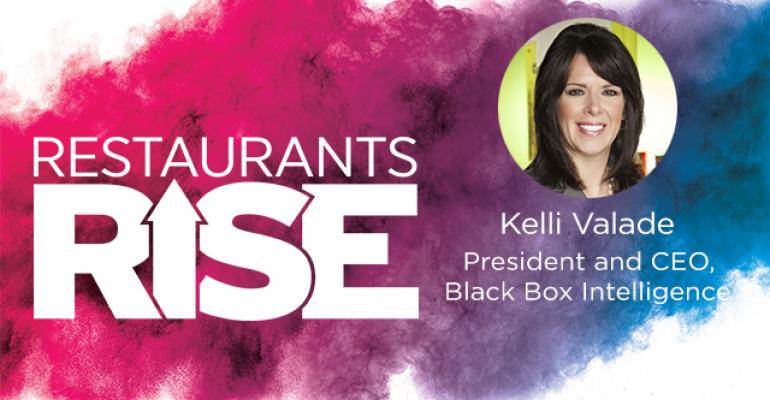 The restaurant industry is slowly clawing its way back from the devastation of restrictions put in place to try to stem the tide of the COVID-19 pandemic, Kelli Valade, president and CEO of restaurant data analysis firm Black Box Intelligence.
Data & Research

Although $240 billion in sales could be lost, customers say they’re eager to dine out again

The restaurant industry is slowly clawing its way back from the devastation of restrictions put in place to try to stem the tide of the COVID-19 pandemic, Kelli Valade, president and CEO of restaurant data analysis firm Black Box Intelligence, told attendees of the Restaurant Rise webinar series Wednesday.

That improvement was due in part to restaurant operators innovating — selling groceries, creating large family meals and quickly adapting to what their customers needed.

Related: Restaurants Rise: How operators are pivoting to focus on to-go meals

“The industry … got really scrappy, really creative and really smart about how to react and react quickly,” she said.

Sales plummeted by 66.3% in the second half of March as a national emergency was declared and restaurant dining rooms across the country were ordered closed. They slowly crept back, aided by stimulus checks that people started receiving in the second week of April, and improved further as states such as Texas and Georgia allowed restaurants to reopen. Even at limited dining-room capacity of 25% in those states, sales improved to being down by “just” 32.8% Valade said. 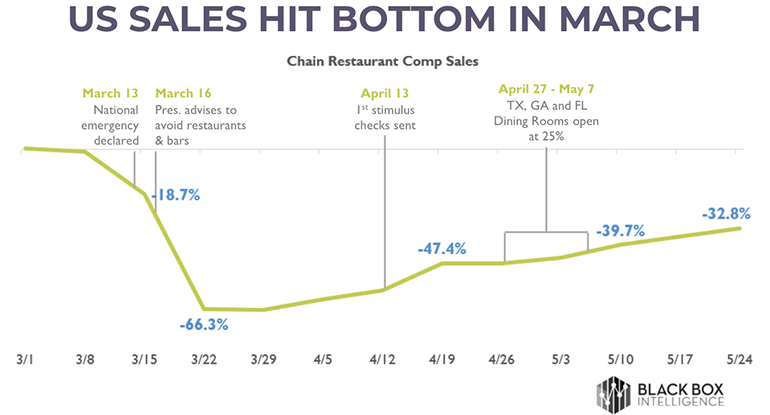 But the industry has seen, “nonetheless, unbelievable destruction by this pandemic.” The industry as a whole normally has more than $830 billion in annual sales, but $80 billion of that was lost in March and April, and the National Restaurant Association has projected a loss of $240 billion for the year. Currently four out of 10 restaurants have closed, at least temporarily, and 8 million jobs have been lost, Valade said, citing NRA figures. 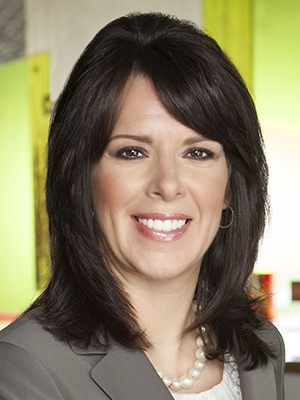 Although the industry as a whole as suffered greatly, Valade, left, who collects data specifically for large and small chain restaurants, said some segments have performed well. Pizza chains in particular, who are well experienced in delivery, saw same-store sales rise by 15% in May. Chicken chains saw a 4% bump and burger chains were up by 2%.

Quick-service restaurants had many qualities going for them during this period of social distancing and working from home. Drive-thru windows helped many of them, and so did the meal bundles that they offered, resulting in higher average checks. Across the industry, takeout sales were up by 66.8% in April and 96.4% in May, Valade said.

Casual-dining and fine-dining restaurants suffered from not being able to sell alcohol. Although a number of states allowed takeout and delivered alcohol for the first time, customers at full-service restaurants want the full experience if they’re going to order alcohol. 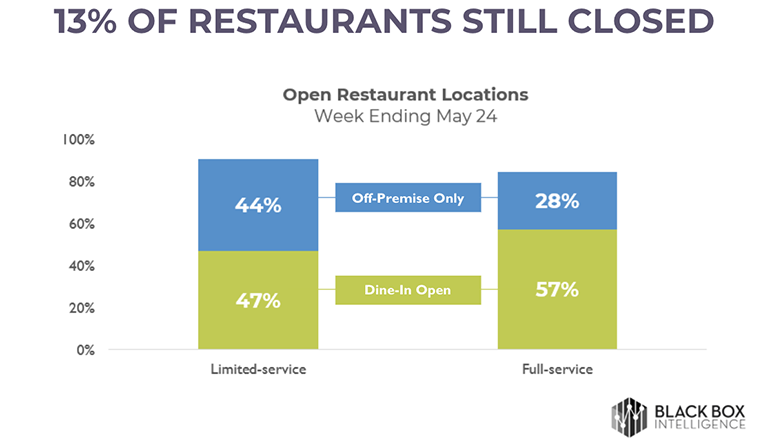 Restaurant employees have been particularly hard-hit, with about 60% front-of-house and 50% back-of-house workers, as well as 15%-20% of managers being laid off or furloughed.

Operators surveyed by Black Box said they didn’t expect many of the employees who were laid off and furloughed to return. They said a quarter of furloughed employees were unlikely to come back, and two-thirds of laid-off staff would seek employment elsewhere — many outside the industry. Snagajob data indicates that supermarkets and healthcare are likely to be industries they would go to, she said.

Customers are eager to come back, though, Valade said. Of people surveyed, 87% said they wanted to get back into restaurants — on the same level as wanting to go to church and getting their hair done.

And indeed, early-opening states such as Texas and Georgia have seen sales jump, relatively speaking: Sales in those states are only down by 26%, compared to 40% elsewhere, as of May 10.

“For the uptick to be that apparent early on really does say something about that pent-up demand,” Valade said. 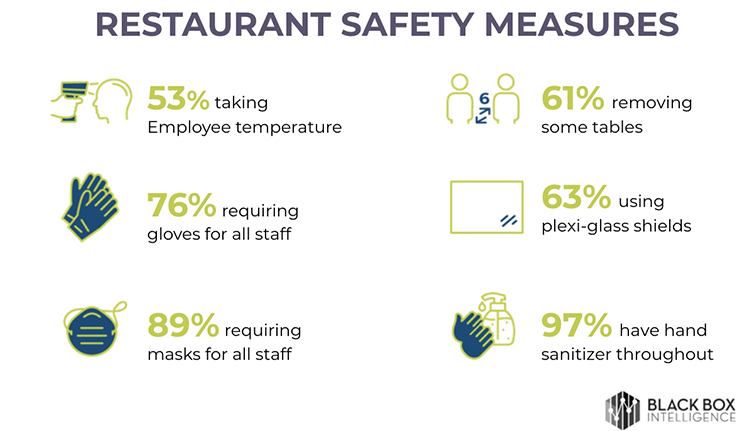 She did warn that off-premise sales would likely slow down as dining rooms reopen, “as people seek to be out in restaurants.”

As customers return, Valade said they will hold operators to their assurances of safety.

“If you are saying [on your website] that there will be masks, then there better be masks on everybody,” she said.