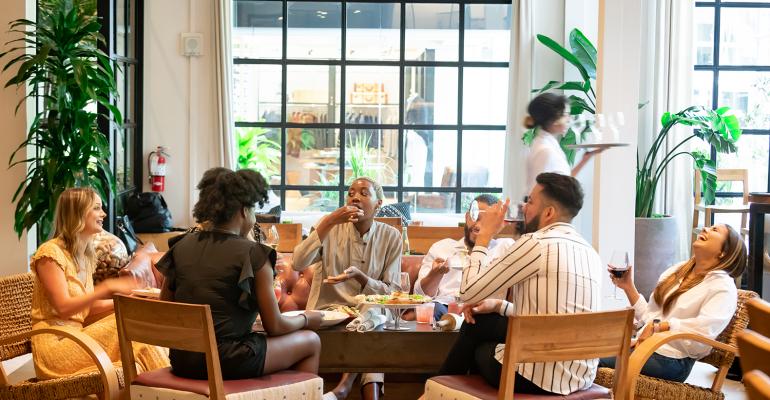 FB Society
The food and atmosphere are designed to complement the wine offerings.
Create the Future of Foodservice

With the newest restaurant opening taking advantage of an indoor-outdoor design in Boca Raton, Fla., the concept retains its initial commitment to sustainability.

Founded in 2016 in Plano, Texas, Sixty Vines is designed for experience, especially in the exploration and discovery of new wines, which can be ordered in 2.5, 5 and 8 ounces of a 750 ml carafe. Availability of wines varies by location, which, along with Boca Raton, include Dallas, Houston and Plano in Texas as well as Nashville, Tenn., and Winter Park, Fla.

Jeff Carcara, CEO of Sixty Vines, said the customers’ escape is “relatively affordable,” with check averages blended just north of $40 for dinner and $20 at lunch.

Sixty Vines’ keg system sidesteps bottling costs, yielding a number of glasses of wine under $10 — a rarity among casual-dining menus. That, Carcara said, was “an unintended consequence.” 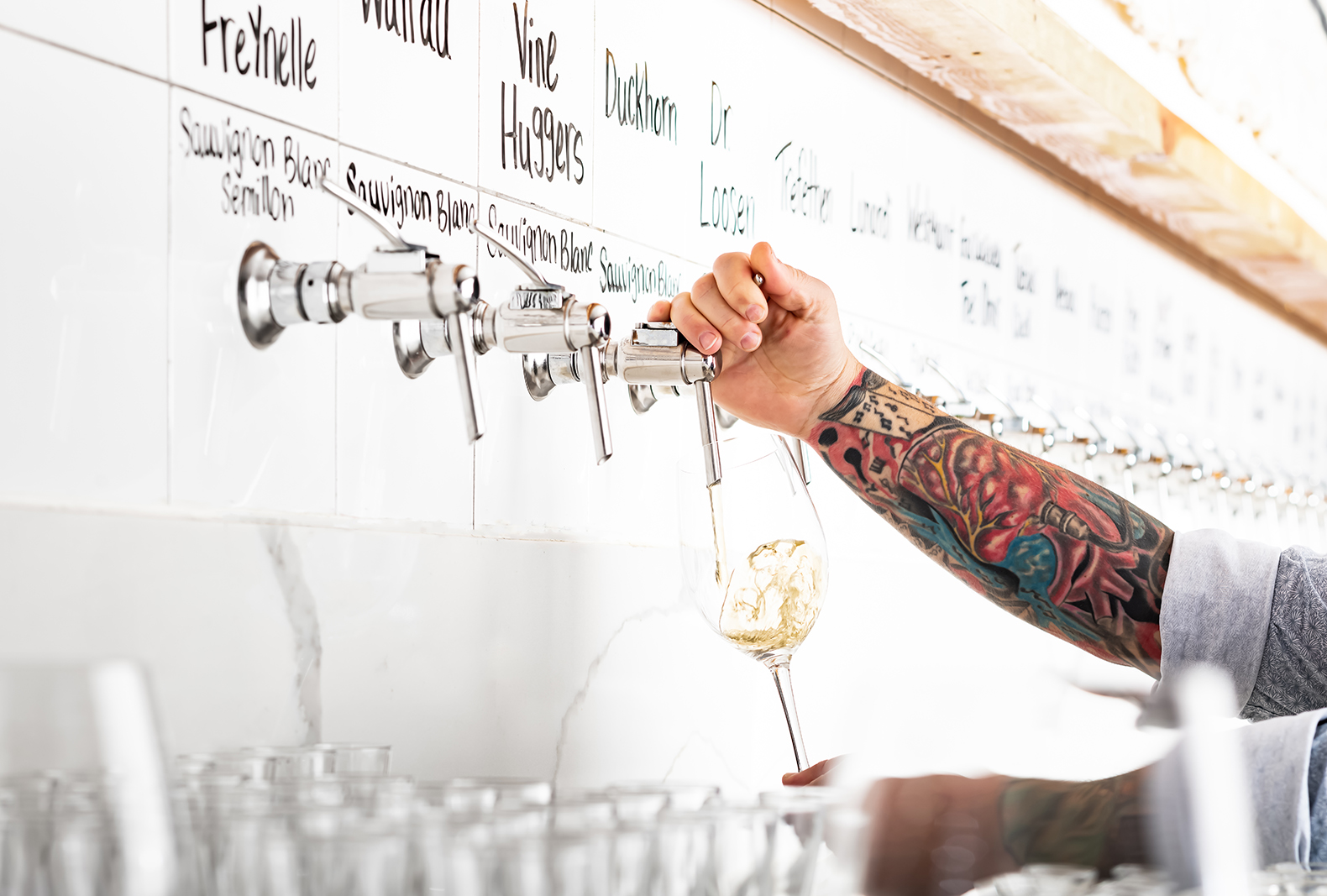 “When we started off with kegs,” Carcara said, “it was really more on the mission from sustainability, the fact what we were saving bottles from going into the landfill.” That was in addition to the corks, foil and labels that were saved.

“From the wine makers’ equation, there's considerable savings,” he added. “So we're able to pass that savings along to our guests. We have glasses from some of our taps in the low single digits.” Five-ounce pours range from $7 and higher, he added, and a 5-ounce pour of Fisher cabernet can be $18 a glass.

“It’s hard to find wines on restaurant menus that are under 10 bucks,” he said.

The food and atmosphere are designed to complement the wine offerings, Carcara said.

Each Sixty Vines is distinctive, he added. They range from 8,800 square feet to more than 11,000 square feet in Nashville. Seating is generally around 300 and more than 450 in the large Tennessee restaurant.

Growth this year will include a new Sixty Vines in The Woodlands near Houston, and plans call for openings in Charlotte, N.C., and Reston, Va., in the first half of 2023 and another Orlando, Fla., area restaurant and Washington, D.C., in the second half of next year.

“By this time next year, there will be 11 restaurants,” Carcara said. 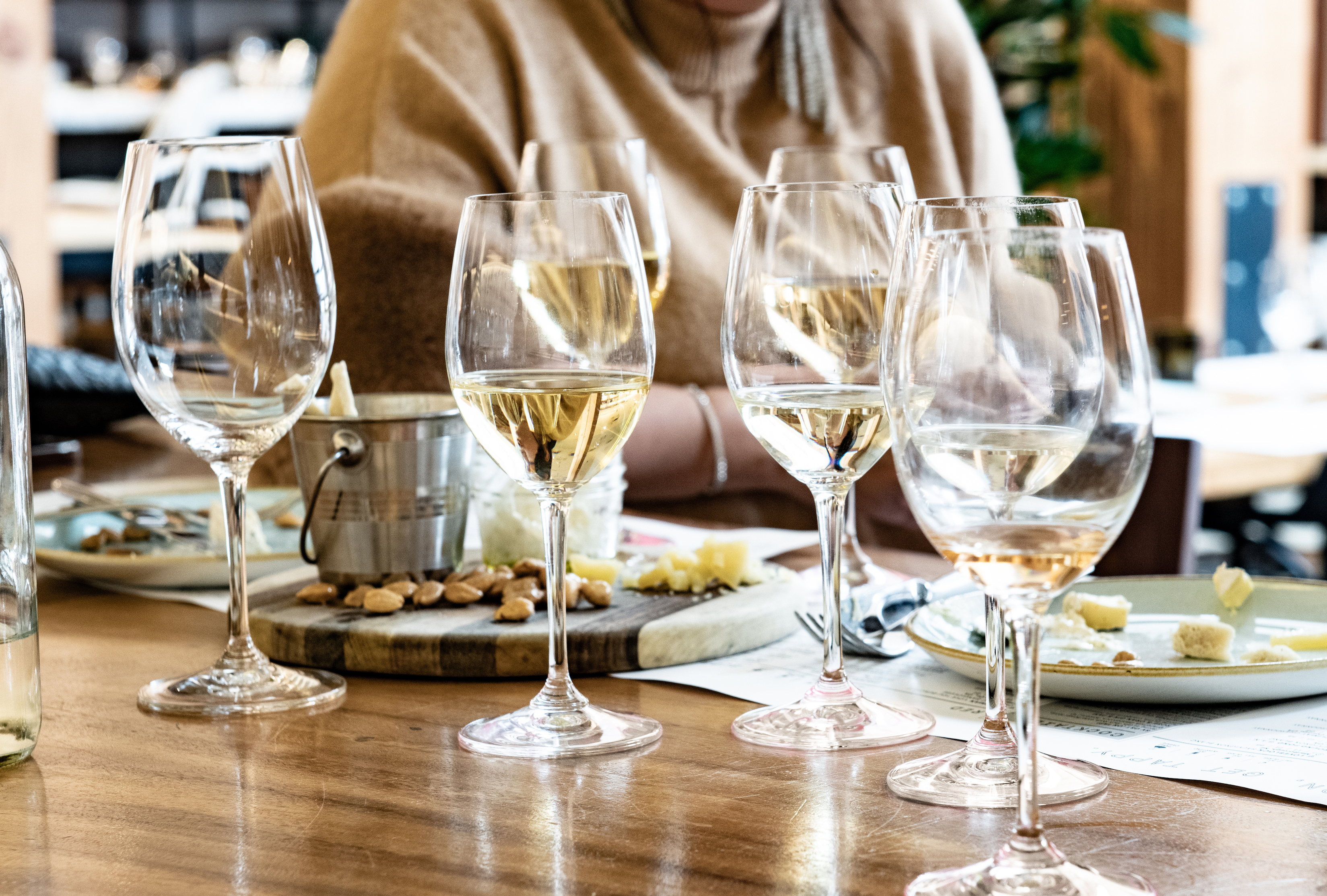 Red wines still outsell whites, Carcara noted. “Red is still king,” he said. “We have more red on the list because red is definitely a better food wine overall — not that white can't be great food wine.”

Sixty Vines does have a cocktail program, because customers often enjoy starting the meal with a cocktail and then shift to wine.

In the past seven years, Carcara said winemakers have grown more interested in a keg program.

“She's so into sustainability, so into organics and biodynamics,” Carcara recalled. “She really dug the idea of Sixty Vines. But when she tasted her wines, she became even more committed to steering more wine this way, which is really stunning.”

Carcara said the tap system assures the last glass out of the keg is as good as the first because it is temperature controlled and limited in its exposure to air.

The quality wine is matched with a growing geography of wine foods, he added, from California vegetables to Spanish olives and charcuterie.

Like the menu, the restaurant design is meant to be comfortable. “It's meant to feel like you're in a tasting room or sitting in a vineyard at a large table,” he said. “One of the inspirations for the concept was sitting at large family-style table in a vineyard, candles on the table, lots of wine bottles open and tasting a lot of family-style shared food. It's just that convivial dining experience that I think a lot of people are looking for.” 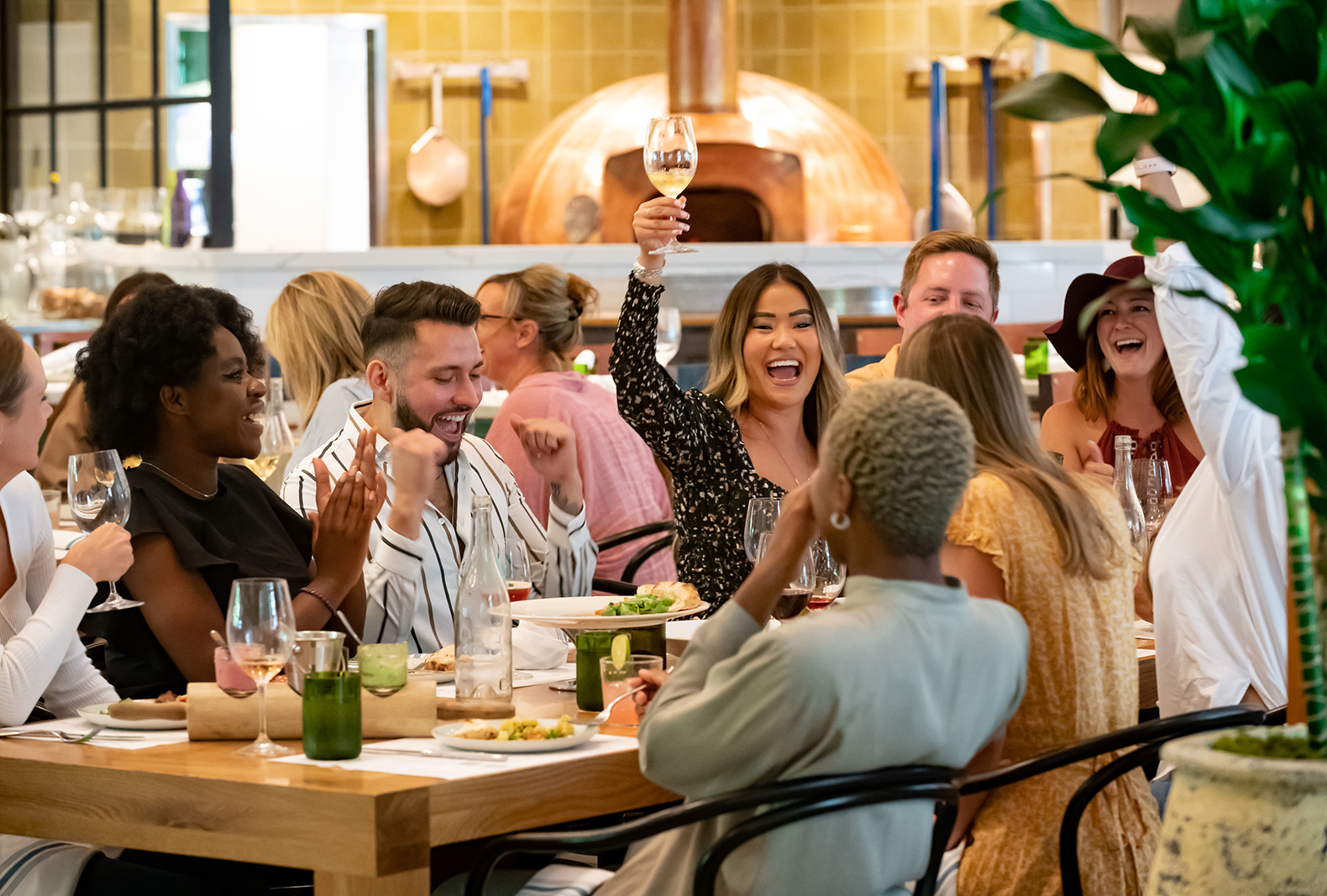 To accommodate large groups, the restaurants feature centerpiece communal tables that can seat eight to 16.

Because servers are so integral to the discovery concept, Carcara said Sixty Vines is focused on retention with mental health tools among the offered benefits. Full-time hourly employees also get two “mental health days” to take each year, he said.

“We’re making sure that the hours that people are in the building are productive hours,” Carcara added. “We're not wasting their time, and I think that really helps us significantly with retention.”

FB Society is a multi-concept operator that rebranded from Front Burner Restaurants LLC in late 2020. It previously created and spun off the Twin Peaks and Velvet Taco concepts. In addition to Sixty Vines, it operates Whiskey Cake, Mexican Sugar, Ida Claire, Haywire, The Ranch and a slider concept called Son of a Butcher. It also operates Legacy Hall, a food and entertainment venue.