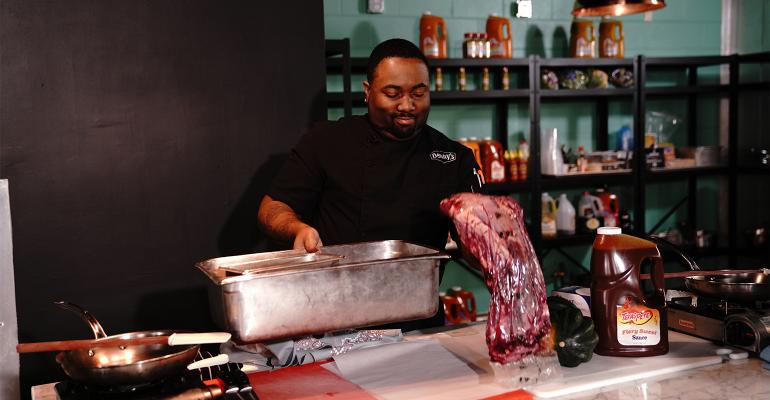 Denny’s product development chef Dontre’al Haigler on Tuesday was crowned the winner of the annual Texas Pete Kitchen Hero Cook-Off during the inaugural CREATE: The Future of Foodservice event in Denver.

Haigler squared off with three other restaurant chefs, each of which had two hours to develop and execute a dish from a basket of mystery ingredients for a panel of four expert judges. The winning dish was grilled bison tenderloin served over acorn squash purée and topped with garnished with salad, spice-dusted chips and acorn squash seeds.

The event, now in its 9th year, is sponsored by Texas Pete, and each year benefits Share Our Strength No Kid Hungry with a $10,000 donation. More than 900,000 meals have been provided to children facing food insecurity over the life of the event, according to Share Our Strength.

Haigler was announced as the winner Tuesday morning, on the second day of the CREATE, a new event from Nation’s Restaurant News. Attendees will get to sample the winning dish Tuesday evening at a cocktail reception.