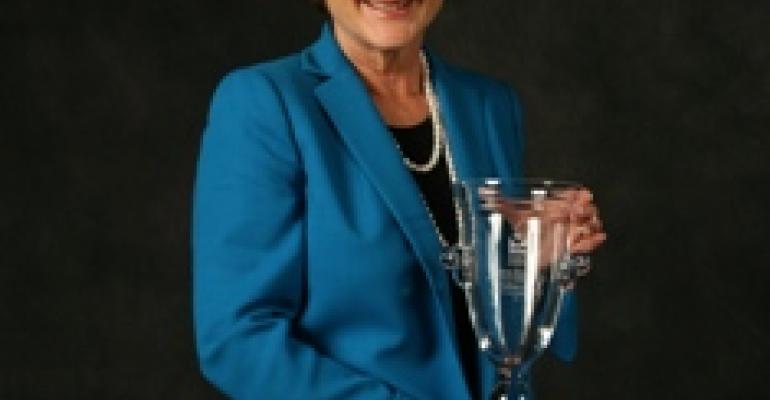 The 2011 Women’s Foodservice Forum Annual Leadership Development Conference began Sunday with more than 2,000 executives coming together to celebrate leadership and to push further the ideals of gender equality and diversity.

At the Orlando World Center Marriott Resort, WFF board members, executives and numerous first-time attendees – which totaled nearly half of all conference goers – began the four-day event by honoring a trailblazer and emerging leader.

“These individuals and corporations are reflective of the very best in the industry,” Fritzi Woods, president and CEO of WFF, said in a statement. “We’re proud to honor these recipients and recognize their achievements and best practices during this year’s annual conference.”

Denise Morrison, executive vice president and chief operating officer of Campbell Soup Co., was presented with the 2011 Trailblazer Award, which is given to an outstanding senior executive who supports and advances gender diversity.

According to the WFF, Morrison has been a strong and vocal supporter of diversity and inclusion during her eight-year tenure at Campbell. She has been instrumental in the development and continuous evolution of Campbell’s Office of Diversity and Inclusion. She also has heightened Campbell’s focus on inclusion and helped ensure that Campbell casts a wide net when recruiting talent, the WFF said.

As a result, more than 40 percent of Campbell’s management and leadership positions are held by women and 18 percent are held by people of color. Morrison also continues to leverage Campbell’s affinity network groups to help drive consumer insights and business results.

Being honored as an emerging leader, Karen King, East division president for McDonald’s USA, was presented with the Leadership Award.

The WFF pointed to King as an exemplary, innovative leader, who leverages institutional, intellectual and personal power to orchestrate strategy and drive results for the McDonald’s business and within the foodservice industry. As a former McDonald’s crew employee, King is a proven business leader and restaurateur who keeps the customer at the forefront of every business decision, the WFF said. In her current role, King leads all aspects of restaurant operations, franchisee relations, and market and brand development to drive long-term growth for more than 5,200 McDonald’s restaurants in the Eastern United States.