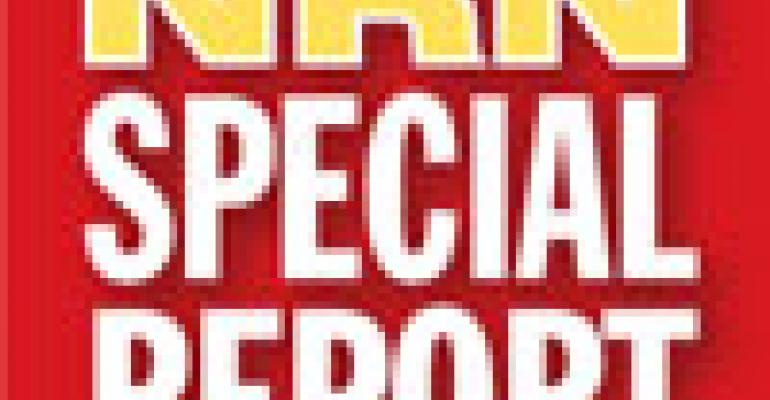 After running a couple of online job ads, independent chef-restaurateur Bob Finigan and his wife, Karen, had plenty of applicants to choose from for the opening of their new Blue Rooster Bakery & Café in Cranbury, N.J., an affluent community with a population of about 2,100 and a median household income of $123,500.

They drew some applicants from nearby Princeton, but also several teens and young adults from Cranbury, said Karen Finigan, who grew up in the township.

“We’re getting people who are interested and committed,” she said.

Finding employees to work in high-income neighborhoods historically has been a challenge for restaurant operators. Young people in affluent communities often don’t need to work, and inefficient public transportation can make it difficult for nonresidents to commute to such neighborhoods for work. But some restaurant operators report that the task has become easier, thanks to the flagging economy. Given the growing number of layoffs, high prices for food, fuel and other necessities, and spreading anxiety, more people are looking for either primary jobs or second jobs to supplement their incomes.

In addition, operators note that savvier employment practices, such as providing generous benefits and creating a positive work environment, also help to attract and retain workers in affluent markets where restaurant jobs were shunned previously.

“The tremendous reality to the economic troubles we’re having is the effect on people’s confidence; even those whose jobs are still OK seem to be shaken,” said Clive Solomon, a consultant who specializes in industry recruiting tactics and managing partner of Clive Solomon Recruiting in Fort Lauderdale, Fla.

Layoffs, closings and bankruptcies in the restaurant industry and others are flooding the labor pool, and that has made it easier for operators to find qualified candidates in more affluent areas, said Solomon, a founder of the Association of Hospitality Recruiting Executives, a nonprofit professional organization.

The national unemployment rate reached a five-year high of 6.1 percent in August, and some regions and states are even higher. For instance, Michigan posted a rate of 8.9 percent in August. But that bad news has a silver lining for operators looking to hire new employees.

National Coney Island, a 21-unit chain based in Roseville, Mich., used to struggle to fill positions at its quick-service restaurants in the higher-income suburbs surrounding Detroit. But the situation has changed.

“Times are tough around here,” said Tom Giftos, president of National Coney Island, which has only one restaurant on the streets of Detroit. The rest are located within the Detroit Metropolitan Airport and surrounding suburbs, including affluent communities such as Grosse Pointe, where the median house was worth $404,000 and the median income was $83,100 in 2006, the most recent year for which data was available, according to .

Coney Island restaurants have been receiving management applications from adults who have been laid off from the automotive industry, and more young people also are applying, Giftos said.

“We used to have to bus people in or try recruiting further out,” he said. “It’s been easier to tap into the younger markets in some of those areas. High school kids who normally are not looking for jobs are coming in. Some of them have got a cell phone bill to pay now as their parents are not as free-flowing with discretionary dollars. We’re in pretty good shape lately.”

Some foodservice operators in affluent areas have battled for workers for so long that they improved not only salaries but also benefits packages to make their establishment more attractive to job candidates.

Stanford Dining, the foodservice division of Stanford University in Stanford, Calif., near Palo Alto, starts entry-level employees at $12.60 per hour. Union employees can make up to $25 per hour, plus benefits. Among the perks for working full time at Stanford are generous health plans, including medical, dental, vision, mental health, substance abuse, disability, life and accident insurance, and 403(b) retirement plans. In addition, the university offers tuition assistance and a tuition grant for the children of staffers of up to 50 percent of Stanford’s annual tuition, which is about $34,000 annually. The tuition grant can be used at any accredited university in the country.

“Stanford University resides in one of the most affluent and expensive areas in the country,” said Eric Montrell, executive director of Stanford Dining. Montrell cited a 2007 study that showed it takes an annual income of $80,000 for a family of four to meet the minimum living requirements in the Bay Area.

Stanford Dining is currently fully staffed, with more than 300 employees. While pay and benefits have helped attract employees, the slowed economy also has contributed, Montrell said.

“The sagging economy has improved our recruiting ability, without a doubt,” he said. “We have made some excellent hires in the last few months.”

Industry veteran Don FitzGerald, vice president of operations for Beverly Hills, Calif.-based Wolfgang Puck Worldwide, has also noted a change in the recruiting market. The company recently opened a Wolfgang Puck LA Bistro in the affluent town of Westlake Village, Calif., which is about 38 miles west of downtown Los Angeles, at the foot of the Santa Monica mountain range. The median household income was $115,000 two years ago.

“I was worried when we began recruiting, because we’ve had difficulty in the past,” said FitzGerald, who recalled earlier times in his career when he was at another concept and desperately trying to staff restaurants in high-income neighborhoods. But finding employees to work in the West-lake Village restaurant was “a very painless experience.”

“It was relatively easy, given the name Wolfgang Puck,” FitzGerald said. “The name attracts and creates excitement for working for us. We did two Craigslist ads, and that was it. It took three weeks tops to find quality people.”

Establishing a reputation as a place that is fun to work is important if a restaurant wants to attract locals, no matter the income level of the neighborhood, said Richard Weil, president and chief executive of Nick-n-Willy’s Franchising Co. The take-and-bake pizza chain based in Centennial, Colo., has 58 restaurants in 15 states. Some of its Colorado stores are in upper-income neighborhoods such as Highlands Ranch, Lone Tree and Evergreen, where median household incomes in 2006 were $97,667, $107,000 and $83,700, respectively.

“We’re no longer in a situation where unemployment is only 3 percent,” he said. “Even young people are looking for jobs in affluent areas, but you still have to have good employment practices and a positive work environment.”

Nick-n-Willy restaurants have been able to find young people who want to work, even though they don’t need the money, Weil said. The company also encouraged franchisees to recruit for employees at local high schools by getting to know counselors and getting involved in ProStart, a school-to-career curriculum developed by the National Restaurant Association Educational Foundation.

Even with an increase in job applicants, restaurant operators still need to be discriminating in looking for the best candidates, said Kelly Sullivan, director of human resources for the King’s Seafood Co., the Costa Mesa, Calif.-based seafood chain with 17 restaurants in Southern California, Arizona and Nevada.

“More people are looking for jobs right now or second jobs right now,” said Sullivan, who is also president of AHRE. “But that does not mean they are qualified people. Even though the labor pool is getting deeper, that may not mean it’s filled with quality people.”

Some positions are easier to fill than others at restaurants in affluent neighborhoods. Chef Jay Lovell, co-owner with his wife, Darice, of Lovell’s of Lake Forest, has seldom had a problem finding cooks for this upscale restaurant in the high-end neighborhood. Lake Forest, Calif., had a median household income of $153,000 in 2006.

The Lovells have cooks who have been with the restaurant since it opened 10 years ago. Some servers also have been there 10 years.

Most employees who come from the neighborhood are transitional, Jay Lovell said.

“We pull people for hostesses and bussers, things like that,” he said. “They come and go. Some work while they are in college. They drive better cars than I do. Their allowance is more than I get paid. They are destined for other things.”

Affluent areas may have more people looking for jobs, particularly teenagers and young adults, but they often do not have much experience, Sullivan said.

“We’re seeing members of the Millennial generation who have not worked until they are in college or out of college because their parents have the money for them not to work,” she said. “It’s a little challenging when they do come because they have not had a lot of experience.”

At the Blue Rooster in Cranbury, N.J., the Finigans have decided to be the first employer for local teens.

“Part of what we wanted to do was offer young people their first jobs,” Karen Finigan said. “They come in all bright-eyed. Patrons love them. Some will be good. Some will not. We’re doing a lot of training.”

Finigan recently promoted 23-year-old Diana Ornberg to head waitress, even though this is Ornberg’s first job as a server. Ornberg worked occasionally as a hostess at other restaurants as a teenager and didn’t try to hold down a job while she studied art at Rutgers University. But now, having graduated, she took the job to earn enough money to move out of her parents’ house. She was considering becoming an art teacher, but now the experience at Blue Rooster has her thinking about going back to school.

“I love it,” Ornberg said. “I’m thinking about getting a master’s in business and owning my own restaurant.”