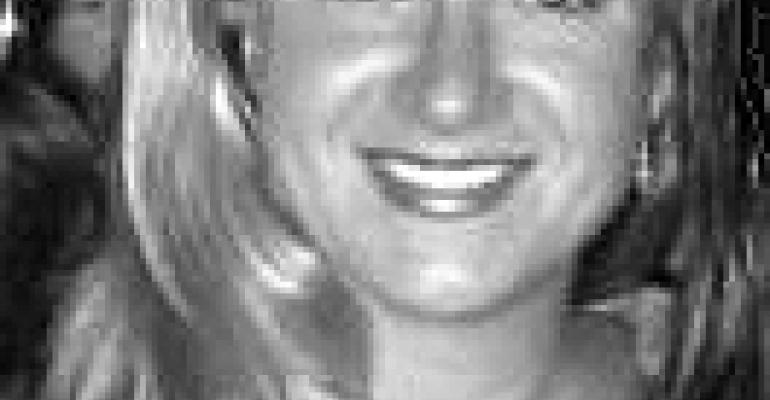 Education: completing courses to secure project management professional, or PMP, professional development units through the University of Texas at Dallas, with PMP certification to be completed in January 2008; bachelor of arts, industrial technology, California State University at Fresno

"Sticky Fingers" was the all-encompassing response Nicole Mills supplied recently when asked about her pastimes. Her answer wasn't surprising, given that she heads up a two-person department formed just 13 months ago by her employer, the 19-unit, Mount Pleasant, S.C.-based Sticky Fingers Ribhouse casual-dining chain.

"The list of what we have accomplished as a two-person team this past year has been amazing," said Mills, referring to the IT initiatives she has undertaken in tandem with colleague Mark Price, Sticky Fingers' manager of IT systems. She said the project catalog included 17 headquarters technology deployments, ranging from rebuilding the chain's centralized database to implementing process workflow for point-of-sale, or POS, change; as well as eight store-level projects, including a migration to automated payroll processing and an upgrade of all POS software, operating systems and memory.

Mills said challenges have been part of the progress.

"We brought new and often 'scary' aspects of IT to a company that had, historically, very limited technology and very limited IT support," she noted. "This was Sticky Fingers' first exposure to a dedicated IT team. As with all new things, especially technology, there was an expected amount of apprehension" before end-user buy-in was obtained. Miller deemed such buy-in essential to the success of any IT implementation.

Still, she admitted that she cannot imagine herself in any other career, adding that she looks forward to hiring an IT analyst in 2008 to further grow Sticky Fingers' technology portfolio.

What are some of the most recent IT projects completed by Sticky Fingers?

How about 2007 home-office projects?

What about projects planned for 2008?

What causes IT deployments to fail, when they do?

From my previous experience, deployments fail when buy-in is limited and end-users' training or basic skill sets [or both] are limited. We have shown our end-users, or employees, the razzle–dazzle but have brought in the goods slowly, unless, of course, security was at risk.

Why, in your opinion, has the industry lagged behind other verticals [retail] in terms of implementing technology?

Technology deployment lags behind in the restaurant industry because there are so many different projects in play at the same time. [Also] operators aren't willing to fork over the cash to educate their end-users on new systems and applications. With the industry's turnover rate, [that] is often a costly investment with a very short-term return.

How should operators be partnering with vendors in order to move projects forward?

Vendors must listen to the needs of the company, not the industry. What works for one operator may not work for another. Let's also not forget smaller restaurant companies [may have different needs than their larger competitors]. Our annual IT budget is a weekly budget at some organizations, and we don't have the capital to custom-design software for our needs. We need the vendors to do that for us, to a certain extent from an out-of-the-box application.

Who's your tech mentor or model, and why?

My technology mentor has become the large network of IT professionals across the industry, cross-industry and from the vendor ranks. I truly don't believe there is the best or only one way to build a strong IT infrastructure; it just has to be the right IT infrastructure for the company you are supporting.

On a general, professional level, I've had several mentors. One — upon whom I frequently call for advice — is Lon Ledwith, my former boss at Chili's Grill & Bar. He is now vice president of operations at BJ's Restaurants Inc.

What strategies can IT executives use to help corporate- and store-level end-users transition to new technology?

Educate, educate, educate. Go in, work with end-users and show them what technology can do, but only if that's the "best" the system has to offer. If you can show what [you] can do for end-users, either in a 'sandbox' environment or in a real-world pilot, you can get the "oohs" and "ahs." Only then can you press forward.