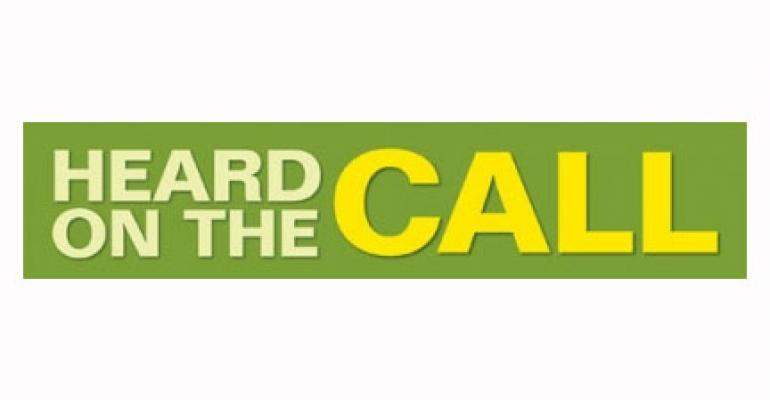 Commodity pressures are expected to continue, but Starbucks officials say they will remain cautious about passing on such costs to consumers and keep price increases limited to “small, appropriate doses.”

So said Starbucks Corp.’s top executives during a call with analysts late Wednesday after the company reported results from another record quarter, with net income up 20 percent from a year earlier.

Rather than raising prices across the board, Troy Alstead, Starbucks’ chief financial officer, said the chain’s earnings growth projections of 15 percent to 20 percent would offset commodity pressures.

Despite that fragile domestic environment, Starbucks’ U.S. locations achieved a 6-percent increase in transactions during the quarter “almost against the odds,” he said, noting an additional 1-percent increase in average ticket did not include price increases.

Starbucks will continue its ongoing strategy of tinkering with pricing in certain markets, which Alstead described as “frequent routine adjustments down, neutral or up.”

Howard Schultz, Starbucks chair, president and chief executive, maintained that the strategy would give the 16,863-unit chain a competitive advantage.

“There is going to be a lot of pressure on small and large players,” he said. “We can provide value at a time when perhaps others are going to have to raise prices in a significant way.”

Alstead said the unfavorable impact of increasing commodity costs — primarily dairy, cocoa and fuel — would be higher than expected this year.

During the second quarter, the company absorbed about 4 cents in higher commodity costs, and another 3 cents was absorbed during the first quarter. The remainder will be split fairly evenly between the third and fourth quarters, he said.

Following are other tidbits from the earnings call:

Traffic:
The 6-percent increase in traffic among Starbucks’ 10,930 domestic locations was experienced across the country, said Cliff Burrows, president of Starbucks Coffee U.S.

He attributed the traffic jump to a mix of improving speed at peak times, and the new and returning customers attracted by the new Petites line of under-200-calorie treats, such as cake pops and whoopee pies.

International growth:
Asia and China in particular continue to be a focus for Starbucks, although Schultz reiterated that international expansion around the world would be a priority. The company said 400 of the 500 new stores scheduled to open in fiscal 2011 will be in international markets.

Schultz predicted that China will be the largest market for the coffee brand outside the United States, and that the number of stores there will triple to reach 1,500 by 2015.

Transactions and same-store sales have increased by double digits in China, Schultz said, and while the bulk of business occurs in the afternoon, the chain is slowly seeing a shift to the morning as Western-style coffee consumption patterns evolve there.

“That’s a remarkable achievement for a market still very much in its early development,” he said.

Korea also is a growing market where the 339 locations currently are likely to reach 700 within five years, he said.

Following the devastating earthquake and tsunami in Japan last month, Starbucks said nine of its 900 stores there have closed permanently, and some continue to operate on limited hours due to rolling blackouts.

Poor weather was blamed for softer comparable-store sales in Canada during the quarter.

Starbucks in store aisles:
Predicting that Starbucks’ consumer products group will grow to rival the coffeehouse chain, Schultz reiterated plans to leverage the brand across multiple channels and categories, now that the company has brought its packaged coffee business in house after its much-publicized breakup with licensing partner Kraft Foods.

Starbucks consumer goods will grow across three primary platforms: the Via Ready Brew instant coffee, the single-serve K-Cup packages for use with the Keurig brewing system, and in-room coffee provided to hotels in an agreement with Courtesy Products.

Via sales increased 11 percent during the quarter and the company launched new flavored versions, as well as one designed for making iced coffee. More line extensions are coming as the product is expanded both in the United States and overseas, and Schultz predicted VIA will become “another $1 billion product over time.”

So will the Starbucks branded K-Cups, which will be launched this fall in partnership with Green Mountain Coffee Roasters for the Keurig system, Schultz predicted.