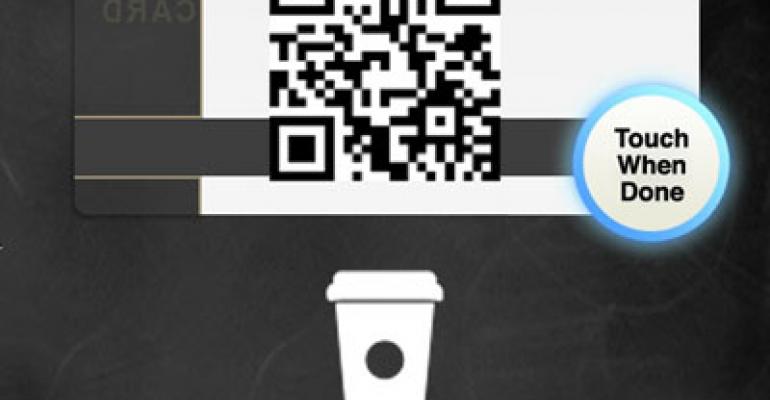 Most locations will allow customers to pay with smart phones

Starbucks is rolling out a mobile payment system nationwide that allows customers to pay for their purchases with their smart phones, the company said Wednesday.

Customers who download a free app can pay with their smart phones by holding them in front of a scanner at the register, which reads a bar code.

After testing the system for more than a year in select markets, Starbucks said it will now be available throughout nearly 6,800 U.S. locations, as well as more than 1,000 Starbucks outlets in Target retail stores.

Officials with the Seattle-based coffeehouse giant said the system is an extension of the chain's loyalty card program, adding new elements of speed and convenience.

The mobile payment system is available to customers with select BlackBerry smart phones and Apple iPhones and certain iPod devices. Guests can download a free Starbucks Card Mobile App for their device, which also allows them to manage their account, check their card balance, reload, check their rewards status and locate stores.

The system has been tested in Seattle, Northern California, New York and select Target stores.

Starbucks estimates that about one-third of their customers in the United States use smart phones. In 2010, customers loaded more than $1.5 billion on Starbucks Cards, an increase of 21 percent over 2009. The chain credited the increase with the My Starbucks Rewards program, which offered free drinks and other benefits to those who pay using the loyalty card.

Starbucks operated or licensed 16,858 locations worldwide at the end of the fourth quarter ended in October, of which 11,131 are in the United States.