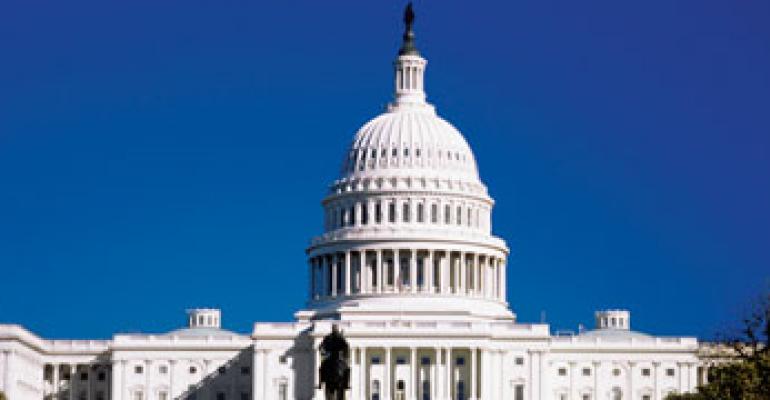 But despite the loss in the Senate, opponents of the rule say the battle over “ambush” elections now will shift to the courts.

Senators rejected a joint resolution, S.J. Res. 36, by a bipartisan vote of 54 to 45 that would have nullified a regulation passed late last year by the NLRB. The resolution was sponsored by Mike Enzi, R-Wyo.

The new rule, which is scheduled to take effect at the end of this month, will speed up union elections from an average of 38 days after a petition to unionize is filed to as little as 10 days. Opponents say the agency overstepped its authority by passing the rule.

“We see the vote today as disappointing,” said Jay Perron, vice president of government relations and public policy of the International Franchise Association. “But we knew it was going to be a tough vote to get passed.”

President Barack Obama’s last minute threat to veto any legislation attempting to override the rule also had a dampening effect on the vote, observers said.

Rob Green, executive director for the National Council of Chain Restaurants, said if the resolution had been passed “it would have sent a strong signal to the NLRB that they have been overreaching. But the education process continues and we’ve talked with a large number of lawmakers about NLRB’s ongoing activities.”

Organizations like the IFA, National Council of Chain Restaurants and the National Restaurant Association have been urging their members to contact their Senators and ask them to oppose the NLRB rule. The NRA, in fact, made it one of its four priority issues last week when restaurant operators and executives gathered in Washington for the association’s Public Affairs Conference, when industry members visit Capitol Hill to lobby their lawmakers.

Late last year the U.S. House of Representatives passed The Workforce Democracy and Fairness Act, or H.R. 3094, by a vote of 234 to 188 that would override the NLRB’s ruling. With the recent Senate vote, though, that measure is “dead on arrival,” Perron said.

However, Green said, “the next fight is going to be in the courts. The litigation is ongoing.”

For example, earlier in April a federal judge in South Carolina ruled against the NLRB’s regulation that would have required companies to hang posters notifying employees of their right to unionize. Other litigation is addressing the right to form micro-unions, which theoretically could contain as few as two employees.

But while the associations see the Senate vote today as being a defeat, they maintain that some progress has been made. “We have talked to a large number of lawmakers about the NLRB’s ongoing activities,” Green said. “So we will just continue to tell our story. The education process continues.”