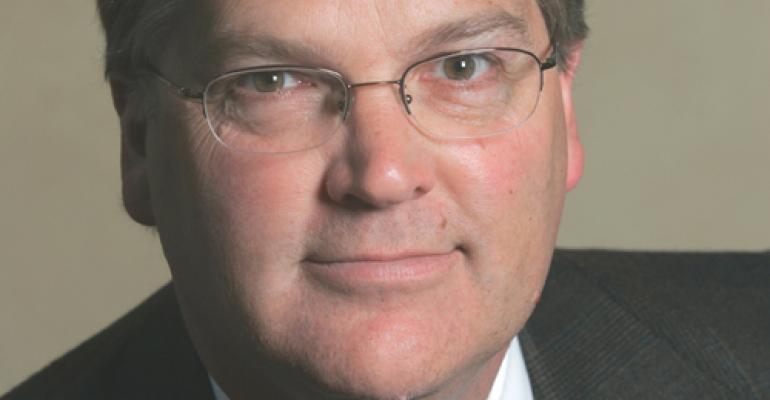 San Francisco Mayor Gavin Newsom, who hasn’t always seen eye-to-eye with many in the city's business community, has put his stamp on an initiative to make it easier to open and cheaper to run restaurants.

With more than 3,000 establishments and 46,000 workers, San Francisco’s restaurant industry is rightfully considered an economic power. Among other acknowledgements, it was recently credited by Newsom’s office with “revitalizing neighborhood corridors and stimulating tourism.”

Operators in San Francisco haven’t always felt the love from city government or city hall, however, as many believe some city regulations and policies are intrusive or unwarranted at best, and a threat to their business survival, at worst.

Some restaurateurs are still stinging from the Newsom-endorsed “Healthy San Francisco” program that requires employers to provide insurance to employees or otherwise help pay for a city-run universal coverage plan. That measure was unsuccessfully challenged all the way to the U.S. Supreme Court by the Golden Gate Restaurant Association.

And even fresher in the minds of operators is a recent unsuccessful attempt by supervisors — vetoed by Newsom — to add another tax on alcoholic beverages to help pay for city services tied to alcoholism.

However, Kevin Westlye, executive director of the Golden Gate Restaurant Association, said the city is making progress in cutting costs and regulatory hassles for restaurants.

On Oct. 8, Newsom issued an executive directive creating an “inter-agency restaurant consultation team” to consider the recommendations for streamlining some restaurant-related regulatory or permitting processes and reduce fees. The recommendations were made by a committee with representatives from several stakeholder groups, including Westlye.

“This initiative is an important step in ensuring that the city and the restaurant industry can be good partners, and that restaurants can continue to flourish in San Francisco,” Westlye said at the time Newsom’s directive was publicized.

Among the recommendations being considered by the new city team is one calling for planning department and building inspection staff to meet before the start of construction to approve architectural drawings and to assign an inspector who will see a project through until the end. Restaurateurs have suffered costly delays in the past, Westlye said, because a building inspector who is rotated on to a project midstream interprets a requirement differently, forcing a change in plans and construction requirements and, possibly, an additional round of public hearings.

“It’s a big deal when an inspector in good faith, changes an interpretation of a previous inspector,” Westlye said. “That takes time and money [to handle] — both of which are precious when you are trying to open a restaurant.”

Of greater import to San Francisco operators already up and running are some simple recommendations under review involving the 900 or 1,000 restaurants in the city that offer sidewalk dining.

The committee with which Westlye has worked has suggested that restaurateurs with permits that allow sidewalk seating be allowed to post a diagram of the number and location of the tables and chairs approved by the city. That way, he said, neighborhood residents can see for themselves what a restaurant’s sidewalk seating permit allows before calling city officials to complain.

Another sidewalk-seating-related recommendation, Westlye said, involves transferring responsibility for checking compliance with permits from a specialized eight-person team in the Department of Public Works to the Department of Health. Health Department inspectors already annually visit restaurants for a 60-item inspection and could easily verify that outdoor tables and chairs are being used in accordance with the permit issued, he explained.

As it stands now, Westlye said, restaurants with sidewalk-seating permits must pay an annual renewal/inspection fee of about $1,000. He said the amount of the fee is based on the cost of fielding the specialized inspectors and answering complaints —many unfounded — about the number of or placement of sidewalk tables and chairs.

“We proposed that the only time a restaurant would have to pay a fee is if tables or chairs are not where they are suppose to be,” he said.

“So here is an example where restaurants could save about $1,000 a year in permit fees if the department of public health inspected the [outdoor] tables and chairs — not for a new permit, but for ongoing permits,” Westlye added. “For me, that’s efficiency in government, so we’re recommending things like that because the cost of doing business continues to escalate.”

Though he has no inside knowledge about when the city’s new interagency team might report back to the mayor or about how long it might then take to turn the proposals into policies, Westlye said it could be just weeks and not months.

In the end, Westlye suggested, the fate of the recommendations may not be as important as the precedent being set in trying to walk those ideas through the system.

“Part of this [initiative] was to get the [city] departments to look at what they can accomplish if they work together,” Westlye said.

He added that “part of this is about a cultural change” so that government actions are “not about protecting the budgets of departments, but about actually trying to help business be successful.”