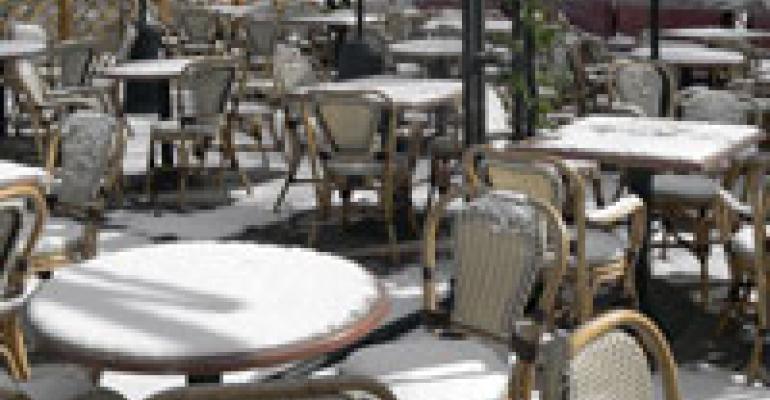 Restaurants not afraid of the cold

Now that the feast-heavy holidays are over and Old Man Winter has arrived over much of the country, restaurants will use special promotions, gift cards, and even a reduction in customers’ taxes to help heat up first-quarter sales.

The quarter, which typically stretches from Jan. 1 to March 31, has long been considered a tricky period for restaurants given the lack of major holidays and the cold weather that makes potential diners stay home.

“Traditionally, January and February are among the slowest months for restaurants in the nation as a whole, so restaurant operators are typically prepared for lower traffic levels compared to the rest of the year,” said National Restaurant Association chief economist Bruce Grindy.

But for 2011, several factors could help provide a boost to winter sales:

1. Consumers get a tax cut
A 2-percentage-point reduction in payroll tax withholding will put a few more dollars in consumers’ wallets on a regular basis, Grindy said. Those dollars can be used for small luxuries like a morning cup of coffee, a lunch out or a take-out dinner from the restaurant down the street, he said. The reduction goes into effect on Jan. 1 and the government has mandated that employers make the withholding change by Jan. 31.

2. Valentine’s Day
Despite the dearth in major holidays during the first quarter, restaurants will find one special occasion on their side. Valentine’s Day – considered the second most popular dining out holiday behind Mother’s Day – falls on a Monday.

“This will provide a solid boost in restaurant traffic on a Monday, which is typically the slowest day of the week for restaurant sales,” Grindy said.

California is taking Restaurant Week a step further and hosting its inaugural Restaurant Month where diners can find deals for the entire month of January. Discounts include two-for-one entrees, percentage discounts and special pricing on meals and about 20 cities or counties across the state are participating.

4. Holiday gift card redemptions
Gift cards can also be a sales driver during the first quarter of the year. Although the NRA’s Grindy said data is scarce for when gift cards are redeemed, he offers that “many gift cards are still burning a hole in people’s pockets from the holidays.”

This holiday season, gift cards could have provided a bigger boost for restaurants than in years past. In an annual consumer survey last month, digital gifting support vendor CashStar Inc. found 67 percent of respondents who said they planned to buy gift cards were set to buy one for a restaurant, up from 59 percent in 2009.

5. Special offers
Some restaurant chains are also planning to offer special promotions at the start of the year. In a conference call with investors in December, Darden Restaurants Inc. chief financial officer Brad Richmond said the company may introduce several new “moderately priced but highly satisfying dishes to the menu in the $15 range” to drive traffic at Red Lobster.

Others are looking to the typical consumer weight loss resolutions, and offering special diet menus. Bob Evans is advertising “resolution solutions” in the form of its Fit from the Farm menu, for which each item contains one-third or less of the recommended daily value for calories, sodium, fat and saturated fat.