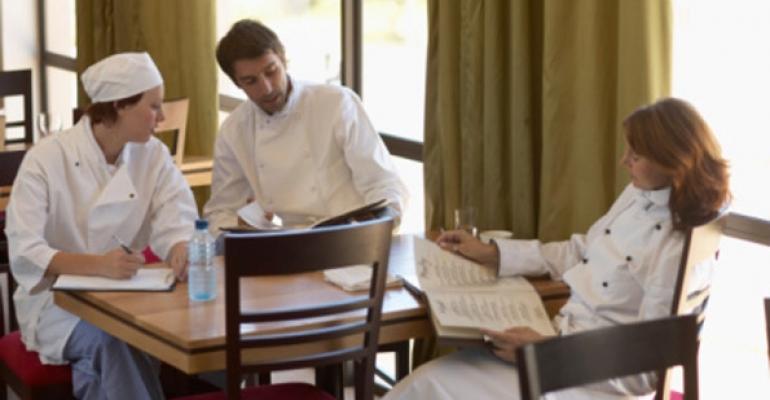 The People Report Workforce Index, which measures market pressures on restaurant employment, rose in the second quarter of 2012 to its highest level since 2007, an indication that operators will continue to face challenges regarding recruitment and retention.

The Workforce Index, based on surveys of restaurant human resources departments and recruiters, stood at 69, about six points higher than in the previous quarter. It was the Workforce Index’s highest reading since the first quarter of 2007, before the recession began.

The Workforce Index measures from a baseline value of 50, with any results over that level indicating increased pressures on the five components: employment levels, recruiting difficulty, vacancies, employment expectations and turnover.

“If you look at employment pressures being reported to us,” said Joni Doolin, founder of the Dallas-based People Report, “they are the highest since first quarter 2007. It is very clear that the market is starting to move, particularly when you look at the bellwether of QSR.”

Doolin said the Workforce Index number for the quick-service segment in the second quarter, which rose to 75.2 from 66.6 in the first quarter, was “the canary in the coal mine” and a harbinger of a tougher job market ahead for other categories.

“Those employees in QSR, typically if they are well trained and well qualified, will then as they get more experience and get a little older have the opportunity to move into casual-dining jobs, where they can potentially make more money,” Doolin said. Turnover in QSR traditionally has been higher than in any other segments, she noted.

Doolin said that if the Workforce Index numbers continue to be positive employers will begin to see an impact on restaurant hiring by the middle of summer.

“I would be strategically accessing my current staffing levels, and I would be accelerating anything in my arsenal relative to retaining employees and to understanding what their plans are for the next couple of quarters," Doolin recommended to restaurant operators. "And I would be increasing my awareness about the job market and becoming more aggressive about adding staff where I could. I wouldn’t wait until I had a problem.”

The People Report index found that each industry segment also recorded an overall index value of 67 or higher in the second quarter.

“Of particular note, the Employment Expectations component recorded its highest reading (82.7) in the history of the Index,” the report said.

“Fueled by solid but unspectacular monthly job gains, unemployment dipped to 8.2 percent in March — its lowest rate in over three years,” the report said. “Job growth in the foodservice industry for the first three months of 2012 totaled 103,00, an increase of 24,000 jobs over the first quarter of 2011, and slightly better than the 101,000 jobs added in Q4 of 2011.”

The Employment Levels component once again increased four points to 68.9 during the quarter, as companies in the industry continued to add to their payrolls.