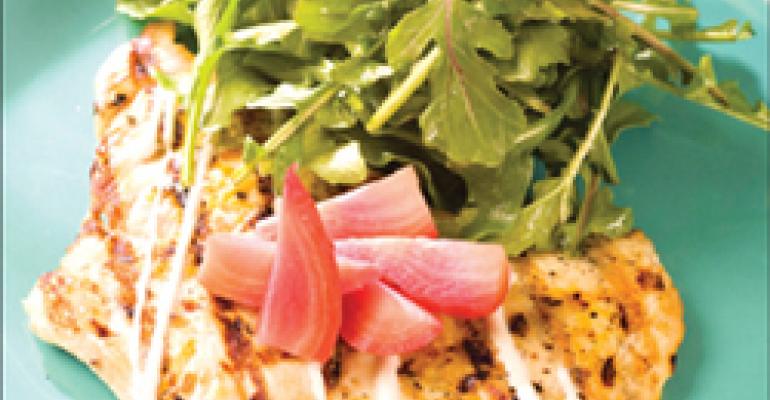 Reducing greenhouse gas emissions is not only good for the environment, it’s good for business, and foodservice companies are realizing huge savings by curbing their use of traditional energy sources to lower discharges of harmful carbon dioxide and methane gas.

Full-service restaurants will increasingly engage in conservation and recycling efforts throughout 2007, as some chains begin to focus on reductions in environmentally hazardous greenhouse gas emissions. Many operators who currently do not recycle various items intend to launch recycling programs.

Percentage of full-service restaurants that currently recycle the following items or plan to this year:

In a pilot program at 1,800 McDonald’s restaurants, operating costs were reduced by 3.7 percent while the discharge of an estimated 200,000 tons of carbon dioxide into the atmosphere was avoided, officials indicated.

“In our restaurants right now, the two biggest areas of [environmental] focus are our use of energy and our packaging,” said Bob Langert, McDonald’s vice president of corporate responsibility. “Last year we recycled and reused 1.65 million pounds of paper through a napkin and packaging redesign. Not only are we doing good, it’s also a great way to reduce costs.”

In addition, Langert said, Oak Brook, Ill.-based McDonald’s mandated a switch to more efficient lighting at all of its 30,000 restaurants, which contributed to cost savings and lowered the creation of energy through the burning of fossil fuels.

Bon Appetit Management Co. of Palo Alto, Calif., this month said it was putting the company on a strict low-carbon diet with a national campaign to reduce its greenhouse gas emissions and possibly help reverse the global warming trend.

“We like to refer to the low-carbon diet as the first national initiative that connects food to climate change,” said Helene York, director of the Bon Appetit Management Co. Foundation.

That connection’s “significance is not well understood by the foodservice sector, so we’re trying to lead the charge and make some changes,” she added.

Aiming to curb fuel use and freight exhaust by vendors that supply provisions for the nearly 80 million meals served by Bon Appetit’s on-site venues each year, the company’s low-carbon diet involves:

Reducing beef use by 25 percent—predicated on findings that livestock production is responsible for 18 percent of all greenhouse gas emissions.

“Of the six greenhouse gases emitted, the three biggest in terms of volume are carbon dioxide, methane gas and nitrous oxide, all of which are prevalent in the food system,” York said. “And CO2 comes from the burning of fossil fuels in the transportation of food.”

She added, “It is insane to sit down to lunch in Los Angeles and drink water that has traveled 5,000 miles from Fiji.”

“When we talk about methane gas…we’re really talking about cows here, the production of beef and cheese,” York said. “Since there’s been a tremendous amount of deforestation in tropical areas so that the cows can graze, the earth doesn’t have a chance to absorb the [cows’ own natural-gas emissions].”

“If we continue to send food waste to the landfills, if we buy too much food and waste it—just throw it out—that also causes methane gas,” she continued. “And methane gas is 20 times more potent than carbon dioxide as a gas emission.”

York said the biggest challenge for Bon Appetit “probably is food waste and teaching employees and consumers what it represents and why it is important to reduce it to the lowest amount possible.

“If we can build up a composting program that can accommodate natural food waste, then we will have captured some of the energy embodied in producing and preparing that food and reduced the methane gas emissions,” she said.

Burgerville, the Vancouver, Wash.-based chain of 39 fast-food restaurants, pays extra for its electricity to subsidize the generation of energy through wind power, which lowers fossil-fuel discharges. The company also sources its provisions locally as an integral part of its brand identity, chief operating officer Jeff Harvey explained.

“There is less of an environmental impact since we’re not moving the food as long a distance and putting more pollution into the air,” he said. “We try to ensure the shortest routes available, and because we’re willing to be flexible on delivery days, our supply partners have been able to minimize the distance traveled by any given truck.”

As a result, he added, Burgerville’s vendors “get to play a role in designing how we do business, so they care more, understand the business better and take more of an interest.”

For contract foodservice companies, particularly ones that operate at national parks, ecofriendly systems have become an obligatory cost of doing business.

“The National Parks Service requires all new contracts to have [environmentally friendly] programs in place that outline all of our activities and systems as far as energy, waste and recycling is concerned,” said Tim Stein, corporate director of food and beverage services for Denver-based Xanterra Parks & Resorts. “It’s a competitive criteria when bidding for a contract.”

In teaming up with the World Wildlife Fund, Xanterra is targeting a 10-percent reduction in its carbon footprint by 2015. The company already has installed solar and wind power operations at its accounts at Yellowstone National Park and Crater Lake National Park.

Similarly, Philadelphia-based Aramark Corp. is investing in renewable sources of energy to offset its use of traditional energy sources that currently emit 24.5 million pounds of carbon dioxide annually at the 16 national and state park properties it manages.

“The industry is just beginning to understand what is occurring that is having an impact and how we can make a change,” said Todd Mann, vice president of business development for the National Restaurant Association.