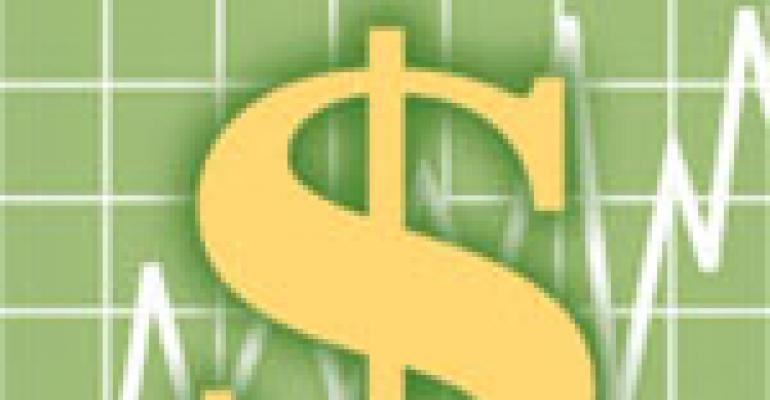 For as long as Jack Polsenberg, chief financial officer of China Grill Management Inc., can remember, his restaurants kept their lights and heating or air conditioning on all night long for the cleaning crews that typically worked till dawn.

Last month, however, Polsenberg decided to bring the crews at many of his restaurants in at 7 a.m. so that all utilities could be turned off overnight. He estimates that the simple switch will help the nearly 30-unit, Miami-based chain, best known for its China Grill and Asia de Cuba eateries, save between $18,000 and $20,000 per restaurant each year.

“It was just the custom,” Polsenberg said. “We didn’t focus on the fact that there were additional costs of utilities to keep it running all night. Now we have to be more thoughtful about what we’re doing.”

Many restaurants already were forced to pare operating costs as much as possible earlier this year because of sales slowdowns that permeated the industry. Now that the hoped-for economic recovery has turned into a full-fledged economic meltdown, complete with swooning stock prices and closing consumer wallets, operators are forced to get even more creative. They are focusing on each line item of the P&L for ways to further cut expenses and to find the best places to spend precious cash.

On the costs savings side, operators are updating every aspect of their business plans, from tax strategies to vendor negotiations, and when spending money, they are seeking higher returns on investments and spending just what they need until the economy rebounds, however long that may take.

For example, with economic news recently worsening each day, Polsenberg is ignoring troubling headlines and zeroing in on economic developments he can convert into bargaining tools. Declining energy prices are one such fertile opportunity, he said.

After zooming to record highs of more than $147 last July, the price of a barrel of crude oil plunged from $99 in late September to roughly $64 at press time. The price is likely to fall still further, perhaps to $50, observers say. When oil prices were rising, many of Polsenberg’s vendors levied fuel surcharges on their product deliveries. He understood why that was necessary at the time, he said, but the recent price slump means he will be calling vendors to revisit the issue.

“The cost of fuel is coming down, and there should be some reduction passed to us,” Polsenberg said.

“Review each line of your budget with careful attention to inventory, overhead, vendor contracts, seasonal staff needs and discretionary spending,” said Lisa Knee, a partner in the New York tax practice of Berdon LLP, which works within the restaurant segment, among other industries.

Knee has been advising her restaurant clients, which include Polsenberg at China Grill, on how best to tap benefits from recent tax code changes—benefits that are available only through this year. While business owners may be loath to purchase big-ticket items such as new ovens or refrigerators in the current economy, buying before the end of the year allows an operator to book generous tax incentives that were included in the federal government’s economic-stimulus package passed last summer. For example, businesses can take an immediate write-off of up to $250,000 for equipment purchased this year, which is double the write off amount allowed in 2007. Further, if the business places that new asset into service this year, the company may also be able to garner an additional 50-percent depreciation.

In addition, operators who have made improvements to their restaurant, or plan to by year-end, should consult a tax advisor to see if they qualify for a tax break on these improvements, Knee said. The time frame for depreciation on leasehold improvements can be narrowed to 15 years under certain conditions, Knee noted, from the typical 39 years.

In this new economic environment, operators also should revisit projected returns on capital expenditures, whether for remodels, expansions or new locations. Restaurant securities analyst Destin Tompkins at Morgan Keegan & Co. said any assumptions made before the credit crunch worsened in September may prove too aggressive. For example, he said, if an owner’s cost of capital is 15 percent, and the budgeted return on an investment is 20 percent, that 5 percentage point difference above the cost of capital may not provide enough of a cushion for a possible missed target.

“If you thought you would get a 20 percent return and you only get 15, you really haven’t created any value,” Tompkins said. “You’ve got to scrutinize those [assumptions] a lot more carefully than you have in the past.”

Still, both operators and industry observers said it is important to continue spending money where it counts, though much more carefully than before the economy weakened.

A good rule of thumb for maintenance capital expenditures is between 1 percent and 2 percent of sales, Tompkins noted. While some operators can get by with spending a bit less for a little while, Tompkins added that a fresh, appealing space is crucial to attracting customers during a tough economy.

“Make sure they don’t trade away,” Tompkins said, referring to the trade-down effect that many casual-dining restaurants have suffered from, and the speculation that as the economy worsens, consumers will simply trade out of the restaurant space for cheaper alternatives like prepared grocery offerings.

Mark Dubinsky, president of Bellingham, Mass.-based DD Independent Franchise Owners, Inc., which represents more than 1,700 Dunkin’ Donuts franchisees, also cautioned members to continue investing in crucial areas of restaurant operations, even when it seems most apt to focus just on cutting costs. These critical areas include staff training, business insurance, safety programs and maintenance of the physical building, he said.

“The worst thing people can do is cut back on G&A items critical to their success,” said Dubinsky, who is also the former chief executive of his family’s 27-unit Dunkin’ Donuts franchise.