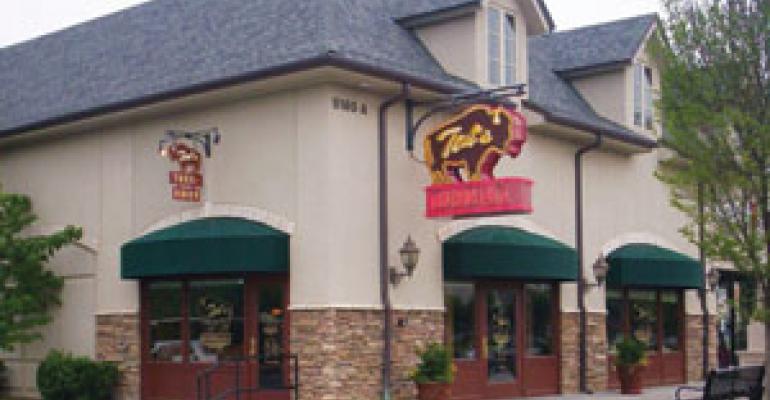 With holiday shopping sprees likely to be reduced this season, restaurants in retail malls and mixed-use lifestyle centers are girding for a Scrooge-like dampening of usually robust December sales.

Retail chain stores posted their weakest October same-store sales in 40 years, according to the International Council of Shopping Centers, fueling the pessimistic outlook that stingier spending this holiday season is likely to extend to restaurants that depend on the fortunes of neighboring retailers.

Mimi’s Cafe, the 139-unit chain that traditionally counts on word-of-mouth advertising, is ramping up other forms of marketing before the holidays “to drive awareness and traffic,” said president Tim Pulido.

The Tustin, Calif.-based chain is leveraging its three-daypart format with a variety of discount coupons and other incentives.

Among Mimi’s Cafe’s offers are a new “Just Enough” menu with smaller portions at lower prices, especially aimed at women, an online loyalty club, and Thanksgiving dinner at most locations. The offers are being promoted by way of everything from table tents to direct mail to the Mimi’s Cafe website, all tactics that Pulido said are “relatively new to us.”

He and his associates are pulling out all the stops to boost lagging same-store sales, which fell 8.3 percent for the October-ended quarter.

Other full-service restaurants not known for discounting are judiciously testing the bargain-hunting waters this season. Yard House, the 20-unit chain most noted for its “world’s largest” tap beer selection and innovative foods, is attracting more lunch customers at lifestyle-center locations with a new combo meal. The $8.95 special includes a half sandwich or personal pizza with a salad or cup of soup.

“It has appeal at lunch and gives fast-casual restaurants a run for their money,” said Jennifer Weerheim, Yard House’s vice president of marketing. The chain also is offering a $10 bonus to buyers of $100 worth of its gift cards.

A limited-time offer called the “Real Deal” recently debuted at Ted’s Montana Grill. Priced at $15 or $16, depending on the market, the meal includes soup, salad or onion rings, a choice of four entrées, and a large, fresh-baked cookie. About 10 percent of guests have been ordering the “Deal,” said George McKerrow, Ted’s chief executive.

Sales at most of Ted’s 57 units have been slightly down since Sept. 1, McKerrow said.

“We are not seeing people out doing early shopping or throwing big parties,” he said.

Traffic at lunch in particular has dropped, McKerrow added.

McKerrow is optimistic that gift card sales, Thanksgiving Day meals and post-Thanksgiving restaurant sales will do well, and he noted that sales have spiked since the Nov. 4 election.

“We all have to realize we will come out of this,” he said.

Being in a mall or lifestyle center has more benefits than detriments, said Greg Carey, president of the Chicago-based Stir Crazy Cafe stir-fry chain.

“It’s an advantage to be in a cluster of restaurants because it drives people to an area to dine, and you will get some business,” he said. “We don’t just rely on mall traffic; we’re a bit of a destination,” Carey said.

Even though the economy has impacted the 14 Stir Crazy restaurants, Carey said he is hopeful that the full-service Asian-flavored concept will stand out from the crowd because of fewer direct casual-dining competitors.

Multiconcept Lettuce Entertain You Enterprises, also based in Chicago, has about 30 restaurants in malls and lifestyle centers in several metropolitan areas.

Almost all of those are surrounded by affluent communities, which Kevin Brown, LEYE’s chief executive, said probably helps to cushion them from the worst of the recession.

“Any time we go into a mall location, we look at the neighborhood,” Brown said. “To date, we are doing OK.”

Three LEYE restaurants that he said are doing well are located in the gigantic Mall of America in Bloomington, Minn. Overall retail sales there are up so far this year, said mall spokesman Dan Jasper. A recent November weekend was the third busiest in the mall’s history, he said, adding that Mall of America anticipates a “decent holiday season.”

Cold Stone also is stepping up both its regular gift card and its third-party gift card promotions.

“People may not be doing a seven-day cruise, but they will still buy little indulgences,” he said. “Our ice cream pies start at an affordable entry point of $9.99.”

Kent Rathbun, chef-owner of three Jasper’s restaurants in lifestyle centers in Dallas, Houston and Austin, Texas, has not yet experienced a business fall-off, but he would not be surprised if that happens.

“This will be a different kind of holiday season than we’ve had for the last several years,” Rathbun said.

Bravo! Development, which operates 71 Bravo! Cucina Italiana and Brio Tuscan Grille dinnerhouses in lifestyle centers, has been slightly affected by the preholiday shopping doldrums. Rick Doody, chairman of the Columbus-based company, said he and his managing partners are promoting December party business, gift card sales, bar business and lunch specials with some success.

Still planning to open nine new restaurants in 2009, fewer than this year’s expected total of 16, Doody is not sure what 2010 will bring, as far as company expansion goes.

“Developers have pulled back and are slowing down because they can’t get financing,” he said.

Indeed, developments of several major shopping and entertainment centers, such as the $2 million Xanadu in the Meadowlands in New Jersey, which was previously scheduled to open this month, are being delayed till at least next summer.