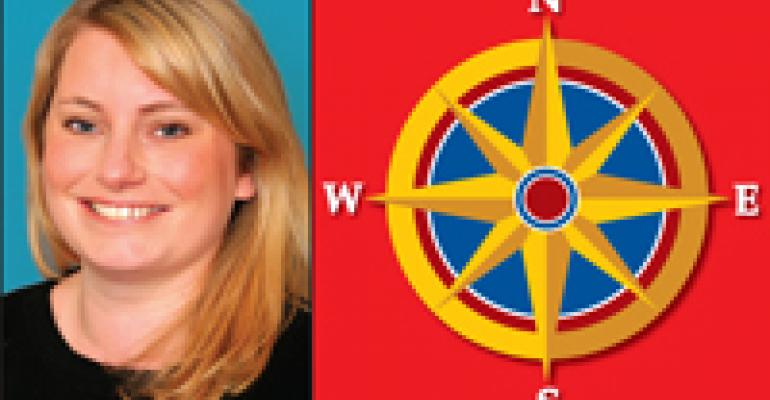 Branding a restaurant company’s concept—touting its food, service, ambiance and personality—is a no-brainer for operators. Observers long have said that, especially in times of declining sales, concepts with a compelling identity and a unique story will prosper over those with nothing special to offer.

Increasingly, the rules that apply to a concept also apply to a concept’s stock. Given 24-7 media coverage, shorter shareholder time-frames and more aggressive investors, marketing to shareholders is becoming as important as marketing to consumers, said participants at a Nasdaq-sponsored forum on the restaurant and food industries held earlier this month in New York.

Darden, Yum! and Applebee’s were three restaurant companies held up during the conference as shining examples of public companies that communicate well with Wall Street.

Yet such communication is not easy, many chief financial officers say. Who can forget the on-air meltdown of esteemed CFO Robert Merritt, then at Outback Steakhouse, who retired amid “lunacy” surrounding lease accounting, an “increasingly negative” regulatory environment and the media’s alleged “presumption that all businesspeople are dishonest,” he said back in the summer of 2005. Merritt also said he was convinced it wouldn’t get better any time soon.

Looks like it hasn’t. Ruth’s Chris Steak House’s CFO, Thomas Pennison Jr., told attendees at the Nasdaq conference that the CFO’s job at a newly public company would be vastly different than it was at a private concern. Travel, television appearances and communicating the company’s message to Wall Street are all part of the game. Never mind the CFO’s primary job.

And one has only to look to the latest earnings reports and resulting stock volatility to see how demanding this environment can be. Buffalo Wild Wings posted a 58-percent jump in second-quarter net earnings, a 22-percent surge in total revenue and an 8.1-percent increase in same-store sales—numbers any restaurant company would envy. Yet the company’s stock plunged 17 percent. Market forces are larger than little me, and smarter heads than I spend their days picking and trading stocks, but still, I have to say, “Huh?”

A new tool has emerged that could help overburdened CFOs put the splash back into their stock: video annual reports. Ruth’s Chris and California Pizza Kitchen have created video annual reports that simultaneously succeed in presenting the company’s consumer brand and corporate financial philosophy in a sleek package. You can check them out on the companies’ respective websites, YouTube or AOL. They are sharp, colorful and up-to-date weapons in today’s Internet world. Will they stop investors from trading on monthly same-store sales? No. Will they teach analysts what is behind a brand? Maybe. Can they help public companies have what little fun they can in a tough environment? I think so.