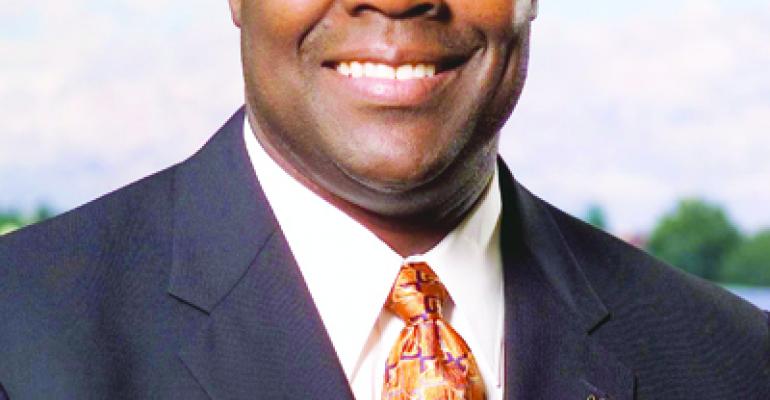 In what McDonald’s Corp. executives and securities analysts expect to be a smooth transition, Don Thompson will succeed Jim Skinner as chief executive of McDonald’s July 1.

At the time of his retirement announcement Wednesday, Skinner called Thompson, 48, “well prepared” for the role of chief executive. Skinner, 67, was named chief executive in November 2004 after former CEO Jim Cantalupo died of a heart attack in April 2004, and his successor, Charlie Bell, had to step down weeks later due to advanced colon cancer.

Thompson has been president and chief operating officer of the company since January 2010 and joined the board of directors last year. Prior to that, he was president of McDonald’s USA for four years.

The promotion would make Thompson the first black chief executive in McDonald’s history, and one of only a handful of black CEOs leading a Fortune 500 company.

Sooner than expected, but not a surprise

Securities analysts covering McDonald’s Corp. had considered Thompson the heir apparent to Skinner since taking the president and COO posts two years ago, and several have reacted favorably to the news that he officially has been named Skinner’s successor.

Sara Senatore of Bernstein Research wrote in a research note that, while Skinner’s retirement would be a loss for McDonald’s given his four decades of experience and institutional knowledge, Thompson is “well-suited for the top job.”

“He has demonstrated himself as a skilled operator who believes in the principles guiding the company’s Plan to Win,” Senatore wrote. “During his tenure as COO, he has extended his experience with the company’s strategy and operations to a global scale. … We do not expect any major changes to McDonald’s strategy or operations.”

She also noted that the timing of Skinner’s announcement was earlier than expected, given that Thompson had only been his second-in-command for about two years. She added that the December 2009 retirement of Ralph Alvarez, Thompson’s predecessor as president and COO, happened in part because Alvarez did not expect Skinner to retire and open up the top post soon.

Jefferies & Company analyst Andy Barrish wrote, “While the news of Skinner’s retirement likely comes slightly earlier than investors expected, we do not think the announcement indicates any structural issues.”

He added that Thompson’s success over the past six years in top posts gives investors and franchisees “good visibility into the direction of this new leadership and the collaborative global business-sharing process he has trumpeted.”

John Ivankoe of J.P. Morgan wrote, however, that “even the timing of this announcement was expected, just in front of the biennial owner-operator convention to be held in Orlando, Fla., in April.” The CEO transition shows McDonald’s Corp.’s “continued strength and depth of global organization,” he noted.

“The single most impressive quality of McDonald’s is the depth of individuals in all functional and leadership roles in the company and across regions,” Ivankoe wrote. “Don is reflective of this strength, and having traveled around the world to meet McDonald’s executives and experience markets firsthand has confirmed the growing deep bench of talent.”

He added, “We have always been impressed with Don’s thoughtfulness, energy, enthusiasm, strategic vision, and command of all aspects of McDonald’s store-level and corporate businesses.”

Thompson was born on the North Side of Chicago and lived there until he moved to Indianapolis in grade school.

Thompson became COO of McDonald’s USA in 2005, and rose to the post of president of McDonald’s USA a year later. Among the initiatives securities analysts credit Thompson for leading were the 2009 rollout of the McCafe beverage lineup, as well as the replacement of the double cheeseburger on the Dollar Menu with the McDouble — which quelled franchisee frustration over the lack of profitability of the double cheeseburger and Dollar Menu.

His job as chief executive will be to build on the momentum the Plan to Win gained under Skinner’s tenure. As McDonald’s looks toward growing average unit volumes and taking market share in the United States and around the world, the company’s objectives will continue to be menu optimization, restaurant remodeling, and gaining efficiencies through new systems like dual-lane drive-thrus, tighter scheduling and a new point-of-sale system.

McDonald’s spokeswoman Heidi Barker Sa Shekhem said Thompson will retain his title of president when he begins his job as CEO July 1.

“There has been no decision on the COO position,” she said. “There have been times in our company history in which we have not had a COO.”

McDonald’s operates or franchises more than 33,000 restaurants around the world, including more than 14,000 locations in the United States.