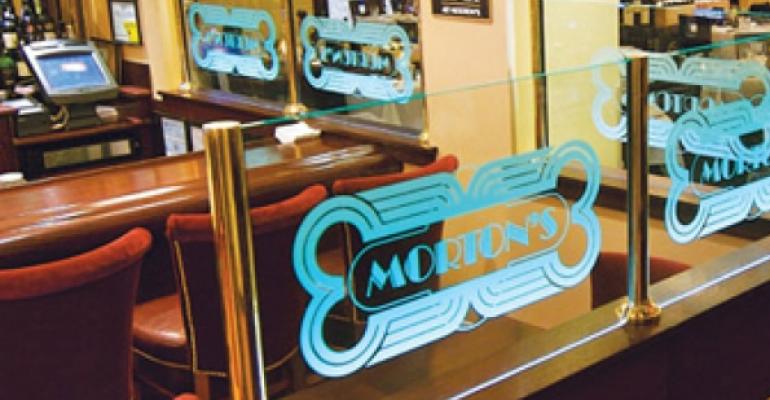 Tilman J. Fertitta, owner of Landry’s Inc., said Friday he has agreed to buy Morton’s Restaurant Group Inc., the owner of the 77-unit steakhouse chain, for about $116.6 million.

Morton’s board unanimously approved the deal, the company said, and recommended shareholders accept the tender offer. Castle Harlan Partners III L.P., which owns about 27.7 percent of Morton’s stock, has already agreed to tender its shares, the company said in a statement on its website.

"Morton's is one of the most recognizable and successful high-end steak brands in the world,” Fertitta said in a statement. “They are a dominant operator in the high-end steak category. Morton's will be refreshed and modernized while still maintaining its first-class atmosphere and food quality.”

Christopher J. Artinian, president and chief executive Morton’s, said, Fertitta “really understands the value of the Morton's brand and our people, and is well-positioned to further enhance our reputation as the world's best steakhouse.”

Landry's, which Fertitta took private last year, owns a variety of hospitality and gaming companies that are expected to generate about $2 billion in revenues in 2011. Restaurant brands include casual-dining Landry's Seafood House, Rainforest Cafe, The Chart House, Bubba Gump Shrimp Co., Claim Jumper, Saltgrass Steak House and Oceanaire, as well as a fine-dining Vic & Anthony's, Grotto, Willie G's and others.

Landry’s also owns the Golden Nugget Hotel & Casinos in Las Vegas and Laughlin, Nev., and Atlantic City, N.J. as well the Kemah (Texas) Boardwalk, the San Luis Resort Hotel in Galveston, Texas, and the Downtown Aquariums in Denver and Houston.