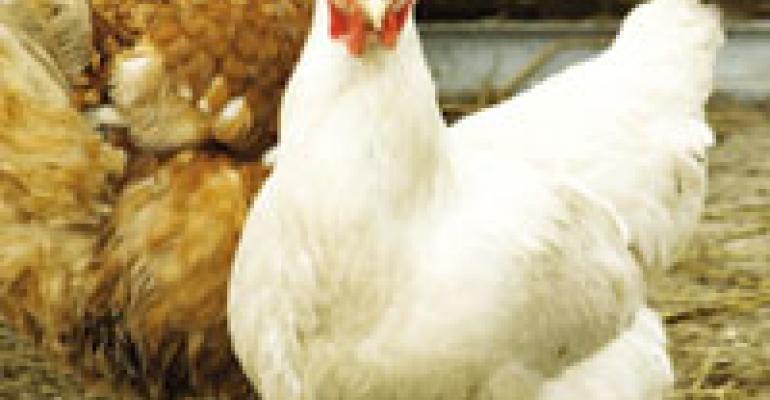 You’ve probably seen the commercials on television of unhappy-looking dogs, cats and horses accompanied by a request for donations to the Humane Society of the United States, a group generally associated with animal shelters around the country.

But the HSUS isn’t just about shelters. The organization also has put together an effective lobbying arm and along with People for the Ethical Treatment of Animals and other groups is aggressively pushing its animal-rights agenda on the industry.

HSUS helped structure laws in California and Michigan regulating the treatment of egg-laying hens, gestating sows and veal calves. The laws require that such animals have enough room to lie down, stand up, fully extend their limbs and turn around freely.

Nor is lobbying the only tactic animal activists employ. The HSUS is acquiring stock in restaurant companies and applying pressure at shareholder meetings to encourage those companies to change their purchasing practices.

In other cases, though, individuals have turned to violence to get their point across. In 2003, for example, police suspected animal rights activists opposed to foie gras production in California of vandalizing a restaurant and gourmet store owned by San Francisco chef Laurent Manrique.

And, in 2007, David Novak, chief executive of Yum! Brands Inc.—parent of KFC—was splashed with fake blood by animal rights protesters in Germany.

Fortunately, most activists are disinclined to use violence to achieve their ends. Paul Shapiro, director of the HSUS’s Family Farming Campaign, said he hopes that by getting restaurants to require their suppliers to raise animals in ways sanctioned by his organization, they can change the way farm animals are treated.

And just earlier this month, the Animal Protection & Rescue League of San Diego, an animal rights group, said it would hold protests outside of Thomas Keller’s New York restaurant, Per Se, in an attempt to stop him from serving foie gras in his operations.

Whatever the tactic, though, animal rights groups have let the foodservice industry know they are serious in their mission. While the laws HSUS helped craft in California and Michigan sound modest, Shapiro said they were devised to do away with chicken cages altogether.

“Basically, cages are expensive, chickens are cheap,” he said.

Requiring bigger cages with fewer birds in them makes the model less economical, he said.

“It’s important that these birds at a minimum get out of battery cages and into cage-free systems that offer more animal welfare and food safety,” Shapiro said.

Animal scientists, egg producers and other experts dispute activists’ claims, pointing out that stress hormones in caged chickens under United Egg Producers protocols are no higher than those in cage-free chickens, and they argue that the cages actually improve food safety by helping to prevent contamination.

Nevertheless, many restaurant companies have complied with the HSUS. Burger King announced plans to buy only cage-free eggs, something McDonald’s has committed to doing in Europe but not in the United States. Subway, Quiznos, Sonic Corp., Wendy’s and Arby’s also said they have plans to adjust their purchasing practices.

Chef-restaurateur Wolfgang Puck has committed to cooking products from animals raised under certified humane standards only, and he has stopped serving foie gras.

Other restaurant companies have resisted, however.

“Like any other shareholder that brings ideas to us, we certainly listen and share our ideas. But we, of course, have ultimate responsibility for our animal welfare guidelines,” he said, adding that to be truly responsible, they have to consult with experts rather than listen to special-interest groups.

“We’re guided by our guests and by independent third-party experts rather than groups that may have an agenda,” he said.

Other companies resisting pressure also tend to respond politely to the HSUS’s requests.

“HSUS reportedly owns about 240 shares of Domino’s Pizza stock, which they purchased in January,” said the company’s spokesman Tim McIntyre. “There was a representative at the [most recent] shareholder meeting who read a statement about pork. We told her that we would share that perspective with our pork suppliers.”

But some restaurants have been less polite.

In 2009, when anti-foie-gras activists threatened to demonstrate outside the New York restaurants of celebrity chef David Chang if he didn’t stop serving the delicacy, Chang went public in a column he wrote for the popular restaurant blog .

Chang defended his use of foie gras, saying he had visited the farm where the ducks were raised and was convinced of the respect with which they were treated.

Although he had not used the duck liver much in the past, he vowed to add at least one foie gras dish to each of his menus and donate proceeds from those dishes to hunger-based charities.—[email protected]