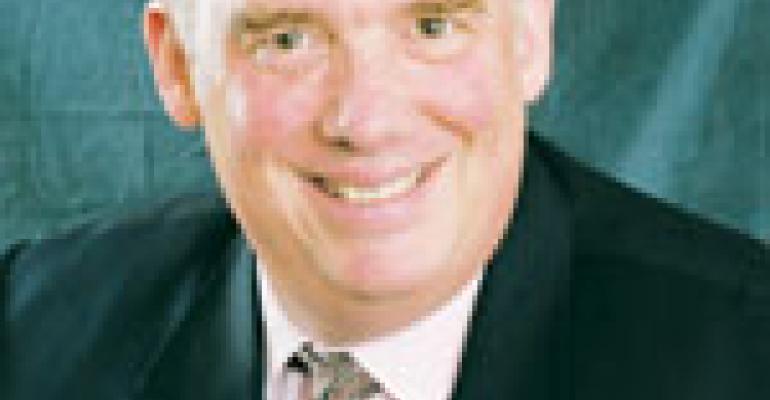 Trained as an engineer, Jeffrey Harvey is a problem solver who always wanted to make a difference. He just never thought he would be doing it at a restaurant company.

In 2004, Harvey left a position as a high-level engineer in the energy industry to join Burgerville, the Vancouver, Wash.-based quick-service restaurant chain focused on fresh, local and sustainable food.

“All I ever wanted to do was make things better for the future,” Harvey says. “Energy was proving to be a difficult base from which to achieve these values.”

Harvey caught the attention of Tom Mears, chairman of The Holland Inc., parent company of 39-unit Burgerville, in early 2004, when both men were attending an event sponsored by The Taylor Group, a business-coaching firm in Portland, Ore. Mears says it was immediately obvious that the two shared a desire to develop people, get involved in the community and promote sustainability.

“I called him up in early 2004 [and said], ‘Come out and spend the day and talk about it.’ He thought I was nuts,” Mears says. “I told him that food is energy. By the end of the day he was ready to work for us.”

Five years later, Harvey, who never ran a restaurant, is now president and CEO. He joined the company as chief operating officer and was promoted to chief executive in January 2008. Since coming on board, Harvey has overseen the company’s growth strategy, streamlined restaurant operations, launched an array of innovative programs focused on sustainability and helped boost same-store sales.

Early on Harvey realized Burgerville’s goal of using renewable wind power produced in the Pacific Northwest. Today, the chain purchases renewable wind power credits equal to the energy use of its 39 locations and its corporate headquarters. In 2008, the company spent about $185,000 on wind credits. By using local providers who are environmentally sensitive, Burgerville is able to help preserve forests, rivers and wildlife in the region, officials say.

Harvey has helped achieve a number of other sustainable goals as well. In March 2006, Burgerville began recycling the used cooking oil from all of its locations into biodiesel fuel, a cleaner-burning blend of diesel. In January 2007, the chain began using cage-free eggs from a local farm whose chickens are fed a vegetarian diet and are hormone- and antibiotic-free. In May 2007, Burgerville launched an employee-led compost and recycling program designed to divert 85 percent of waste out of local landfills. Currently, 13 restaurants recycle and 23 restaurants compost and recycle.

“His engineering background has brought a much-needed perspective…to clearly articulate where we are going and steps needed to get there,” Mears says.

In January 2006, Burgerville instituted another unique program when it began providing and footing the bill for an expanded health care plan for its hourly employees. Under the plan, employees who have been with the company for at least six months and work 20 hours a week are eligible for health insurance, which costs employees between $15 and $90 per month, depending on the number of dependents covered. The company pays more than 90 percent of the premium for employees and their dependents.

Harvey notes that the plan benefits both employees and the company.

So Harvey created the NetZero team to track the program and bring it in at a net-zero cost to the company. Not only did the tracking validate the program, it revealed an array of benefits. At the end of the first year, the expanded health care program reduced turnover from 130 percent to 50 percent, helped to lure new employees and improved goodwill among existing employees. It also provided a benefit Harvey didn’t expect: a significant increase in productivity. The stores that had the highest enrollment in the health care plan also had the highest productivity rates, he says.

Harvey credits his history as an engineer with helping him succeed at Burgerville.

“At the heart of being an engineer is the embracing of…problem solving,” he says. “Methods of problem to solution, I apply [them] every single day.”

Harvey’s problem-solving skills go beyond left-brain engineer-think. When a problem seems impossible, Harvey brings his guitar to the office and plays a few riffs to work it out. A few times a month he invites the corporate office staff to jam with him.

“[Playing the guitar at work] helps keep the creativity alive, so I’m not getting stuck,” he says. “[It’s] the only thing I find to stay engaged.”

Harvey’s creativity, openness and desire to help others are crucial to his success, says Jill Taylor, president and chief executive of The Taylor Group, who has known Harvey for more 14 years.

“Jeff is always willing to listen…whether it’s to me or employees or some kind of inner voice,” Taylor says. “He’s always looking at how to make it work for the company and how to make a difference.”

Taylor notes that she was initially surprised when Harvey, who is also a vegetarian, joined Burgerville, but then it made sense.

“He never wanted to stay in the box,” Taylor says. “He’s a very determined guy. When he sets his sights on something he will do everything to find a way to make it happen.”

Harvey also works to have an impact outside of the workplace. He has served on boards and organizing committees for the Oregon Special Olympics, Mt. Hood Kiwanis Camp and various Kiwanis clubs. Currently, he is on the board at the Northwest Earth Institute, a Portland, Ore.-based nonprofit dedicated to developing programs to protect the planet.

“Jeff’s been a great advocate for the work we do. He gets it,” says Mike Mercer, executive director of the institute. “[But] what I really respect about Jeff and his leadership at Burgerville…I think they’re creating a model that will be emulated more and more. I really applaud them for creating a new model that reaches the mainstream.”