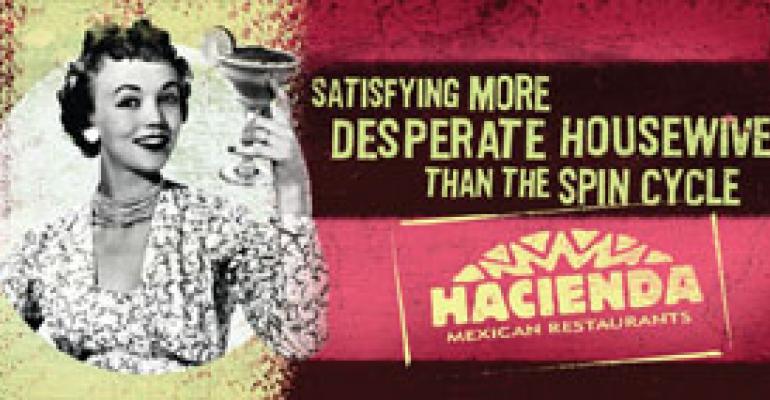 Americans spent the second half of 2007 thinking about the future—in particular, the upcoming national elections in 2008. With the White House and Congress up for grabs, the focus is once again beginning to shift from legislative and regulatory action at the state and local levels to how key industry issues might play out inside the Beltway over the next several years. Generally, though, political pundits agreed that major industry issues like immigration, health care, small-business health care plans and the estate tax “are in lock-down” until after the presidential election.

On the whole, many in the industry would tend to characterize 2007 as a pretty frustrating year. While the industry succeeded in winning a couple of temporary holding actions against regulatory incursions like menu labeling and the issuance of penalty-driven “no-match” letters, the year seemed to tilt into the negative column in terms of political gains and losses.

ON SECOND THOUGHT, DON’T GIVE US YOUR TIRED, YOUR POOR. The restaurant industry pushed hard for comprehensive immigration reform in 2007, siding with President Bush, who sought to package border security measures with some form of guest-worker program and path to citizenship for some of the 12 million illegal immigrants already residing in this country. However, the effort was dealt a setback in the Senate when proponents failed to muster the support necessary to carry the vote. It proved to be a frustrating defeat for the industry. Later in the year, Rep. Adam Putnam, R-Fla., put the issue into bitter perspective when he told attendees at the National Restaurant Association’s Public Affairs Conference in September, “All rational discussion of immigration ended two Cinco de Mayos ago.”

NO MATCH, NO MERCY. As if the immigration reform defeat wasn’t bad enough, the Department of Homeland Security announced soon afterwards that the Social Security Administration’s “no-match” letters seeking to correct employee information in the agency’s database would now include language threatening employers with possible criminal and civil liabilities amounting to as much as $10,000 per infraction. That rule was challenged, however, by a coalition that included the Essential Worker Immigration Coalition, the AFL-CIO and American Civil Liberties Union. On Aug. 31 Judge Maxine Chesney of the Northern District of California issued a temporary restraining order, which was followed on Oct. 10 when District Judge Charles Breyer issued a preliminary injunction to extend the restraining order indefinitely. DHS has vowed to challenge the ruling or implement a revised no-match rule.

More recently, the SSA declared it would suspend the issuance of all no-match letters to employers until early in 2008, observing there was not enough time left in 2007 for the agency to rewrite the letters and businesses to rectify the inconsistencies. It is yet unknown what form those letters will take next year.

LATE BUT NOT FORGOTTEN. In an effort to improve national security and stem further illegal immigration, federal authorities said they would step up the enforcement of an 11-year-old law limiting the number of documents an employer can accept as proof of identity and authorization to work. Based on “The Illegal Immigration Reform and Immigrant Responsibility Act of 1996,” the government updated its standard I-9 form to remove five documents, saying they would be disallowed because they were easily falsified or counterfeited.

READ AND FEED. Menu labeling was a battle that seemed to be fought on numerous fronts in 2007. Certainly the most-watched contest took place in New York City. Introduced in December 2006, a regulation passed by the New York Health Department would require all restaurants that make calorie count information available in other forms—on websites, for example—to list calories on their menus and menu boards alongside the menu items beginning in 2007. The regulation was challenged by the New York State

Restaurant Association in court last summer, leading to a court decision to strike it down on the grounds that it would have violated federal standards if it was narrowed only to chains that voluntarily disclosed calorie data. The Health Department has since revised the rule to include all New York operators with at least 15 locations around the country.

The New York battle triggered copy-cat proposals around the country as a number of state, city and county lawmakers introduced their own menu-labeling proposals. In addition, Rep. Rosa DeLauro, D-Conn., and Sen. Ted Kennedy, D-Mass., introduced companion bills into the U.S. House of Representatives and Senate that would require restaurant chains across the country to post details about nutritional content on menus and menu boards.

And while state lawmakers passed a similar measure in California, SB 120, Gov. Arnold Schwarzenegger used his veto to terminate the bill in October.

TRIMMING THE FAT. While the crusade to ban artificial trans fats from restaurant menus got off to a sizzling start in 2007, it had eased somewhat by the close of the year. Sixteen states and a number of counties and municipalities rushed to mimic New York City’s zero-trans-fat regulation, but few were successful at passing similar measures.

Experts say that proactive decisions on the part of many major chains to eliminate partially hydrogenated vegetable oils before the legislative hammer came down managed to convince policymakers across the country that perhaps legislation was unnecessary. To date only Philadelphia; Montgomery County, Md.; Albany, N.Y.; Brookline, Mass.; King County, Wash.; Nassau County, N.Y.; and Puerto Rico have followed in New York City’s footsteps. Some 16 states have bills in committee, but many are expected to go nowhere. Connecticut and California lawmakers failed to pass zero-trans-fat legislation, although California’s measure is expected to be reintroduced in January.

HOMESICK BLUES. Paid-sick-leave laws hit the industry radar in 2007, led by San Francisco’s ballot measure enacted in February. According to the law, employers must provide paid sick leave to all employees at the rate of one hour’s pay for every 30 hours worked. Employees can accumulate up to nine days of paid sick leave.

A Connecticut sick-leave bill was turned back, but similar measures are under consideration in a dozen states and the District of Columbia.

INVASION OF PRIVACY. The House of Representatives approved a bill curiously titled “The Employee Free Choice Act,” which would have replaced private ballot elections monitored by the National Labor Relations Board with card-check elections. The measure would have enabled unions to organize a restaurant if a simple majority of employees signed a card. While the proposal did not garner enough votes in the Senate to move forward, it is expected that unions will continue to push for passage of the measure.