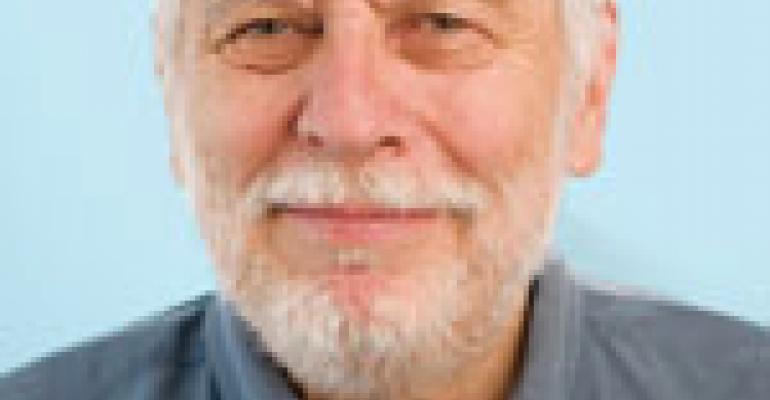 The “interactive restaurant” concept uWink has gone Hollywood. Literally. After about a year of fine-tuning the prototype unit in Woodland Hills, Calif., a suburb of Los Angeles, uWink Inc., opened a second location in July in the heart of Hollywood. In August, a third location is scheduled to open in the high-tech haven of Mountain View, Calif., in Silicon Valley. A joint-venture partnership in Canada will eventually take the concept there.

Nolan Bushnell, the Los Angeles-based company’s chief executive, continues to tinker with the technology at the heart of uWink, which is both entertaining and functional. Like the original location, all tables in the Hollywood unit have computer consoles through which guests can order their customized food and drink with the touch of the screen, then play games on the same screen, and later pay as well.

UWink is about to enter a new phase: selling the company’s proprietary self-ordering, pay-at-the-table technology to other restaurant companies looking to cut back on labor costs, as well as the gaming software.

What’s different about the new location in Hollywood?

It has a really good bar area. In Woodland Hills, our bar was really a hallway. It wasn’t separated sufficiently. We wanted to have a real “bar” bar. We also have more nooks, there’s a kind of intimacy that works well.

The bar itself—literally what you put your drink on—at the Hollywood location is also a new piece of technology. Can you describe it?

It’s like a long computer screen. You put your glass down, and it draws a circle around it, and lines between the circles and it creates an interesting graphic. We’re working on a thing where you put your glasses down and guests can play pinball, using glasses as the bumper.

You have said in the past you were disappointed in the bar sales at the prototype unit. Has the Hollywood location been better?

Woodland Hills has come up but isn’t hitting the 30 percent [of sales] that we wanted. It’s a very different demographic in Woodland Hills than in Hollywood.

The bar business in Hollywood has been off the charts. Families tend to be tourists, and the bar crowd tends to be twentysomethings from Hollywood, and we’re loving it.

How do you anticipate the Mountain View location will be different?

We will have the multitouch terminals there. It will be more of a group experience. If you look at the people there, it’s a lot of groups: co-workers going out for lunch or dinner. Typical groups are six, rather than two or four. It’s a techie groupie thing.

Do you plan to open more uWink restaurants?

We will open more uWinks, but on an opportunistic basis. The restaurant world right now is a little bit under siege in terms of the stock market prices. We want to make sure we get everything back so the cost of capital isn’t so high.

Do you plan to franchise?

Yes, we have one agreement with a franchisee in Florida. They’re looking for real estate in the Miami-Dade area.