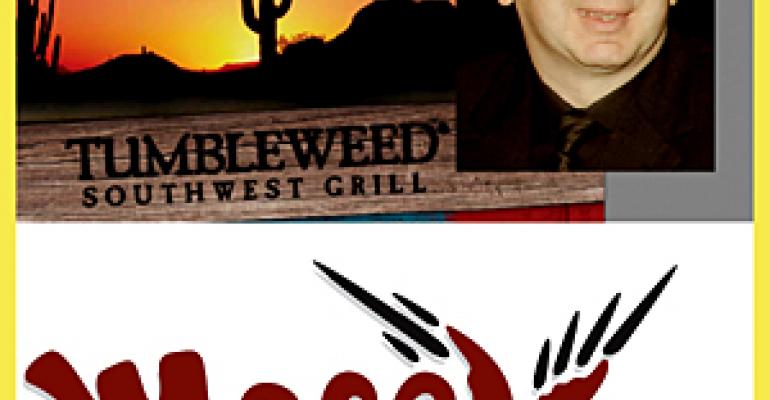 The deployment of feature-rich printers continues in foodservice as operators seek to improve customer-service efficiencies, sharpen their competitive edge and minimize repair and replacement expenditures.

Some establishments, such as 62-unit, Louisville, Ky.-based fast-casual operator Tumbleweed Southwest Grill, are deploying more sophisticated, belt-mounted wireless receipt printers with added security accoutrements. Others, such as 18-unit Macayo's Mexican Kitchen of Phoenix, are opting for printers that withstand the rigors of restaurant use without compromising diner-through-put rates.

Portable wireless receipt printers aren't new in and of themselves, but more recent entrants to the market offer a wide variety of enhancements. For example, Long Beach, Calif.-based Epson America has expanded its Mobilink high-speed thermal receipt printer series to include a model whose 802.11b interface is in compliance with the WPA2 — or Wi-Fi Protected Access2 — standard. Printers in the line, which are priced at around $999, also may be ordered with a Bluetooth interface instead of the 802.11b option.

Tumbleweed Southwest Grill is testing the Mobilink units as part of an initiative to improve the curbside carryout service offered at its restaurants, as well as to introduce "boatside" service at one store that lies adjacent to a 14-slip pier on the Ohio River.

"Our customers love the convenience of not having to leave their cars to pick up takeout orders, but they don't love waiting while servers go back into the restaurants to process their transactions and print receipts," said Steve Brooks, Tumbleweed's director of mission control. "We wanted to minimize the instance of delays — and, at the one location next to the slips, to make it" both possible and practical to service boats as well as cars, he added.

Brooks evaluated offerings from several vendors but chose the Mobilink units primarily because he believed their compliance with WPA2 and PCI standards would enable the company to attain the desired level of security for wireless transactions. Brooks also liked the fact that, unlike one of the other options he examined, the Mobilink printers come with ESC/POS, OPOS, JPOS and Windows drivers, rendering them compatible with Tumbleweed Southwest Grill's POS software platform.

Servers at two Tumbleweed Southwest Grill locations use the printers in conjunction with Motorola magnetic stripe reader-equipped MC50 hand-held EDAs, or enterprise digital assistants, running Positouch software. Once transactions have been executed, receipt printing is immediately initiated via an 802.11 connection.

Although Brooks was unable to specify a return on investment, or ROI, to date, he said generating receipts curb- and boat-side has shaved "considerable" time off customers' waits for order completion. The system also has contributed significantly to increased server efficiencies. A gradual chainwide rollout is very likely, the executive added.

Meanwhile, a need to decrease the incidence of breakdowns and to rapidly print two-color receipts without paying for "marginally useful extras" spurred Macayo's to gradually replace the up to eight thermal receipt printers the chain uses in each of its stores with CT-S2000 thermal units from Citizen Systems Corp. of Torrance, Calif. A high incidence of spillage caused problems with the chain's original units.

"In our environment, printers are constantly exposed to salsa, water and other hazards, and we are constantly amazed by peoples' ability to spill things where you never imagined they would," explained Lee Schnoor, Macayo's director of information technology, or IT.

Schnoor wanted units that could take such "abuse," but he had other requirements as well. Because the chain was not planning to simultaneously replace all its printers, the new models had to be backward-compatible with its older serial technology yet also equipped with a serial and parallel USB interface. Also on the list of "musts" were features that would enhance employee productivity, along with a lack of "over-engineered, unnecessary bells and whistles."

Schnoor said equipment damage is no longer an issue for Macayo's, as the proprietary Spill Shield incorporated into the CT-S2000s, with a list price of about $300, prevents spilled food and beverages from entering the printer mechanism. In addition to the elimination of expenditures for replacements, he said, "there are no more lost revenues or frustrated customers waiting while [we] try to dry out a non-functioning printer" and replace the media. A high-speed direct memory access, or DMA, CPU allows the printers to operate at a speed of up to 220 millimeters per second, paving the way for more attention-grabbing receipts and coupons that may bear promotional messages to be generated in less time than in the past.

Schnoor added that an intuitive loading feature lets inexperienced employees quickly replace media, which further streamlines operations. By contrast, he claimed, such options as fancy printing fonts would not add any value to the units.