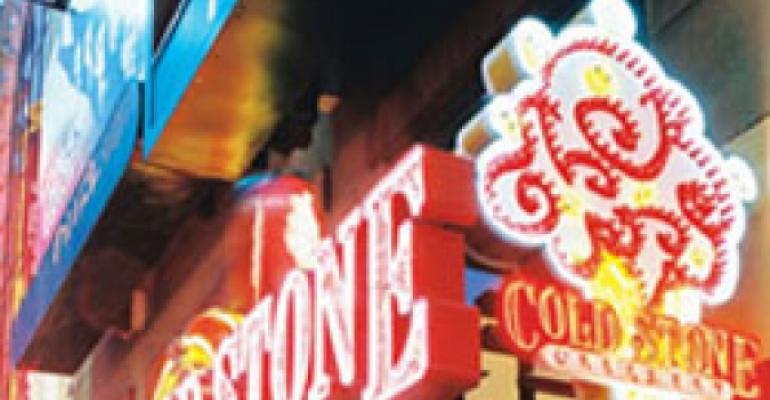 Amid the deepening economic crisis, a growing number of franchisors are putting their money where their growth is.

Before the stock market tanked and the credit markets froze as even Small Business Administration loans became scarce, smaller growth outfits like Trufoods LLC and pizza chain franchisor Straw Hat Cooperative Corp. and chains such as Cold Stone Creamery sought profits as usual by signing up franchisees. But the economic climate has made that far tougher, forcing franchisors to rethink their growth strategies and how to pay for them.

While Trufoods and Straw Hat still plan to add dozens of new units next year, they’ve begun providing bridge loans or financing to franchisees to meet those targets.

At New York-based Trufoods, plans call for Andy Unanue, the company’s chief executive and the grandson of Goya Foods’ founder, to commit a few million dollars from his personal fortune to a separate financing company that will provide loans to franchisees.

These moves parallel broader industry trends. Last month, Domino’s Pizza Inc. became the first major franchisor to say it would make small loans to strong franchisees that want to buy more units. Papa John’s International Inc. recently followed suit, and even financed the acquisition of corporate locations by a franchisee. At the Restaurant Finance & Development Conference in Las Vegas this month, numerous franchisors, from Jimmy John’s to Marco’s Pizza, said they had to start thinking of various ways to help franchisees survive the current credit freeze.

Jimmy John Liautaud, chief executive and founder of the Champaign, Ill.-based Jimmy John’s Gourmet Sandwiches chain, told a panel that he has “six meetings with each of you banker dudes…and I’ll offer full disclosure, anything you want to know.” That was the pervasive sentiment among operators in Las Vegas: Franchisors must play nice with lenders today and be open to creative solutions as both operator and lender navigate this new terrain of reduced liquidity and sector underperformance.

“If you want to move forward, you are going to have to dig into your pocket,” Stu Stolz, Trufoods’ chief operating officer, said in an interview. “And thank God we are in a position to help.”

Acting as a banker, however, poses two big challenges for franchisors. First, they are adding locations despite widespread consumer cutbacks on spending, rising unemployment and trillions of dollars erased from diners’ financial portfolios. Most chains have decided to pull back on growth during these times. Second, they are making a dramatic break with their business model. For publicly owned restaurant companies, that could mean having to consolidate franchisees’ results into corporate results, or guarantee loans, depending on interpretations of financial accounting regulations, such as the so-called Fin 46.

“One of the major benefits of franchising is not funding the growth, and this sort of defeats that purpose,” said Robert Bielinski, managing director in the commercial and industrial unit at CIT Group.

But Stolz of Trufoods, which boasts 100 locations nationwide and systemwide sales of $40 million, insists that inexpensive concepts—even one whose very name, Wall Street Deli, is now synonymous with financial crisis—still merit expansion. In addition to the sandwich chain, Trufoods’ other concepts include Arthur Treacher’s Fish & Chips, Pudgie’s Famous Chicken and Ritter’s Frozen Custard.

“We are willing to take some chances on key franchisees we already know,” Stolz said.

Trufoods plans to open three Arthur Treacher’s stores over the next year, for a total of 37 locations of that chain, and six Wall Street Delis, half of which will be franchised, for a total of 28 units for that brand. An in-line store costs about $150,000 to $175,000.

A franchisee with one unit and $100,000 in cash would be a good candidate for a loan, Stolz noted. He added that Trufoods expects to finance the whole build-out, so the franchisee can maintain liquidity. The debt would be a percentage point or two above LIBOR, the rate at which banks lend to each other, and would carry a term of five years to 10 years.

“We really want to do this [growth], and we have to come up with a different plan to help these people,” Stolz said.

Straw Hat’s president and chief executive, Jonathan Fornaci, believes a pizzeria where a family of four can eat for $20 fits the zeitgeist. He plans to add 42 eateries to the 58-unit chain, which is based in San Ramon, Calif.

With roughly $25 million in total capitalization, Straw Hat completed a $1 million private placement of a 20-percent stake in the company in September. Fornaci undertook the offering for a cash infusion to offset the slowdown in Small Business Administration lending, equipment leasing loans and tenant improvement loans from landlords.

Since the September transaction things have only worsened on the SBA front, with loan volume under the main 7(a) program plunging 50 percent in October from year-ago levels. At press time, Sens. John Kerry, D-Mass., and Chuck Schumer, D-N.Y., were trying to break the logjam, pushing the SBA to grant bridge loans to small businesses.

Fornaci is not waiting for government action. Tapping the proceeds from the share offering, Straw Hat has recently made four loans, in amounts ranging from $15,000 to $45,000, to franchisees to get them up and running while they await SBA financing.

Earlier this month, new Straw Hat Pizza franchisees Dana and Guy Wolsten obtained a $150,000 bank loan, backed by the SBA. Straw Hat put them in touch with the bank, and provided financial assistance, too, via deductions on items the Wolstens had to purchase through the franchisor.

“My husband and I always wanted to have our own business,” said Dana Wolsten. “This made it easier for us.”

Once a hot-growth story, Cold Stone will shed between 80 units and 100 units this year, on top of 100 that closed last year. The retrenchment is occurring amid criticisms from franchisees related to high costs and melting profits. New president Dan Beem still wants growth, he said, but is focusing on improving per-store revenues, rather than adding units at a time of flagging same-store sales. Cold Stone is one of several brands owned by Scottsdale, Ariz.-based Kahala Corp.

In a bid to boost average-unit volumes to $500,000 from the current $360,000, Beem is trying co-branding with Rocky Mountain Chocolate Factory and Tim Hortons, the large Canadian doughnut chain. Cold Stone will invest $30,000 to $50,000 per unit for a handful of tests at franchised branches, money that typically would have come from franchisees.

“Franchisors need to take a step back and sit down with lenders and make it happen,” Brown said. “Where there is a will, there is a way.… It’s about a new mind-set.”