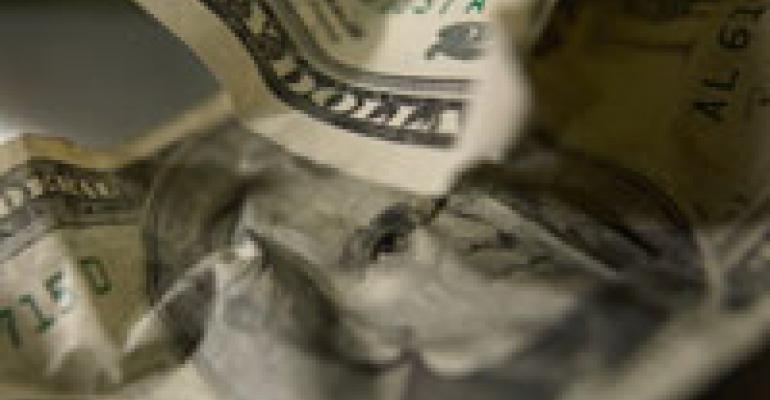 Economic recovery? Not so fast

Restaurant operators can celebrate the worst of the recent economic downturn being over, but they shouldn’t expect a broad, robust recovery in the near term, officials at research firm Technomic Inc. told attendees of its 2010 Trends & Directions Conference.

In his “State of the Industry” keynote Wednesday, Technomic president Ron Paul said the nascent economic turnaround happening now would continue, but a significant bounce back to sales levels of only a few years ago before the “Great Recession” is not forthcoming. Chicago-based Technomic’s conference was held at the Donald E. Stephens Convention Center in Rosemont, Ill.

“Yes, we’ve hit the bottom and the economy’s growing again, but it will take a long time to get back to the sales levels of 2007 and 2008,” Paul said.

The most important economic indicators for the restaurant industry to watch include unemployment, disposable personal income and consumer confidence, all of which remain at suboptimal levels, he said.

“And the real wild card is going to be commodity prices,” Paul said, which may rise again soon.

Technomic forecasted flat sales for 2010 in the limited-service restaurant category, which includes quick service and fast casual, though the firm did predict some modest sales improvement in certain segments, like Mexican, doughnut, bakery-café, and hamburger. In 2009, aggregate limited-service sales fell 0.5 percent, Technomic reported. The firm expects the full-service segment to narrow its sales losses to around 4 percent in 2010, a slight improvement from the segment’s 6-percent decrease recorded in 2009.

Total restaurant industry sales decreased last year due in large part to 8,000 net unit closures, Technomic reported. Most of those closures took place in the casual-dining segment as some of the chains suffered from a lack of differentiation and were forced to shut down, Paul noted.

“It was the first time in many years that there was an actual decrease in units,” he said. “This industry always has grown primarily by opening more stores.”

While restaurant sales will grow slowly, he added, a stronger recovery won’t take hold until certain economic factors, notably unemployment, start turning in the industry’s favor. The national unemployment rate remains at 9.7 percent as of May, and it varies dramatically by region, including rates of 11.2 percent in Florida, 12.3 percent in California and 13.7 percent in Michigan.

“If you break it out by age, it’s even worse,” especially for young Americans, Paul said.

Certain quick-service chains, like Hardee’s and Carl’s Jr. have said sales have suffered from reduced traffic among its core audience of young males, as that demographic has been hit hard by job losses.

Disposable personal income also remains weak, Technomic found, citing a U.S. Bureau of Economic Analysis report showing that the real change in disposable income compared with the previous year rose only 0.9 percent in April. The Consumer Confidence Index was middling at 57.9 in April, a marked improvement from its nadir of 25.3 in February 2009, but still well off the 111.9 score from July of 2007.

“Consumer confidence is probably what correlates most with customers ‘trading down’ or ‘trading out,’” Paul said. “You’re not going to raise the average check or get out of the dealing and couponing business until the Consumer Confidence Index starts to go up.”

Still, economists are relatively more optimistic for the U.S. economy’s prospects in 2010 than they had been in past years, said guest speaker Paul Kasriel, director of economic research at Northern Trust Corp. He agreed with Technomic’s assessment that an economic recovery, however rocky, is underway and that it would remain slow and steady through the remainder of 2010.

“Once in motion, economies stay in motion,” Kasriel said. “No economic expansion ever died a natural death; it’s been put to death by the Federal Reserve.”

That’s not a worry at this point for Kasriel or many other economists, he said, because the Fed has indicated it won’t significantly raise interest rates any time soon.

“But spending won’t surge [to pre-recession levels] because we’re not borrowing against our home equity anymore,” he said.

Kasriel also predicted that the government would be able to stimulate more demand in the run-up to the midterm elections in November, as only 40 percent of funds from the American Recovery and Reinvestment Act have been allocated so far and elected officials surely would increase such spending.

For restaurants, unemployment will be a lingering headwind, however. The U.S. financial sector will struggle for a time as well. Banks won’t be coaxed into extending more credit, Kasriel said, because they’ll be worried about future losses — specifically in the commercial real estate market — and about new capital requirements.

During a question-and-answer session at the conference, Kasriel indicated that the scheduled expiration of Bush administration tax cuts on the nation’s highest earners would not kill the recovery.

“The economy did fine during the Clinton administration [when rates were raised to the proposed levels],” he said. “I hear that entrepreneurs won’t take risks if the top tax rates go up. Hell, they’ll take risks until that rate’s 100 percent. That’s why they’re entrepreneurs. They’re not going to say, ‘Well, my tax rate’s going from 36 percent up to 39.5 percent, so I’m going to hang ’em up.”

Kasriel also downplayed fears that government budget deficits and sovereign-debt crises in Greece, Spain or Portugal would derail the global economy, calling it “really much ado about very little.” The European Union and the International Monetary Fund have pledged sufficient amounts of capital to head off a wider crisis, he said.

In addition, developing economies in Latin America and Asia — specifically Brazil, India and China — are likely to drive global demand for a protein-rich diet and greater standards for health care, which in the long run could benefit the American agricultural sector and secondary companies like John Deer or Monsanto or health care players like GE and Abbott Laboratories.

Kasriel concluded his speech with a tempered outlook for the rest of the year.

“The economy will grow, but not robustly,” he said. “Inflation is not a clear and present danger, but unemployment is not likely to come down. We’re creating jobs, just not enough of them.”