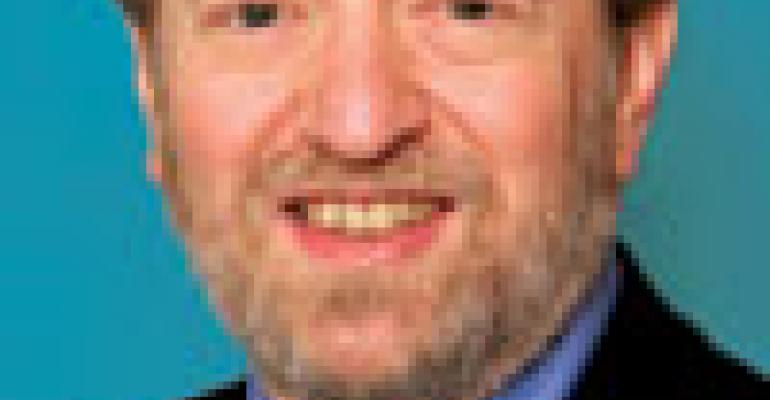 D.C. operator offers optimistic outlook for 2009 and beyond

This recession has so acclimatized all of us to register only the bad news that any glimpse of a positive development is seen as being little more than a momentary aberration. Yet there still is plenty of good stuff to write about, and you don’t have to go too far to find people getting on with their lives or, more to the point, their businesses.

One operator in Washington, D.C., who is expanding in the face of the troubled economy is Dan Mesches, chief executive of the Stir Food Group. A past chairman of the Restaurant Association of Metropolitan Washington, Mesches owns and operates Zola as well as an on-site business that manages foodservice at the International Spy Museum, which also includes the Spy City Cafe. He says 2008 turned out not to be a bad year for his company, but he acknowledges that 2009 is shaping up to be a tougher one for D.C. operators.

Nevertheless, he says he is heartened by the new administration and new members on the Hill.

Putting his money where his mouth is, Mesches recently debuted Zola Wine & Kitchen, a 3,400-square-foot wine shop that also houses the company’s new test kitchen. The shop will feature about 400 selections, 60 percent of which cost $20 and under, and many of which are boutique wines not traditionally sold in stores.

Wine tastings will be held on the kitchen side, so food also can be offered. The test kitchen also will allow the company to offer cooking classes.

However, it’s chief purpose for now will be to allow executive chef Bryan Moscatello and his staff to test dishes bound for Stir Food’s newest restaurant, Potenza. Located two blocks from the White House, Potenza is a rustic Italian restaurant with a check average expected to run about $20 per person for lunch and $40 for dinner. It is scheduled to open next month.

Potenza also will house a separate bakery that will prepare all of the breads for the various restaurants as well as offer retail sales.

Stir Foods also has reached out to local farmers and suppliers. The company now buys 95 percent of its meat from local farms and has been talking to other farmers to supply produce, Mesches said. By the end of the year, he expects to source half of all products locally.

Despite the prevailing economic mood, Mesches is upbeat.

“We feel good; we are well capitalized,” he said, noting that his financial partner, Milton Maltz, is involved in all key company decisions. “If you don’t have someone like that behind you, particularly when banks aren’t loaning much, it’s a no-go.” But, he added, “there’s new energy in town now, and the economy is better in D.C. than other places around the country, so we’re optimistic.”