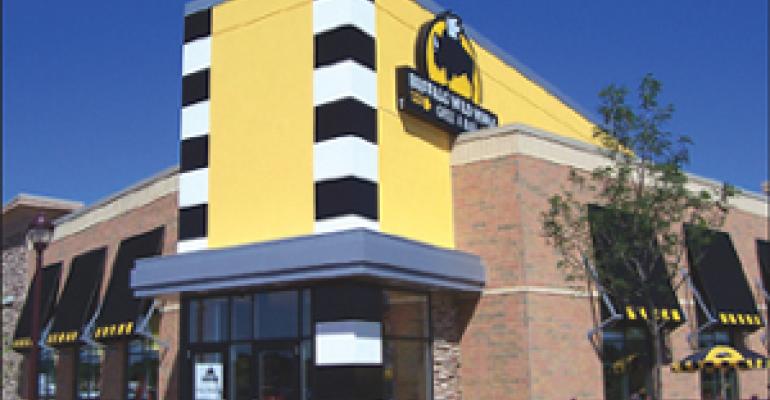 By better understanding their best customers and plugging that knowledge into their site selection criteria, some restaurant chains are hitting home runs in new trade areas where they previously had little or no market exposure or experience.

Those methods can increase an operator’s chances of finding high-performing locations that can remain competitive for years to come, proponents say. The process also can alert operators to real estate deals that should be avoided and identify units that may have to be moved or closed.

Many chains since the late 1980s have used statistical modeling and sales forecasting, which relied heavily on Census Bureau data to decipher the demographic characteristics of a given ZIP code along with information about a trade area’s businesses.

In contrast, customer segmentation analysis uses what operators already know about their best guests from focus groups, credit card data, website questionnaires and feedback from blogs to determine if like-minded but untapped consumers are nestled in new markets.

With approximately 450 stores in 37 states, the sports-theme, casual-dining chain—known for packing some 40 high-tech televisions in each unit—plans to hit 500 units before year’s end, McClintock said.

He said his company has used software from a Boston-based retail site selection forecasting and statistical modeling firm called GeoVue to open as many as 40 percent of the chain’s current franchised units.

While as a franchisor McClintock is prohibited by franchising laws from discussing sales predictions with prospective licensees, he said he personally uses the sales-forecasting feature of the software as an extra tool to determine if a proposed franchised unit will make it. He said the process is effective enough to give him confidence in evaluating which proposed franchisee sites to accept or reject prior to an on-site visit.

“If you review a trade area that discovers hundreds of thousands of people, but the data comes back indicating that a high percentage of them don’t like going out to eat, you know to be cautious in that trade area.”

“Once you know who your customers are, you should create a customer profile program to assist with site selection even in places where you have yet to open a store,” he said.

A case in point, McClintock noted, was the positive customer reception to one of the chain’s newest franchised stores, a five-month-old unit in the Atlantic Center mixed-use retail, dining, office and transportation center in Brooklyn, N.Y.

The unit’s door is in the same corridor as the entrance to Target, which anchors the mall. The restaurant, the only Buffalo Wild Wings unit so far in the city of New York, was opened by a franchisee committed to opening 36 restaurants in New York, Connecticut and New Jersey in coming years.

King noted that previously the chain did not need to know who its customers were because it had a simple and successful expansion strategy: It only opened in residential neighborhoods or tiny strip centers where there were mom-and-pop businesses like video stores, dry cleaners, barber shops, banks or liquor stores. Because customers take the pizzas home and bake them, the units have no indoor seating and some of the smallest footprints in the restaurant world, needing only 1,000 to 1,200 square feet. In addition, most guests tend to live closer to Papa Murphy’s restaurants than do guests at segment rivals.

“We are reaching the point now where it is good that we have the intuition to know what works, because there is so much new blood coming into the company and into our franchise community that we are now going to need the science behind the intuition, and that is where this software comes in,” he said.

Rudy Nadilo, chief executive of GeoVue, said his company and others like it put real estate decisions back in the operator’s hands and not in those of outside commercial brokers.

Nadilo said that throughout most of the restaurant industry’s history, executives would hire commercial brokers to find the chain sites in a new market based on a map that highlighted certain demographic features, roadway presentations and commuting times that served the brand well in established locales.

But what sophisticated operators are learning—and by sophisticated, Nadilo stressed he was not referring to giant national chains, many of which he said were still employing old techniques to find sites—is that they don’t need to react to a broker’s site pitches.

“It’s sad to say, but so many franchising deals are struck because a guy’s brother-in-law owns a piece of real estate downtown and the company and the broker say, ‘Oh, that’s a good location for us,’” Nadilo said. “So you sell a franchise and open a new store, and it looks good in the franchising department but it turns out to be a dog site.”

He continued: “What smart companies are doing is using site evaluation and forecasting sales data based on high-performing units, give it to a broker and tell them, ‘Hey, this is what has worked for us in the past, go and find us five or 10 places in this ZIP code area that match these kind of characteristics and come back and talk to us.’ Then, when the broker comes back, that is when the companies plug in their customer data to see if it will seal the deal.

“The difference is that for the first time chains are saying to brokers: ‘You don’t tell me where I could be. I’m telling you where I should be. Now find the site,’” he said.