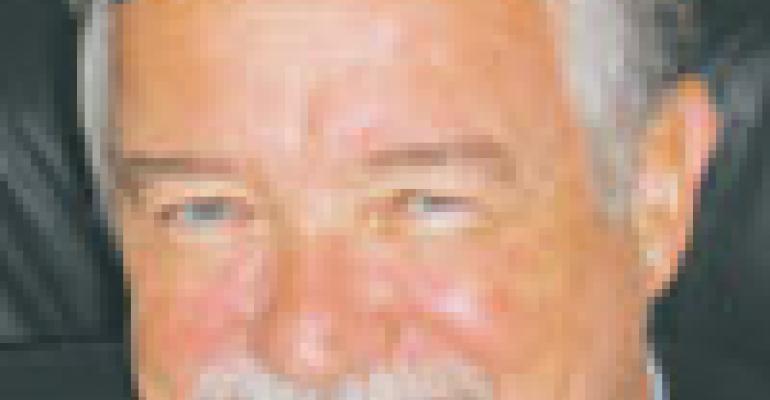 Even as the pundits forecast another year of challenging business conditions for the foodservice industry, few believe the “Great Recession” has permanently cooled the consumer’s ardor for dining out.

Still, some say, restaurants in post-recessionary America will find themselves having to compete even more aggressively than before for their slice of the spending pie—which itself could be smaller than it has been in previous years.

A year after the nation’s economy teetered on the brink of collapse, consumers still fear that the worst might not yet be over. The savings rate has risen to its highest level in years, the median household income stubbornly demonstrates little sign of growth, and Americans remain uncharacteristically thrifty even when they are willing to part with a piece of their paycheck.

Nevertheless, some observers say, the dining-out habit has been imprinted too deeply into Americans’ psyche over the past several decades to be so quickly purged.

“Yes, there is a lot of fear about unemployment, and Americans are watching their dollars closely,” says Bob Paine, restaurant category consultant for Affinity Solutions Inc., a New York-based company specializing in reward programs for retailers.

“But dining out in restaurants will come back,” he continues. “We live in a society of convenience and two-wage earners. There’s little chance things will take a big step backwards.”

Some wonder, however, whether that business will indeed rebound to 2005-2006 levels—a time when the entire industry seemed to be pumped up on growth steroids.

“Americans have been learning they can live without dining out [over the past 18 months],” says J. Walker Smith, president of Yankelovich Monitor Group, a trends and research consulting firm based in Chapel Hill, N.C. “Now, they’re trying to decide whether dining out remains a priority in their life.”

Consequently, restaurants will have to compete with retailers and service providers for a portion of the consumer’s disposable income that many had taken for granted just a few years ago. “It’s not just a question of competing against other restaurants,” Smith says. “We’re entering an age of prioritization. The consumer knows he can’t have it all at once anymore. What will it be—eating out, a vacation, a new car or a piece of consumer electronics?”

So what should the restaurant industry expect from consumers as they gradually extricate themselves from this landmark recession? Will the current mood of concern and caution become the “new normal,” or will the party recommence immediately?

Most agree that the market eventually will rebound, but the road back to full recovery could be a long one.

“We will see a gradual migration back to some sense of normalcy,” says Tom Kelly, chairman and chief executive of Revenue Management Solution LLC, a Tampa, Fla.-based consulting group that provides econometric services. “We’ll start to get some normalcy starting as early as [next] May…providing we don’t see an echo-recession.”

The ability of businesses to convince consumers to start spending again over the next couple of years will be a key factor in the rate of recovery. One effect the recession has had on consumers—the ones who retained their jobs, anyway—is it convinced them to husband their money. In 2005 Americans’ personal savings rate fell into negative territory, a trend that had not been seen the Great Depression. The saving rate hovered near zero through early 2008.

But things changed during the Great Recession. The savings rate climbed above 6 percent last May, and some observers say it could go higher as edgy Americans attempt to insulate themselves against more potentially bad economic news.

Now that the country is beginning to see flashes of light at the end of the tunnel, though, those consumers will have a decision to make: Will they return to their freewheeling spendthrift ways, or will they keep squirreling their money away for an economic winter?

Kelly says he is skeptical that Americans will continue to save at current rates once the economic storm clouds have passed, but Smith thinks the mood could be otherwise.

“Saving is back on the table and will play a role,” he says. “People will have to be convinced to put money back into the economy.”

As the nation moves into a recovery period, Smith says, a new consumer mind-set will emerge.

“Business needs to give consumers permission to be hopeful about the future again,” he says. “If [the message] echoes peoples’ fears and anxieties, business will continue to market to a recessionary mind-set.

“People have been taking money out of the economy. Now they need to have permission to put money back. Marketers should not be afraid to go after it.”

Another problem that could impact the industry in post-recessionary America is the torpid median household income level.

“We haven’t seen the median household income increase in almost a decade,” says Harry Balzer, vice president of the NPD Group in Port Washington, N.Y. “People just don’t have any more money to spend [than in previous years.]”

Until about 2000 Americans were gradually becoming wealthier, Balzer says. But not these days. “The median household income in 2000 was about $50,000, adjusted for inflation,” he says. “The [real] median household income in 2007 was still about $50,000.” Today, even Americans who have survived the recession with their incomes largely intact are finding there is no additional money in the pipeline on payday.

Another worrisome factor is the discounting frenzy, a practice that has become pervasive over the past 12 months or so. Some operators express concern that once consumers have experienced the promised land of deep discounts, they will never willingly return to the old world of full prices.

Kelly, who taught for 30 years at the Cornell School of Hotel Administration, disagrees, however, and predicts, “There will be a weaning away from the depth of the deal.” What will remain, he adds, is the consumer’s appreciation of value.

“And value doesn’t necessarily mean something is cheaper,” he says. “It has more to do with the ‘experience’ of dining out.”

Paine agrees, saying: “There is a real distinction between value and simple discounting. How many times have we shopped a special? You go one time, and then return to your normal pattern. Restaurants that create value over the long-term have a distinctive leg up.”

Consumers coming out of the recession will be more discerning, Paine continues.

“They’ve gotten a little smarter about every purchase they make,” he says. “The consumer will continue to use a sharper lens when it comes to purchases.”

For the time being, though, consumers’ buying habits will be driven by a quasi-recessionary mind-set, particularly where fine-dining restaurants are concerned. Tim Zagat, founder of the Zagat Survey, says people “are not going to stop eating out.”

“That makes no sense,” he says. “But they are paying attention to cost and skipping unnecessary things like alcohol and dessert.”

The consumer also is eating in “less-expensive places,” he says. “Long-term, I think we will see [high-end] restaurants become more casual. People have learned how to eat well inexpensively, and plenty of restaurants know how to cater to them.”

At least for the near term in America post-recession, he says, “high-end restaurants will be tough to pull off. Those that plan to succeed had better be damned good, like [New York’s] Per Se. [Those restaurants will] survive, but they’ll end up representing a very small percentage of the seats.”— [email protected]