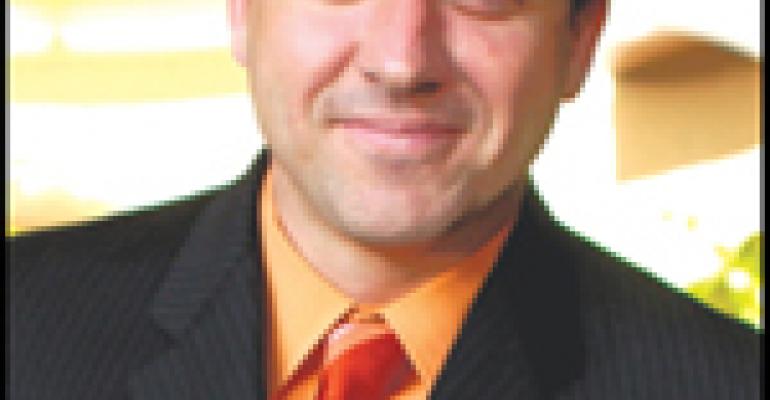 For Al Falchi, news that a tanker explosion in late April had melted a sizeable chunk of the knot of elevated highways called the MacArthur Maze near his San Francisco restaurant prompted a feeling of déjà vu.

Falchi, who has owned The Waterfront restaurant on San Francisco’s Pier 7 for 37 years, has seen the nearby freeways fall before—like after the Lomo Prieta earthquake of 1989—and he has endured several lengthy construction projects outside his restaurant’s door that interrupted business and tested his mettle. So he is holding his breath to see what repairs to the tanker-imploded road will entail and how they will affect his livelihood.

“It will take probably a year to fix that,” Falchi says of the multilane connector, where three of the Bay Area’s major highways merge. “The people in Oakland and Emeryville are really affected. They will think twice before coming to San Francisco.”

He adds, “Al Qaeda couldn’t even have done a better job.”

Whether prompted by accidents, natural disasters or someone else’s notion of progress, construction to nearby roads and buildings is an inevitable fact of business life for restaurateurs. While statistics on the amount of road and other construction done annually nationwide are hard to come by, bulldozers, paving crews and “Men at Work” signs pop up across the country each spring with the same regularity as daffodils and hyacinths.

Last year the number of projects on the country’s interstates, U.S. routes and major state routes swelled from 1,681 in April to 2,111 in August, according to Rand McNally data.While those figures only include substantially disruptive projects on major roadways, they mirror the increase in projects across cities and towns nationwide.

Although no one would argue that dust and jackhammering do anything to enhance the dining-out experience, many operators have found innovative—and sometimes humorous—ways to keep customers in their seats in spite of the hardhat-wearing crews outside their doors.

“I have done everything from wrapping port-o-potties to outfitting construction workers in shirts that read, ‘Powered by Champps,’ ” says Rachel Phillips, director of marketing for Champps Entertainment Inc., the Denver-based parent of the 62-unit Champps Americana casual-dining chain.

WHEN LIFE GIVES YOU LEMONS …

Stay informed. Gather all pertinent details about the construction and its expected duration.

The key, Phillips says, is evaluating the situation and figuring out strategies that not only let potential customers know a restaurant blocked by construction is open, but also generate media buzz.

“You have to stay grounded, approach the situation tactically and think about how you can use the construction landscape in a creative way,” she says. “It could be a bigger plus than you expect.”

Al Falchi is the first to admit that his restaurant’s location is enviable. Situated on Pier 7 in San Francisco, The Waterfront has a breathtaking view of the San Francisco Bay and is easily accessible from the Embarcadero.

But more than a few times during The Waterfront’s lifetime, when heavy equipment became a seemingly permanent part of the restaurant’s landscaping, Falchi says that no one in his right mind would have coveted the setting.

In the early 1980s, the restaurant was blocked by a two-year construction project to install a sewer under the roadway. In the fall of 1989, the Lomo Prieta earthquake damaged the nearby freeway, resulting in another two-year project that kept traffic away. From about 1990 to 2000, the 7.5 miles of the Embarcadero, a portion of which is in front of the restaurant, was widened and beautified. Palm trees, park squares and a streetcar were added, eventually creating a major lure for San Francisco’s tourists. But before Falchi could benefit, he had to survive it all.

“I’m still here after 37 years, but a couple of [the interruptions] were real hiccups,” he says.

What helped him hang on, he says, were deep pockets, loyal customers and a bit of ingenuity.

When the street was dug up in the early 1980s, Falchi relied heavily on the dedicated clientele he had built during The Waterfront’s first five years of business. In fact, he treated them like royalty.

“To get into the restaurant you had to walk across boards over dirt,” he says, recalling how he bribed construction workers to lay down the boards. “So everyday we put out red carpets over the boards.”

Then, as patrons enjoyed their meals, Falchi’s valets—“I had great valets and still do,” he says—would wash the cars that had been soiled by the construction.

“It was a gimmick to get people in,” Falchi says.

Over the years Falchi says he also has become an expert in guerilla marketing, placing coupons in every book available, putting up signs and “doing anything to get people through the door just to stay afloat.”

During one project, he and his hospitality peers threatened to sue a local station whose traffic announcer repeatedly warned people that they were better off staying home than trying to navigate the construction in San Francisco. And, he says, he has always tried to work in alliance with construction officials.

Still, he admits that persevering has not been easy. For that reason, he says of impending construction projects, “if you know it’s going to be long-term, move.” —Robin Lee Allen

When three port-o-potties obscured the sign to a Champps location in Houston a few years ago, Phillips dressed both the portable toilets and the construction workers so they promoted the restaurant. She also served the crew plenty of party platters. The efforts attracted local press and buoyed the spirits of the restaurant’s staff, she notes.

“It gave [Champps employees] the mental wherewithal to get through it,” Phillips says, adding that construction can deter restaurant workers as easily as it does patrons.

At a previous employer whose business was interrupted by the construction of the Ritz-Carlton Towers in Dallas, Phillips draped a huge crane with the restaurant’s name and an arrow pointing down to the eatery. More recently, when construction in Westlake, Ohio, forced one nearby operator out of business and Cold Stone Creamery began announcing it was coming soon to the location, Phillips put up a sign reminding everyone that: “Champps is here. You can get your ice cream after you eat at Champps.”

“Approaching things with humor is hard to do because your initial reaction is, ‘My God, I can’t lose sales,’” she says. “But when you put some wit behind what you’re doing, everyone receives it much better.”

While there can be lighthearted ways to deal with construction, the reality is that if the prolonged presence of heavy equipment doesn’t kill a business outright, it can depress sales dramatically. And that’s no laughing matter.

“Construction is not a death knell, but it’s a vial of poison,” says Aaron Allen, founder and chief executive of Quantified Marketing Group, a restaurant marketing and public relations firm in Orlando, Fla. “But you can come out stronger on the other side.”

His family once owned Allen’s Seafood Restaurant in Panama City, Fla., and endured a yearlong construction job on a nearby bridge that disrupted traffic, caused physical damage to the property and cut sales by about 40 percent, he says.

“They were driving pylons into the building, which caused visible cracks,” he says. “The [Department of Transportation] and the state of Florida offered no help.”

The family eventually was aided by the local restaurant association and turned to the courts.

“We ended up getting a million-dollar settlement, which sounds like a payday,” Allen says, “but the construction had shaved that much off of the business.”

Given his family’s experience, Allen advises operators faced with construction projects to seek help immediately from legal professionals and the city and state officials overseeing the work.

“Hire an attorney,” he says. “As marketers, we are handcuffed quite a bit. No one wants to get in the way of beautification. But we’ve seen several bankruptcies result from construction. It’s prevalent all over the country. The [operators] that do survive seek legal representation and considerations.”

Among the considerations Allen suggests obtaining are signage, ease ways, sidewalks, turn lanes, traffic lights and workplace compliance, so no tractors are left parked in front of the eatery at the end of the day. He also says restaurants affected by nearby construction should be clean and well-lit.

“You need to power wash the outside of the building,” he says. “If the whole area looks like a war zone, [customers] will stay away. The restaurant needs to stand out.”

In short, he says, operators should go to great lengths to keep regular patrons coming in, so they don’t become accustomed to eating somewhere else during the construction and then fail to return after the heavy equipment has been lugged away.

“The biggest thing is to really look at the situation and remember the quote from F.W. Woolworth, who said, ‘I am the world’s worst salesman, therefore I must make it easy for people to buy from me.’”

That’s exactly what the team at Catch 35 did when the city of Chicago spent six months tearing up the portion of Wacker Drive where the restaurant was located earlier this decade. That construction, part of a 21-month, $200 million project, coincided with the terrorist attacks of Sept. 11, 2001, dealing area restaurants a double whammy as convention business simultaneously dried up.

“We didn’t have a front door,” Berngard says. “There was no more street. I’ll never forget when the city of Chicago came through the restaurant and said, ‘Your entrance in closed.’”

City officials suggested that patrons could access the 270-seat restaurant through the lobby of the high-rise office building in which the restaurant is located. But Berngard and his colleagues eventually persuaded officials to create a separate entrance through some side doors. Then came the more difficult task of making sure potential customers knew that Catch 35 was open despite the mess outside.

“We made some immediate decisions that we were going to have to spend a lot of money in marketing and advertising,” Berngard says. “People had to know we were still open. We increased our radio time, we did a lot of cable TV and TV advertising.”

The company spent about three times its regular ad budget to boost Catch 35’s visibility throughout the construction. Berngard also turned an ad featuring two chefs holding a fish that had run throughout the year into a 15-foot-by-4-foot banner that was plastered around the restaurant. Most important, he says, was the marketing within his four walls.

“As soon as someone called, we wrote out very thorough directions for the customer” explaining how to find the valet parking, which was relocated to a different street, as well as how to enter the restaurant, he says. During the first few weeks of construction, Taste America also hired extra staff to stand outside the restaurant, guide pedestrians to the relocated door and park cars.

While the city’s closure of Catch 35’s entrance came as a surprise, Berngard quickly made it clear that he wanted to be informed about all further developments and included in any meetings about the construction.

“It was very traumatic,” he says. “We managed to hold our own—we were flat, but last year we had our best year ever.”