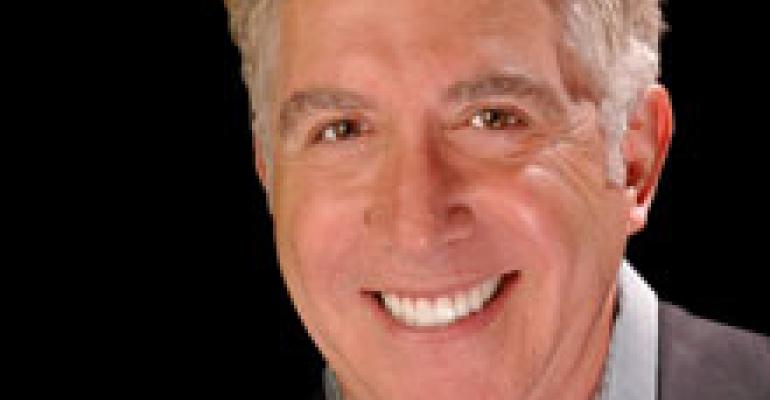 Charlie Brown's has overhauled its menu and redesigned its restaurants in a quest to become a more competitive player in the steakhouse segment, chief executive Samuel Borgese said.

“Charlie Brown’s had always been defined as a classic steakhouse, and really, it was one back in the 1980s,” Borgese said in a recent interview with Nation's Restaurant News. “Steakhouses are indigenous to the area, and our demographic — people in our region — told us they wanted more classic items.”

As a result, he said, the menu was stripped down, but jazzed up to feature fresh, seasonal and local ingredients and better cuts of beef. Borgese also noted that the meats on the menu are all fresh, not frozen, USDA Choice steaks and prime rib. New items include prime rib sliders, a variety of filets, fresh fish and seafood, pasta and chicken.

“We have moved back to being a classic steakhouse in a neighborhood setting with food offered in a classic presentation,” he said. “We reduced from roughly 110 items to 60, 35 of which are new, took [the physical menu] down to three panels, and have focused on steaks, prime meats, fish and several combo dishes that have been tremendously successful.”

Borgese said the decision to reduce the number of items on the menu resulted from the pressure placed on the cooks to prepare so many items in a high-quality fashion.

"I was not proud, so we started from there," he continued. "I looked at what we were putting out and what our guests’ expectations were, how they felt about what we were serving them. That started the process.”

“All of the produce is fresh and prepped fresh," he said. "There is a tremendous amount of items on the bar — it’s pretty compelling. And certainly it is a favorite with our female guests.”

Borgese said the changes being made to Charlie Brown's also would help it appeal to customers who have become more frugal with their spending, but remain demanding in their tastes and desire for value. The chain's check average is around $19 per person, he said.

“Consumers are still in flux as to their discretionary spending habits,” he said. “As the consumer continues to deleverage and put more in savings, given the whole investment debacle of the last two years, they’re going to continue to be frugal about where they dine out and how often. They may dine out more in the next few months, but they’ll be more selective of where. They’re looking for quality items at reasonable prices.

Charlie Brown's also has started to spruce up its restaurants as part of its rebranding. New features include glassed-in meat display cases so diners can see the cuts of beef they are eating and rolling carts, which are used to present desserts tableside.

Next up, Borgese said, is a total redesign of the interiors to feature “warm amber and reddish tones." That process will start this fall and is expected to take a year to complete, he said.